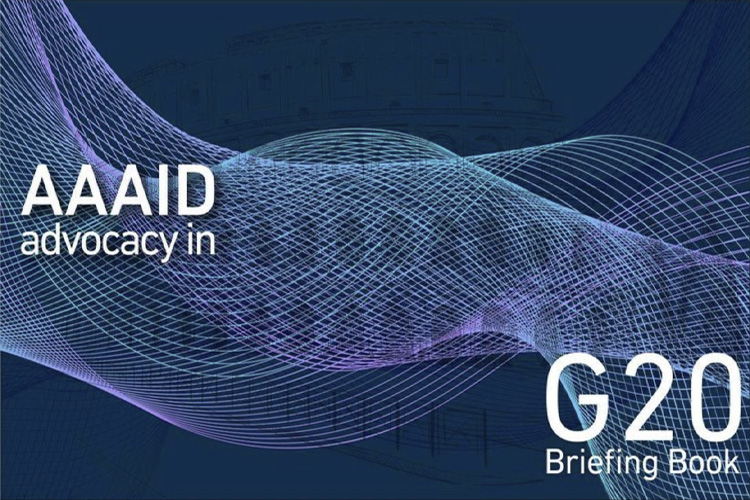 
As part of the keenness to ensure its continued participation in events that support food security progression and consolidate the relation between investment and agricultural development partners, the Arab Authority for Agricultural Investment and Development (AAAID) has participated for the second year in a row in the 16th edition of the G20 Summit, which was held in Rome/Italy on October 30 – 31, 2021, in the presence of heads and leaders of the member states and international organizations.

AAAID’s participation came as an advocacy in the G20 Briefing Book, in which its vision of enhancing food security was presented in the report that pointed out how AAAID operates on providing basic food commodities through agricultural investments in Arab countries, noting that AAAID has 21 contributing Arab member states, and an equity capital amounting to 729 million US dollars. The report also reviewed that AAAID contributes to the capital of 53 companies whose activities are concentrated on the agro-industry sector, animal and plant production sector, and agricultural services sector.

Additionally, the report also highlighted AAAID’s implemented programs to support female farmers, as well as small farmers and producers in the member states, through establishing revolving loan programs in rural areas in Sudan, Mauritania, Tunisia, Comoros, Egypt and other countries, with the aim of cultivating maize, sesame, millet, groundnut and other basic crops. The number of beneficiaries from the implemented program has reached more than 321.61 beneficiaries.

Furthermore, the report indicated that AAAID has supported the two initiatives launched by the Kingdom of Saudi Arabia “Green Saudi Arabia” and “Green Middle East”, which aimed to plant about 40 billion trees across the Middle Eastern countries in an attempt to help restore an area equivalent to 200 million hectares of degraded land and reduce global carbon rates by 2.5%.

The objectives of the initiatives are fully aligned with AAAID’s aspiration to expand its cultivated lands in the Arab countries in order to provide basic food commodities and ensure food security in the Arab world. Being a pioneer in developing strategies for agricultural innovation, AAAID has also fostered the UAE’s initiative for agricultural innovation in climate by illustrating studies and researches through cooperation and coordination with the public and private sectors in the same field, in order to achieve the initiative’s goal of reducing the repercussions of climate change and adapting to it.