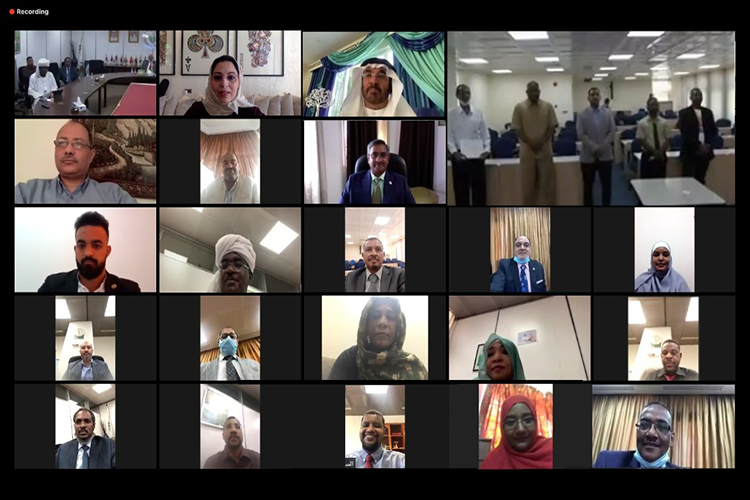 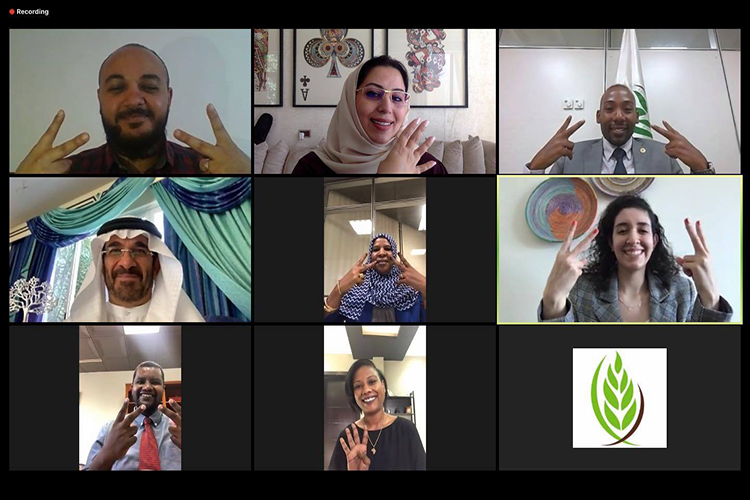 
The Arab Authority for Agricultural Investment and Development (AAAID) annually organizes its Career Excellence Award Ceremony, which is dedicated to celebrate and honor distinguished staff from various positions and categories at the Arab Authority.

In order to adhere to the health and safety procedures and measures followed to limit the spread of the Corona virus. The Arab Authority for Agricultural Investment and Development organized the Sixth Career Excellence Award Ceremony for its staff at the headquarters in Khartoum and the regional office in Dubai, virtually, through the Zoom video communications application, on October 3, 2020.

During the ceremony, His Excellency Mohammed bin Obaid Al Mazrooei, President of AAAID gave a word of welcome to the attendees, thanking them, and congratulating the employees who were honored from the departments and organizational units at the Arab Authority. His Excellency also commended the continuity of the celebration in its sixth year to spread the culture of creativity and excellence and its practical application to develop the spirit of competitiveness and leadership. His Excellency wished that the next year would come to witness more successes and creative initiatives that are in the interest of advancing AAAID and its human resources. To conclude his speech, His Excellency congratulated all the workforce of the Arab Authority and thanked them for their presence, wishing them good health and prosperity.

In continuation of the generous initiative of His Excellency the President of AAAID to pay tribute to individuals who have worked at the Arab Authority in previous years, Professor Hamid Othman Burhan, renowned scientist and expert in the field of crop production was honored. Professor Burhan, during his tenure at the Arab Authority, contributed to the establishment of the Agadi research station for modern technologies and the pioneering rain-fed agriculture farm in Agadi, Sudan. He also contributed to the development of the cotton variety that was developed by the Agricultural Research Authority in Sudan and named after him, the “Burhan” strain, due to its development in Agadi, Sudan.