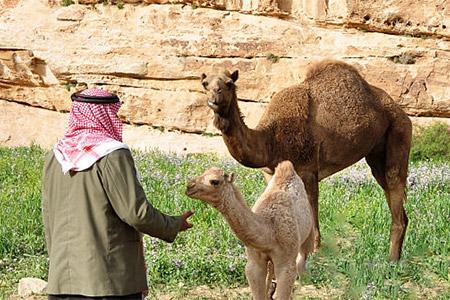 
AAAID launched an initiative in 2008 to establish a Revolving Loan Fund for small-scale producers in Arab member states with a suggested Capital of 100 million USD. AAAID’s contribution is $10 million with the goal of encouraging other institutions to mobilize additional resources for the fund.
The RLF aims to provide sustainable, revolving loans for small-scale producers to achieve AAAID’s investment and development objectives with the purpose of increasing their productivity and improving their livelihoods. The Fund also aims to increase their productivity diversify their activities and build their capacities as well as stimulating the role  of producer associations towards driving agricultural development in the Arab region.

In the context of the Fund’s activities in the member states, AAAID has signed an agreement with the Jordan Credit Corporation on April 17, 2016 and extended 2 million USD as a contribution in the Revolving Loan Fund. This is with the purpose of implementing development projects for small-scale farmers in the Royal Hashemite Kingdom of Jordan. These amounts have been distributed for the benefit of 330 beneficiary representing 1670 individual across a geographical span of 22 city and province in Jordan.

The loan amounts have ranged between of 1000 and 5000 Jordan Dinars as maximum and minimum amounts. The purposes of loans have varied for investment in small agricultural development activities and projects such as the establishment of animal product projects at 34%, goat and sheep breeding projects at 32%, plant production at 20%, camel breeding at 8.5% as well as cattle, bee, poultry and rabbit breeding projects.