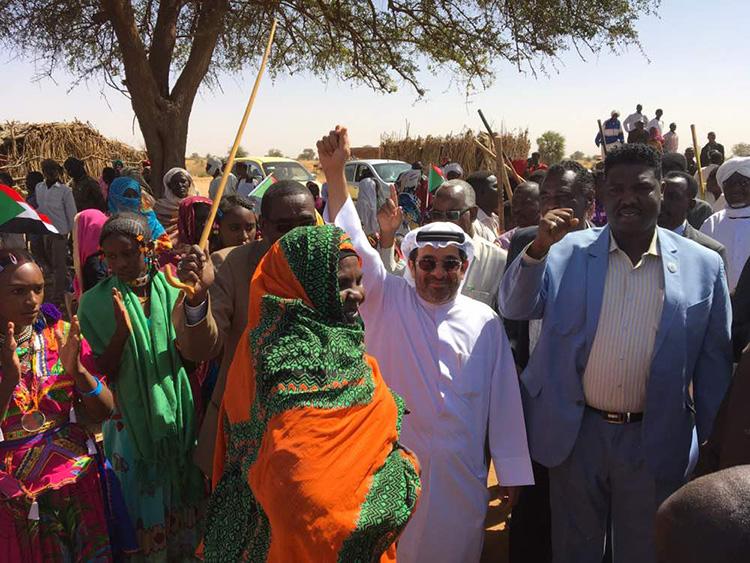 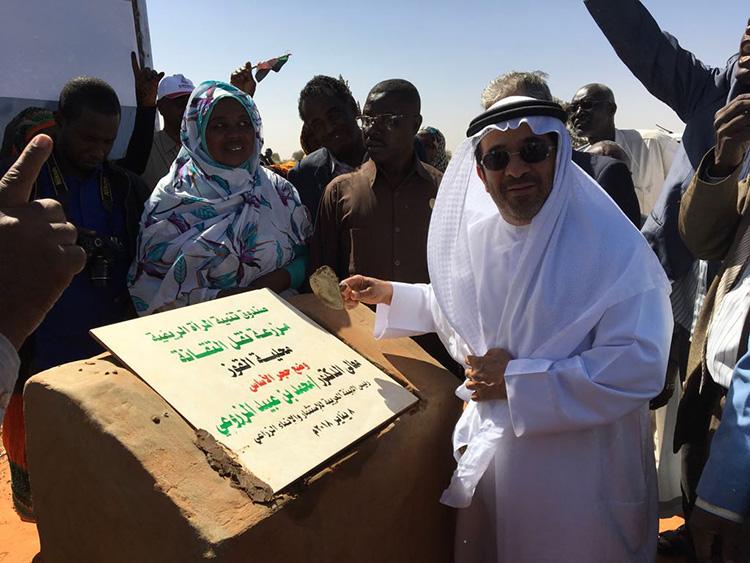 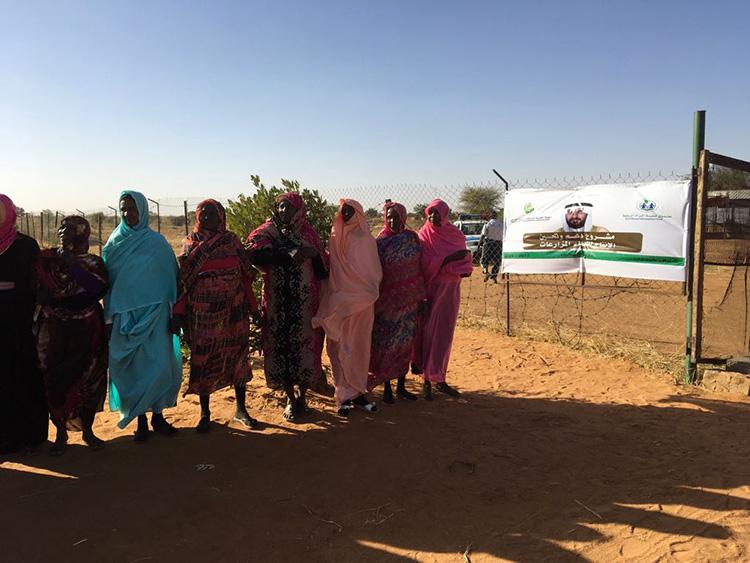 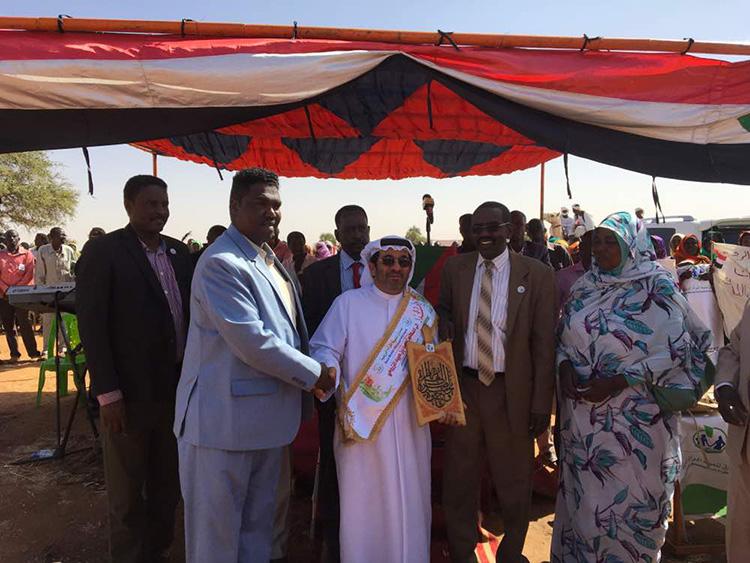 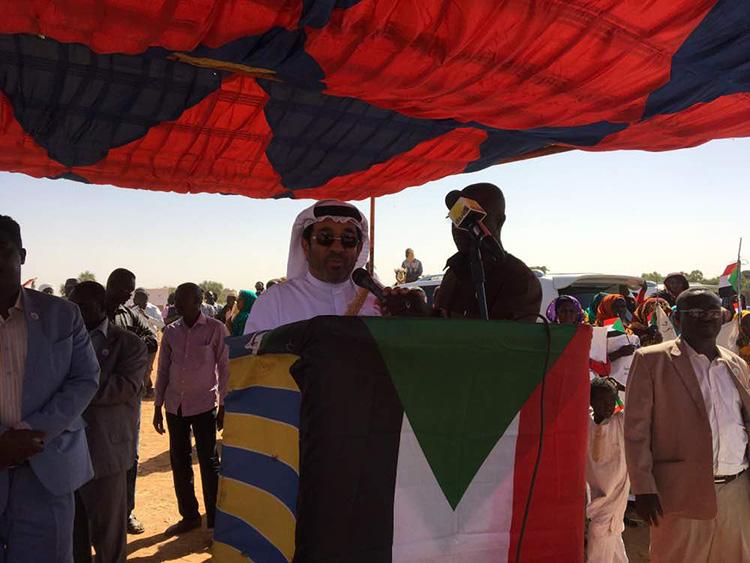 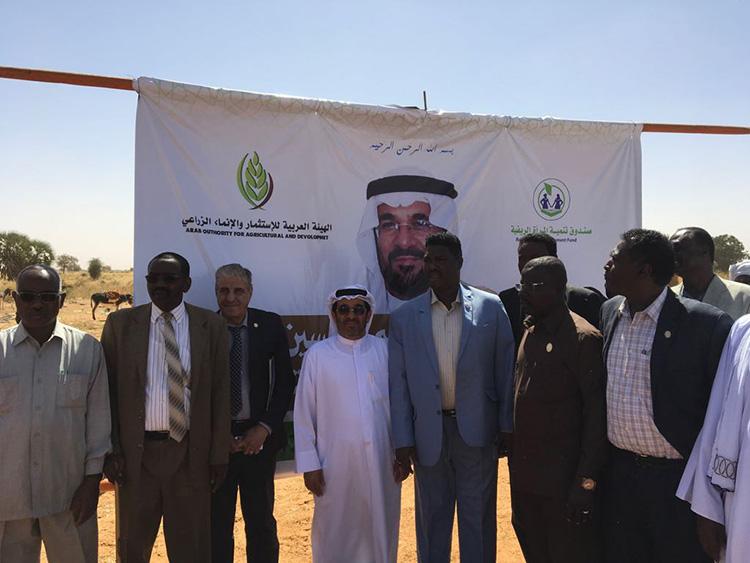 AAAID awarded during the harvest ceremonies of the Women Farmers Support and Development Program in Al Gozz, South Kordufan, Sudan


H.E Mohammed bin Obaid Al Mazrooei, President of AAAID, accompanied by a delegation, visited the State of South Kordufan on 8 January 2018 to participate in the celebration of harvest festivals for the Women Farmers Support and Development Program in Al Gozz state. The project is financed by AAAID, and implemented by the Fund for the Development of Rural Women.

The delegation was received by the Governor of Al-Gozz, the Chairman of the Board of Directors of the Fund for the Development of Rural Women and a large number of state leaders. During the visit, the President of AAAID laid the cornerstone of the Technology Transfer Farm in Al Gozz. The delegation also toured the accompanying exhibition and visited the local sheep farm.

His Excellency the President of AAAID gave a speech during the celebration praising the success of the programs and its importance to improving the standards of living in the region. He explained that since 2004, the Arab Authority has been interested in the farmers and producers’ associations and the development of rural women through the implementation of a range of programs and activities including agricultural extension and technical support. As well as the provision of revolving loans for production processes and the supervision of their implementation to establish successful pilot projects in Sudan.  This is to be applied in Al Jazirah state, White Nile state, South Darfur, North Kordufan, Sennar, Gaddarif, Al Shimaliya state, the River Nile state and in other Arab countries. H.E further Pointed out that the increase in agricultural production and reducing the size of the Arab food gap depends on the development and growth of the rural areas through the support of small and medium farmers and producers because they contribute more than 80% of the total Arab agricultural production. At the end of the ceremony, the President of the Arab Authority was honored by the Fund for the Development of Rural Women, and awards were given to the best women farmers.

It is worth mentioning that the Arab Authority has funded 150 women farmers in the South Kordufan state, under which 1500 feddans are for the planting of peanuts, corn, millet and sesame in the current season 2017-2018. This is in efforts to promote and empower the rural women in Sudan.
To conclude the visit, H.E the President and his accompanying delegation met with Mr. Ahmed Haroun, Governor of the North Kordufan state. The meeting was held in the presence of the Minister of Agriculture and the Chairman of the Investment Commission of the state, where various investment opportunities were presented and discussed. Finally, a field visit was made to the local market in Al Ubayid with the purpose of identifying the different types of crops produced in the state.