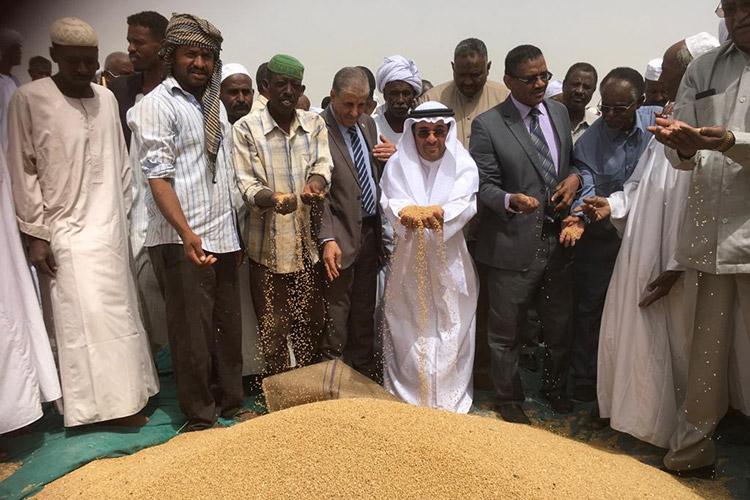 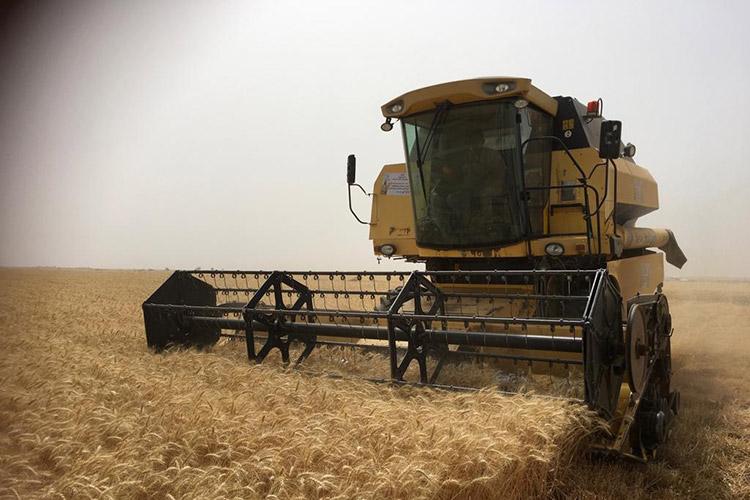 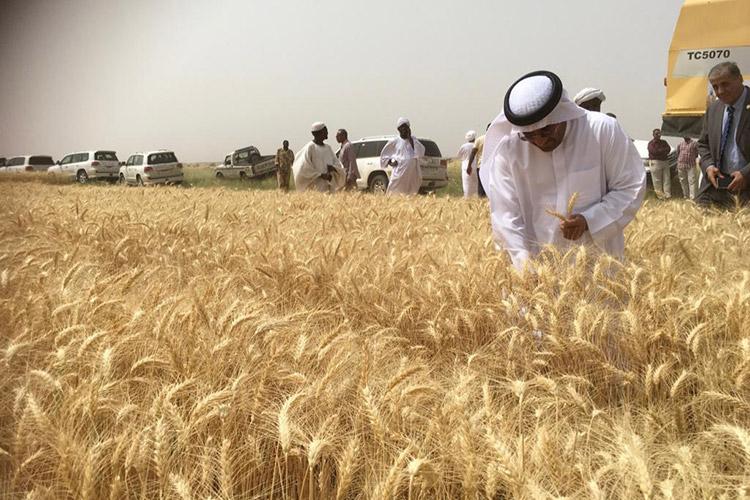 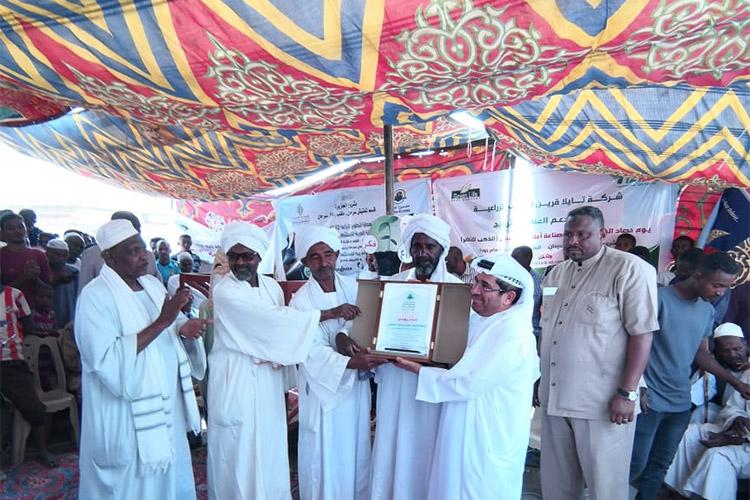 AAAID celebrates the inauguration of the harvest of 1000 feddans of wheat in the region of Sarhan, Al Gezira State


His Excellency Mohammed bin Obaid Al Mazrooei, President of AAAID, accompanied by a delegation from the Arab Authority, visited the Sarhan area in Al Gezira State on 25 March 2019. This came in the pursuit of AAAID to achieve sustainable development in rural agricultural communities in its member states, and in recognition of the role of small farmers in contributing to Arab food security as well as the invitation of the farmers of the Sarhan region in the state of Al Gezira to the President of AAAID to attend the launching of wheat harvest ceremony.

The delegation was received by the governor of the Gezirah Scheme, the head of the organization of the farmers’ association of Al Gezira and Al Managil States, Chairman of the Board of the Agricultural Bank, Director General of Al Muzdana, Director General of the Agricultural Research Authority in addition to a number of farmers and managers of private agricultural companies. The delegation accompanied by the President of AAAID toured the fields and the wheat harvest was launched. The delegation met by a number of prominent farmers who expressed their happiness with the experience, which they described as unique and unprecedented as the Al Gezirah Scheme agricultural project, in terms of using modern technologies in completing the preparation process and the timely flow of funding for agriculture.

During the ceremony, the President of AAAID presented a speech in which he expressed his thanks and appreciation to the Republic of Sudan, the President, the Government and the people for their support towards the Arab Authority in order to fulfill its mission and achieve its objectives. His Excellency expressed his happiness at the harvest launching ceremony in Sarhan region, which represents an extension of the efforts of AAAID in supporting small farmers through the Revolving Loan Fund established by AAAID to provide finance for small farmers. The productivity of a feddan ranged between 18-24 sacks, which will contribute to the expansion of the beneficiaries of the program in all states of Sudan.
Stressing that these results will include crops of peanuts, sorghum, maize and other basic crops in the Arab food gap during the coming seasons. Adding that there will be focus on the transfer and resettlement of modern technologies in all agricultural operations from the stage of preparing the land to the stage of harvesting and marketing local and global output. His Excellency wished to that the area of Sarhan becomes a beacon for launching the practical application of the latest modern agricultural technologies, and spreading it to all parts of Sudan.

It is worth mentioning that the Arab Authority started financing small farmers in Al Gezirah Scheme agricultural project in the 2013-2014 season in an area of 176 feddan for the cultivation of wheat crop and the area was gradually increased until it reached 16 thousand feddan.

At the end of the ceremony, the President of AAAID was honored by the Farmers’ Association of Sarhan in Al Gezira State in recognition of AAAID’s role in the region and how it seeks to maintain continuity in it. The ceremony was also included the honoring of a number of bodies that contributed to the success of the experiment.