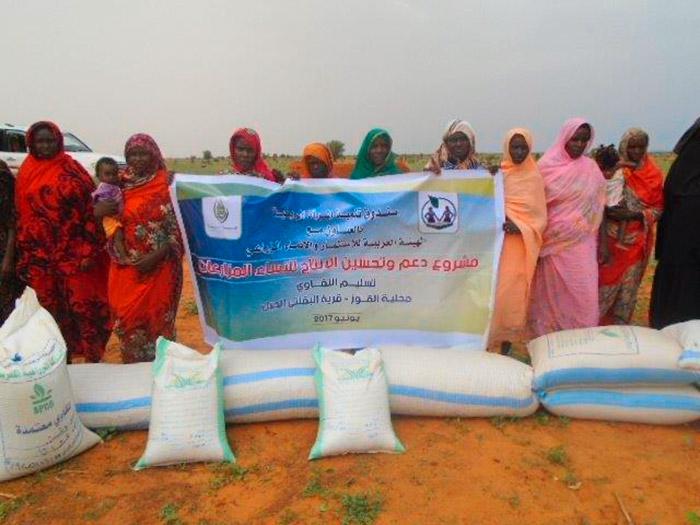 The Fund aims at providing agricultural financing directed at small-scale producers to fulfil the Arab Authority’s objectives of investment and development. The fund also intends to encourage them to increase their production and improve their standard of living as well as raise their productive efficiency, diversify their activities and develop their skills and abilities. In order to execute the initiative, the Arab Authority has embarked on implementing development programs to establish successful and groundbreaking experiences that will enable the Arab Authority to attract other contributors to the Fund.

In this regard, the Arab Authority has funded 150 women in the Southern Kordofan provinces to cultivate 1,500 feddans for the production of peanut seeds, corn, millet and sesame in the current season 2017-2018. This is in support of the efforts made by the Republic of Sudan to promote rural women through the Rural Development Fund in South Kordofan State. Through the revolving loan fund, the Arab Authority has supported the second phase of the program initiated by the State to increase production and productivity in support of achieving food security in Arab countries. This program represented a model vision through which the state supports the rich heritage of the South Kordofan woman and her role in advancing the development and growth of rural society.