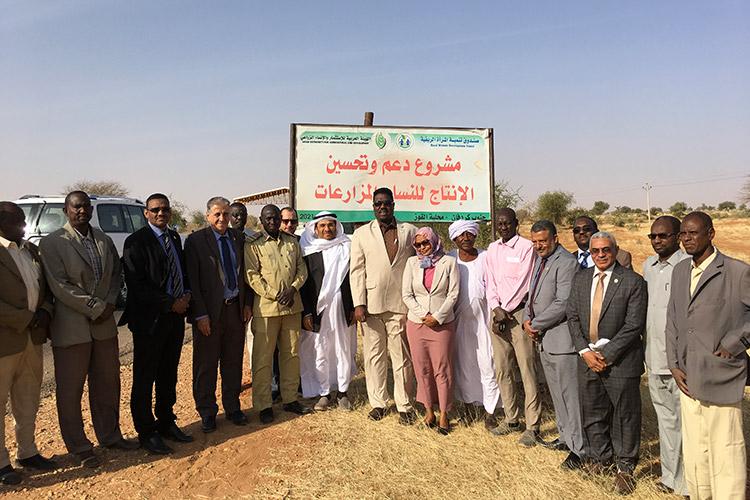 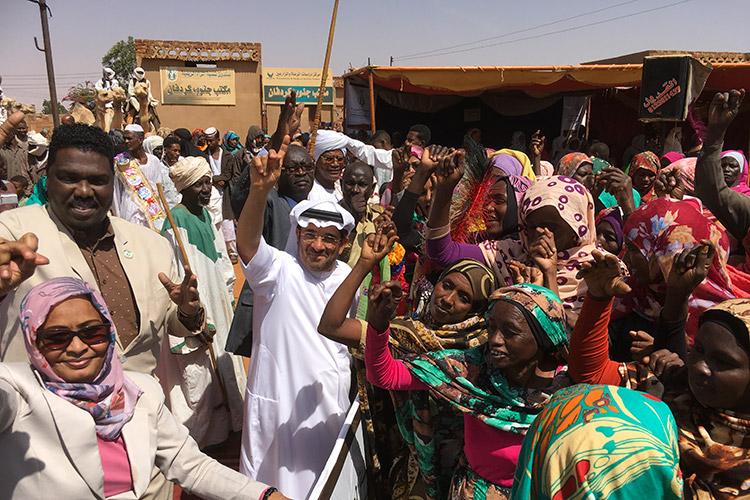 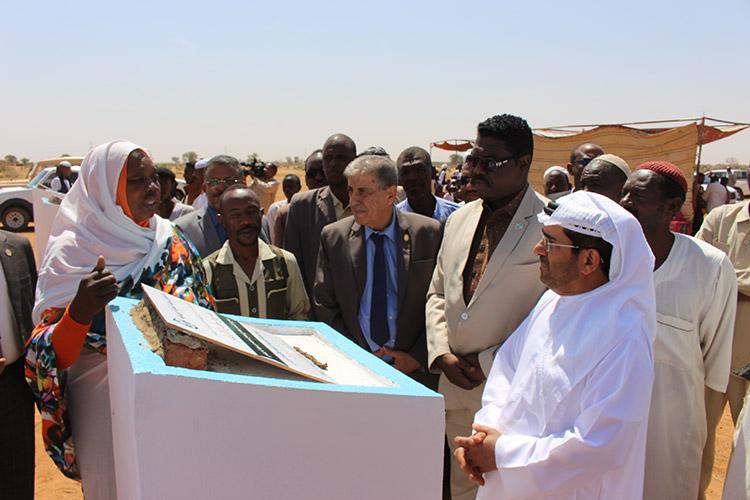 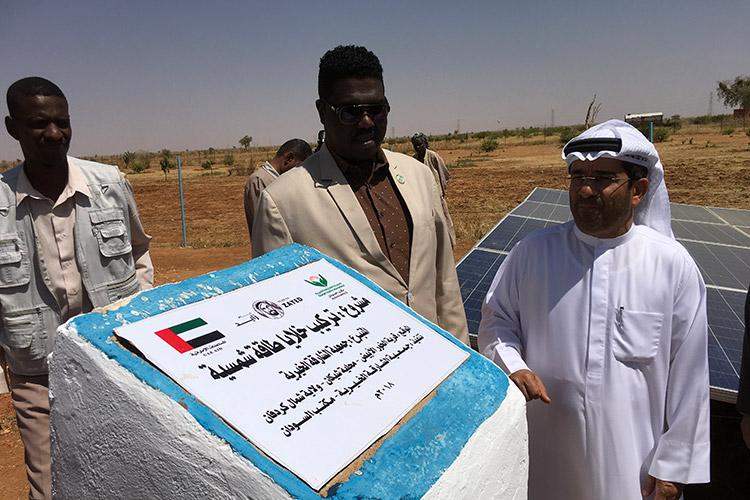 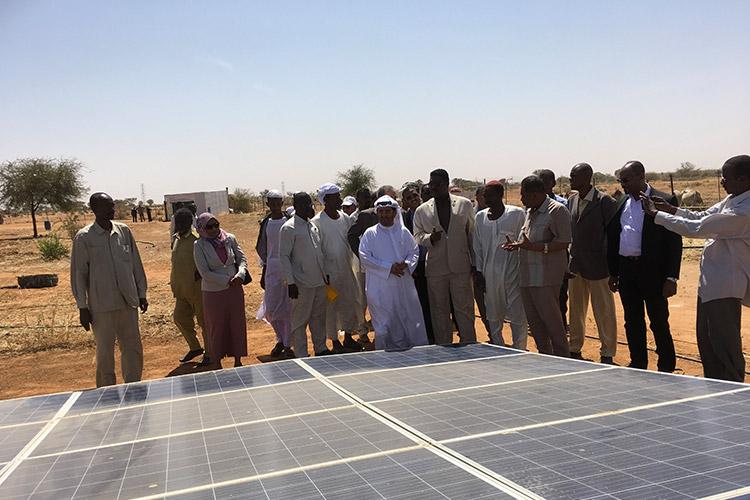 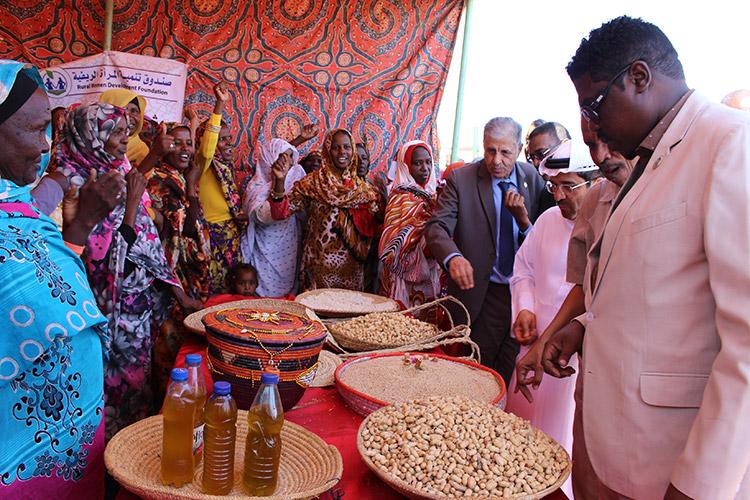 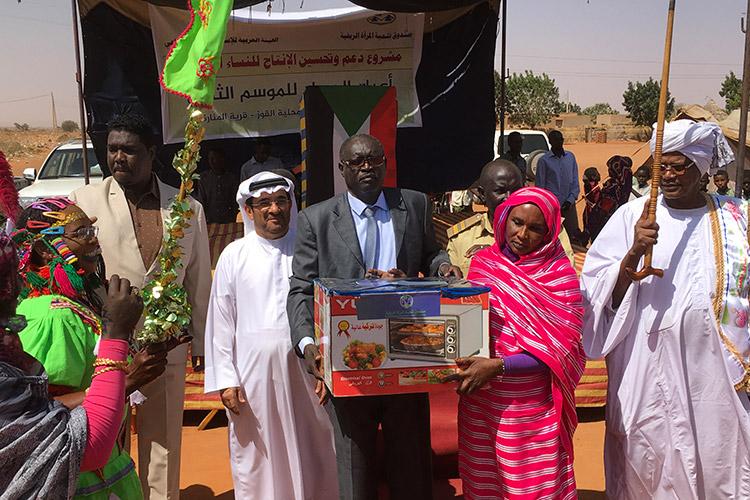 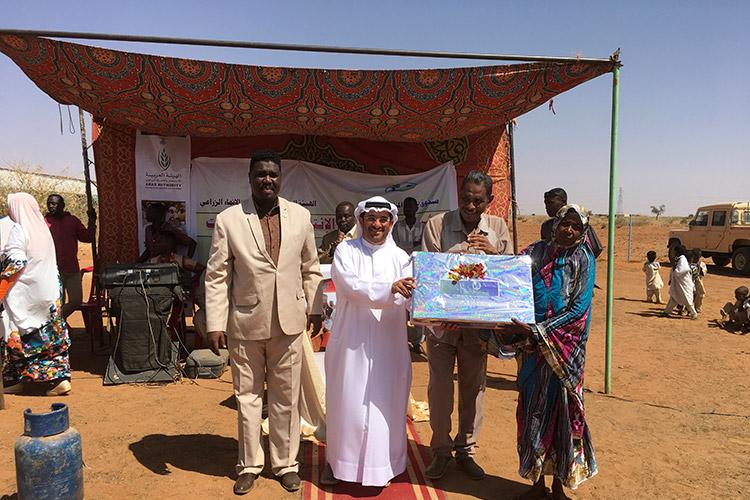 
H.E Mohammed bin Obaid Al Mazrooei, President of AAAID, accompanied by a delegation from AAAID, visited the State of South Kordofan on 12 February 2019 to participate in the celebration of harvest festivals for the women farmers’ support and development program in the states of Al Gozz, Sheikan and North and South Kordofan. The project is implemented by the Fund for the Development of Rural Women, Ministry of Agriculture in North Kordofan and AAAID.

The delegation was received by Mr.  Mohamed Hussein Al Imam, Deputy Governor of South Kordofan and Chairman of the Board of Directors of the Fund for the Development of Rural Women and a large number of state leaders. H.E the President of AAAID inaugurated the celebrations of the harvest festivals where the women farmers who excelled in the agricultural production of the season were honored, with a notable increase from 150 farmers in the previous season to 450 farmers this season. The total production for this year was about 2,502 tons in a total area of 4500 feddans. His Excellency the President of AAAID also laid the foundation stone for the cattle and sheep farm in Khor Al-Abyad area, North Kordofan State. The delegation also witnessed the launch of the farm of the Fund for the Development of Rural Women and the induction of solar energy in the agriculture process.

During the celebration of the harvest festival in Al-Gozz, South Kordofan State, His Excellency the President of AAAID gave a speech praising the success of the program and its importance to improving the standards of living in the region. He further explained that this project was started by AAAID in the previous year on an area of 1500 feddan, and as a result of successful collaboration and coordination has achieved notable and promising outcomes, which led to doubling the area this year to 3240 feddans to include a range of crops such as sesame seeds, millet, peanuts and sorghum. The program included the cultivation of an area of 3238 feddans in the state of South Kordofan and an area of 1260 feddans in the state of North Kordofan. Explaining that the implementation of this experiment for the second year in a row is a result of full conviction of the significance of the state and its human cadre. Noting that this interest began since 2007 where the Arab Authority implemented a development program introducing a system of agriculture without tillage in the areas of Kadugli, Hbila and Aldling.

His Excellency the President of AAAID also delivered a speech during the celebration of harvest festivals in Sheikan, Northern Kordofan, in which he expressed his thanks and appreciation to His Excellency the Governor of North Kordofan State and the Minister of Agriculture of the State for their support to the program of funding local farmers. H.E Al Mazrooei also expressed his appreciation to the Fund for the Development of Rural Women for organizing the celebration and the honorable results achieved by the program to support and improve production for women farmers, explaining that AAAID targeted this experiment by planting an area of 1260 feddans with peanut seeds, sorghum, sesame, millet and fruit plantations. It is worth mentioning that some 120 women farmers participated in the experiment, where AAAID implemented a developmental program to utilize solar energy in agriculture to enable remote areas to use modern agricultural techniques such as drip irrigation system.

To conclude the celebrations, the women farmers whose agricultural productivity was remarkable were honored. The President of AAAID was also honored by the Fund for the Development of Rural Women in recognition and gratitude of the support that AAAID has provided and continues to offer to the state.