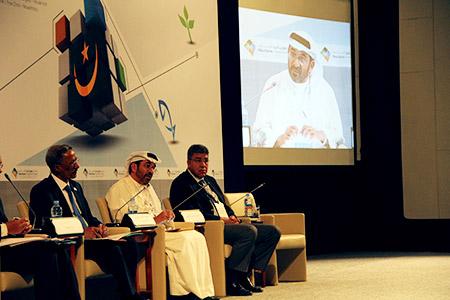 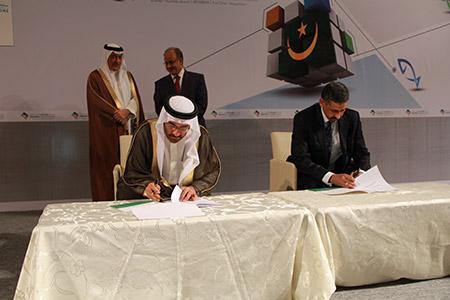 H.E. Al Mazrowei has delivered a speech to the audience included a brief of AAAID establishment , objectives and its activities in the Arab countries.
he also shed light on AAAID’s new strategy for the coming five years .
At the conclusion he reviewed a group of potential agricultural investment projects in Mauritania and finally he made call to all governmental and private sectors to participate in these projects.
On the sidelines of the forum HE the president met with many investors and they discussed the ways of cooperation in the different potential investment opportunities.