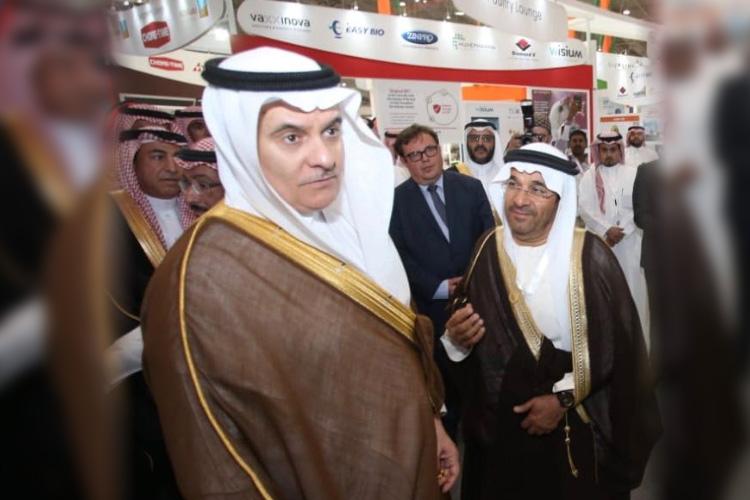 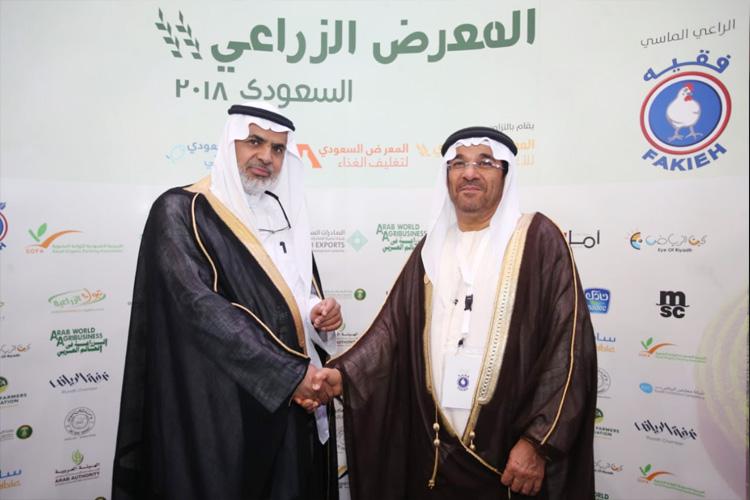 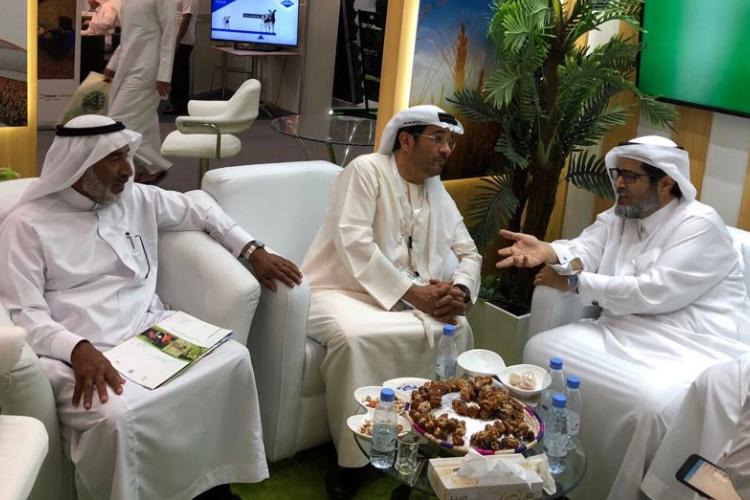 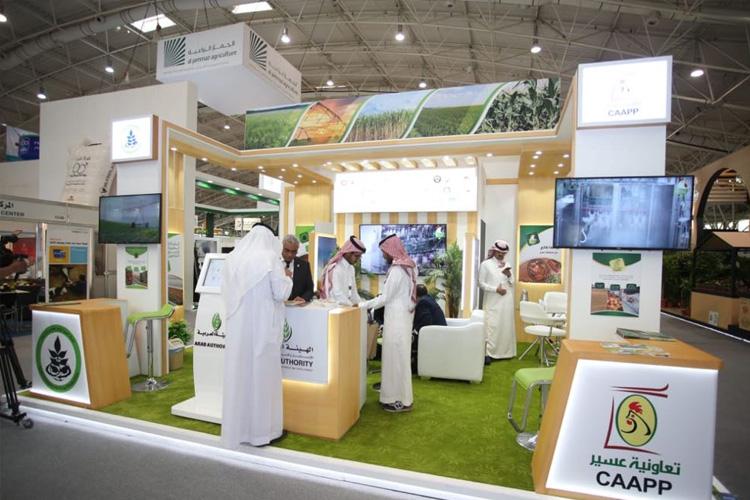 
The Arab Authority for Agricultural Investment and Development participated in the 37th International Agriculture, Water and Agro-Industry Show in Riyadh, Kingdom of Saudi Arabia during the period 7-10 October 2018, under the support of the Ministry of Environment, Water and Agriculture in Saudi Arabia.

On Monday, October 8, 2018, the exhibition saw the signing of a joint Memorandum of Understanding in the field of aquaculture between the Arab Authority for Agricultural Investment and Development (AAAID) and Tabuk Agriculture Development Company (TADCO). During the signing, AAAID was represented by His Excellency Mohammed bin Obaid Al Mazrooei, President of the Arab Authority, while Tabuk was represented by His Excellency Eng. Saad Mohammed Al Sawat, CEO of Tabuk Agriculture Development Company. The Memos were signed in the honorable presence of His Excellency Eng. Abdulrahman bin Abdulmohsen Al Fadhly, Minister of Environment, Water and Agriculture in Saudi Arabia.

This participation comes in line with the efforts of the Arab Authority to contribute to the initiatives of the National Transformation Program 2020 and to achieve the ” Vision 2030” of achieving water and food security in the Kingdom of Saudi Arabia. The Arab Authority also plans to invest in more strategic projects in the field of aquaculture, hydroponics and date farming, noting that AAAID currently contributes to several existing projects. It is also worth stating that Saudi Arabia is one of the largest Arab Member States contributing to AAAID.

Seeing that the Cooperative Association of Aseer Poultry Producers is a vivid embodiment of the spirit of joint Arab action and a model of effective partnership and fruitful work in the interest of activating successful strategic partnerships, the Arab Authority signed a Cooperation Agreement with the Cooperative Society on October 9, 2018. The agreement aims at setting the main outlines and defining the general framework for ways of cooperation between the two parties in an effort to establish joint investment projects in the field of animal and agricultural production.

One of AAAID’s key partnerships in Saudi Arabia are its contribution to the Arabian Cooperative Company by 20%, while the Cooperative Association of Poultry Producers in Aseer owns 80% of the company’s shares. This partnership is one of the most noteworthy and successful in the field of livestock production, in addition to other partnerships in the field of fish farming. Whereby H.E Mohammed bin Obaid Al Mazrooei, President and Chairman of the BoD of AAAID, stated that cooperative societies in the agricultural and livestock sector are among the most important entities through which the economic and social level of farmers and educators is raised. This is due to the significance of their role in achieving rural development and its impact on the agricultural development of the country as a whole.

The cooperative societies contribute to improving agricultural and livestock production performance, reducing costs and increasing income, and thus improving the living standards of workers in these sectors. This is achieved in many countries that have cooperative systems capable of meeting the different needs of farmers and educators.
The Cooperative Associations in Aseer instilled this concept through their activities and management, and were able to benefit from the management of human cadres and natural resources and the development of successful investment plans and programs. On the other hand, the Chairman of the Board of Cooperative Societies Council, Dr. Abdullah bin Kadman, said that the Cooperative Societies Council, represented by cooperative societies, is keen to participate in such vital events in order to promote a culture of cooperative work between individuals and community institutions. Bin Kadman praised the material and logistical support provided by the Arab Authority towards the Cooperative Society in Aseer through the agreements between the two parties to establish joint investment projects in the field of animal and agricultural production, which reflected positively on the association where it contributed to the success. Further applauding the efforts of AAAID and its strategic plans for agricultural investment in the Arab world and Saudi Arabia in particular. He added that the aspirations are increasing for more investments with the leading agricultural cooperative societies in Saudi Arabia.

Dr. Bin Kadman thanked H.E Mohammed bin Obaid Al Mazrooei, President of the Arab Authority and Chairman of the Board, for the efforts exerted from AAAID in the field of aquaculture, agriculture and agro-industries, as well as partnerships with cooperative societies and the faith put in their community role. Wishing all the best to the Arab Authority to contribute to the advancement of the cooperative sector in the Arab communities. Bin Kadman also explained that the Cooperative Societies Council is constantly seeking to achieve its objectives, the most prominent of which is the dissemination of the culture of cooperative action.