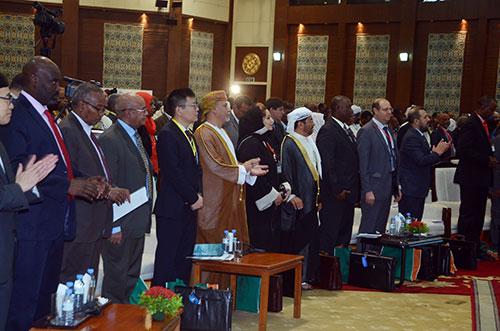 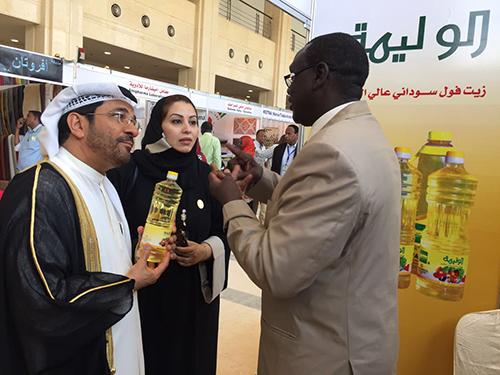 AAAID Participates in the Industry and Innovation Forum Khartoum-Sudan


AAAID strives to be prominently present at events that are organised in all Arab countries, particularly in its host country with the aim of identifying the available investment opportunities. In this respect, His Excellency Mohamed Bin Obaid Al Mazrooei, AAAID President participated in the Industry and Innovation Forum organised by the Ministry of Industry in collaboration with the United Nations Industrial Organisation (UNIDO) and the Chambers of Commerce in the Friendship Palace in Khartoum, Sudan during the 18-19th July 2016. First Lieutenant Bakri Hassan Salih-Vice President of the Republic, His Excellency Dr.Mohamed Yousif, Minister of Industry, the Deputy Director of UNIDO, Head of the Sudanese Chambers of Commerce and the Representative of the Turkish Businessmen attended the event. In addition, a number of businessmen and investors from Turkey, Belorussia, Tunis and Bahrain participated in the event.
The Forum presented its objectives, which were represented in encouraging industrial innovation and finding investment partnerships in order to develop technologies and benefit from international expertise in the industrial field. Further, the forum aimed to increase the flow of capital to the country and identify investment opportunities.
During the event, His Excellency AAAID President met with several ministers, governors, investors and businessmen who expressed their interest in AAAID’s activities and investments and their willingness to engage with the authority in that respect. His Excellency took a tour of the exhibition held in conjunction with the Forum, which hosted a large number of companies, institutions and banks. These included AAAID affiliate companies such as Kenana Sugar Company and the Arab Sudanese Vegetable Oil Company (ASVOC), which are both considered proud industry best practices.