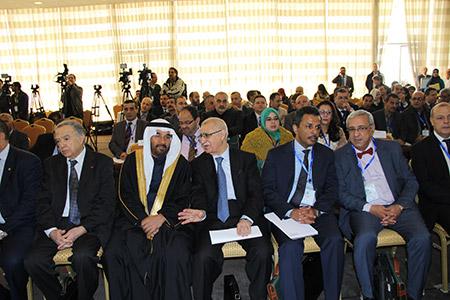 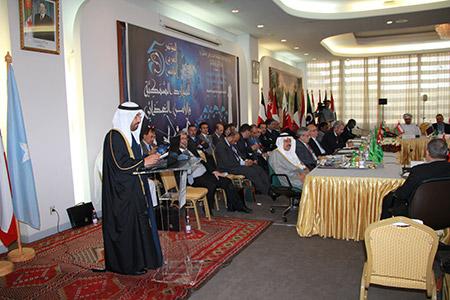 
HE President of AAAID Mr. Mohamed Bin Obaid Al Mazrowei has participated in the in the events of the fifth Arab conference for Marine Resources & Arab Food Security which organized by the Ministry of fisheries and Marine Resources in collaboration with Arab Union for Fish Producers in the capital of Algeria during the period from 15 to 16 Dec. 2014.
HE Al Mazrowei has presented a work paper on the investment opportunities in the area of fisheries in the Arab world.
The participants affirmed the necessary to encourage the private sector to invest in this sector through the stimulating acts and facilitating movement between the Arab countries.
The final statement of the conference called on funds, financial institutions and the banks to invest in this sector.
The participants also suggested to establish the Arab Network for Scientific Research and Development in order to exchange experiences and technologies between Arab countries.
For his part , HE Dr. Seed Ahmed Feroukhi – the Minister of Fisheries and Marine Resources affirmed that the Arab Countries are requested to develop their polices for better using of the marine resources for better living standard for the fishermen in these countries.
On the sidelines of the conference his Excellency the Minister has met HE Mr. Al Mazrowi who briefed him on AAAID investments & activities.
The Algerian minister also explained that investment environment in Algeria is encouraging and the government of Algeria offering facilities for all investors.