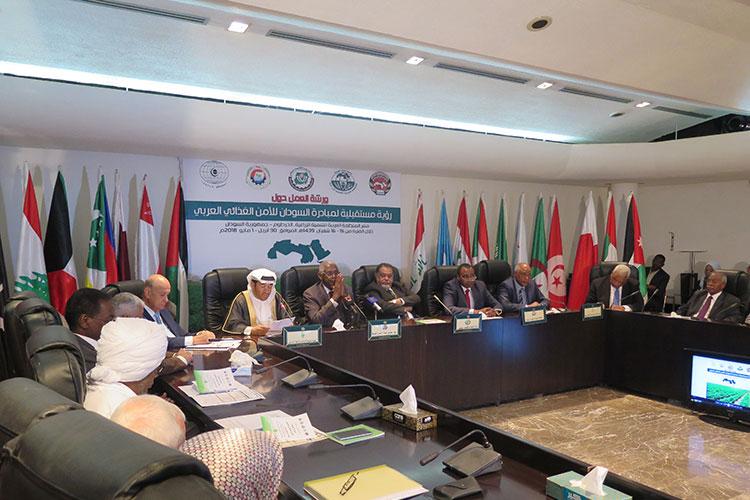 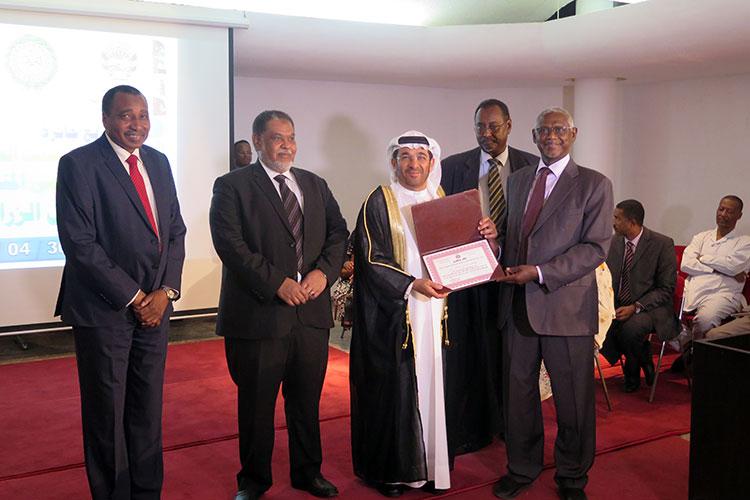 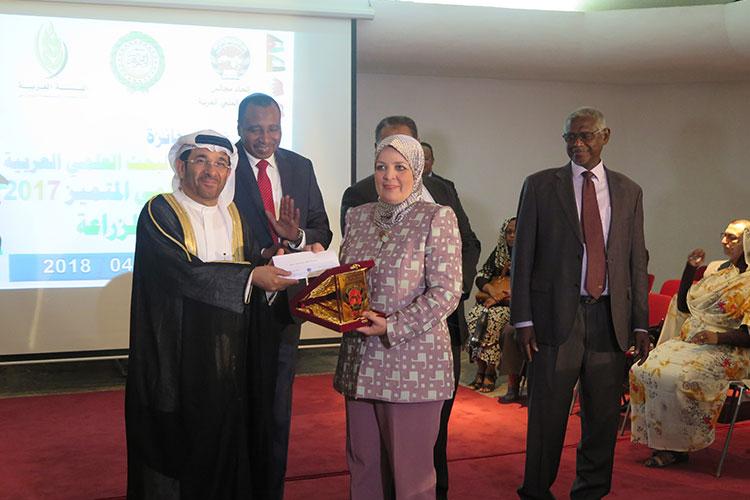 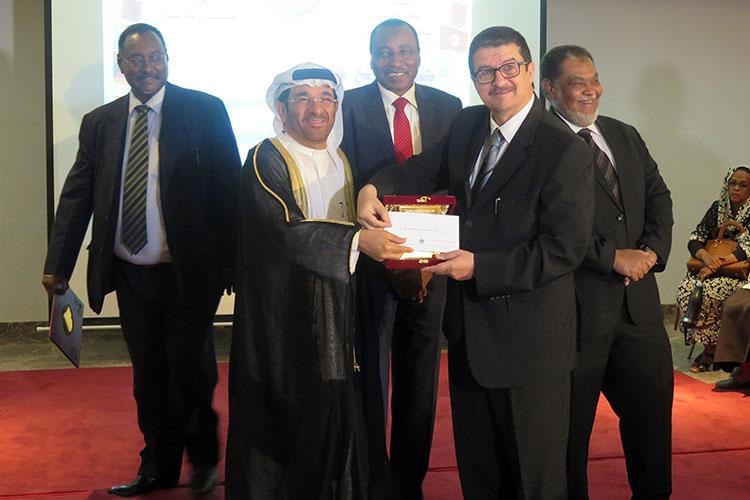 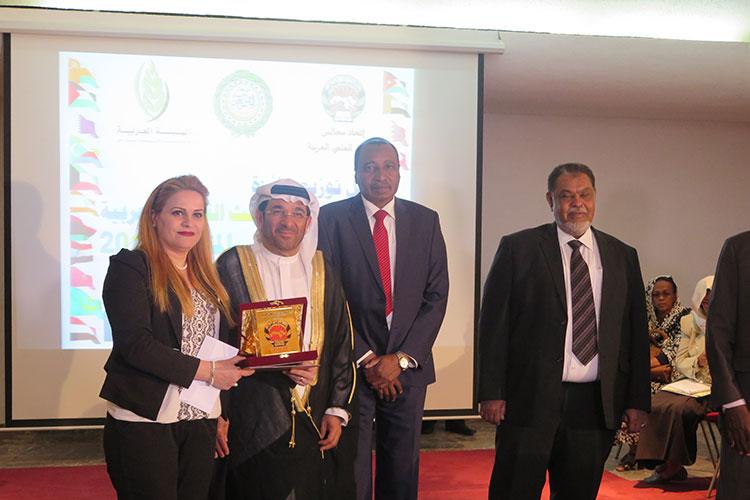 AAAID sponsors the Award for Outstanding Scientific Research in Agriculture 2017


Scientific research and technical development is one of the most important elements that contribute to the agricultural renaissance, and  since the challenge facing most of the world now is to achieve food security, the intensification of care for the agricultural sector, and investment in the field of innovation and agricultural research is an urgent necessity for development and progress.

H. E Al Mazrooei, President of AAAID, presented a speech during the workshop in which he expressed his appreciation to the Government of Sudan for its support of AAAID in achieving its objectives to reinforce Arab food security. His Excellency also thanked the Union of Arab Scientific Research Councils for their efforts and praised the importance of the award, which aims to instill a culture of excellence in agricultural research and create an environment conducive for creativity and innovation to develop the Arab agricultural sector and progress towards the best global practices. His Excellency then extended his sincere congratulations to all the winners of the Award for Outstanding Scientific Research in Agriculture 2017, through which we can develop productivity and agricultural production in both the plant and animal sectors.

His Excellency further explained that AAAID has been interested in scientific research as a means to address many of the technical problems facing its affiliate companies. This is through carrying out applied experiments and research at stations and in experimental farms in preparation for their application as part of the production plan of AAAID’s affiliate companies in Sudan, Tunisia, Syria, Morocco, Jordan and Mauritania.

During the first session of the workshop, the Arab Authority participated with a key work paper on the efforts of AAAID and its progress in achieving Arab food security. The paper included an introduction to the Arab Authority and its objectives and strategic directions for the years 2014-2018, in addition to the investment activities of AAAID and its efforts to develop Arab agriculture. As well as its contribution to reinforcing Arab food security and encouraging investment in Arab countries.

At the end of the opening ceremony, the following winners of the Award for Outstanding Scientific Research in Agriculture 2017 were honored;
First place winner was Dr. Wafaa Mohammed Al Saeed Ali Haggag from the Agricultural and Biological Research Division at the National Research Center, Egypt. The title of the winning research:
Enhancing Wheat Production under Arid Climate Stresses Using Bio-Elicitors.

Second place winner was Dr. Sadredinne Mukhtar Gallal from the National Agricultural Institute in Tunisia. The title of the research was:
The discovery of the infestation of locust eggs with epidemiological insect Nematodes, and prospects for organic resistance against locusts.

Third place winner was Dr. Entisar Mohammed Al Jabawi from the General Commission for Scientific Agricultural Research in Syria. The title of the research was:
Response of Some Sugar Beet (Beta Vulgaris L.) Genotypes to Drought and Salinity Stresses, and Genotype X Environment Interaction and Quality Traits Assessment after Yield.

In addition, AAAID was also honored for adopting the Award for Outstanding Scientific Research in Agriculture 2017.