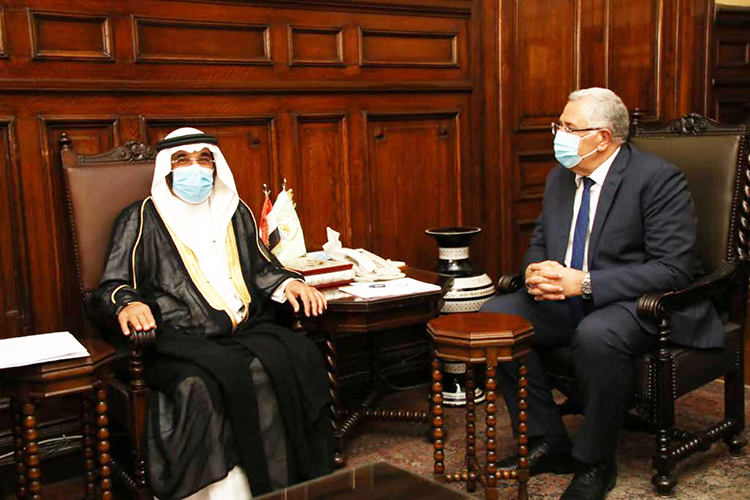 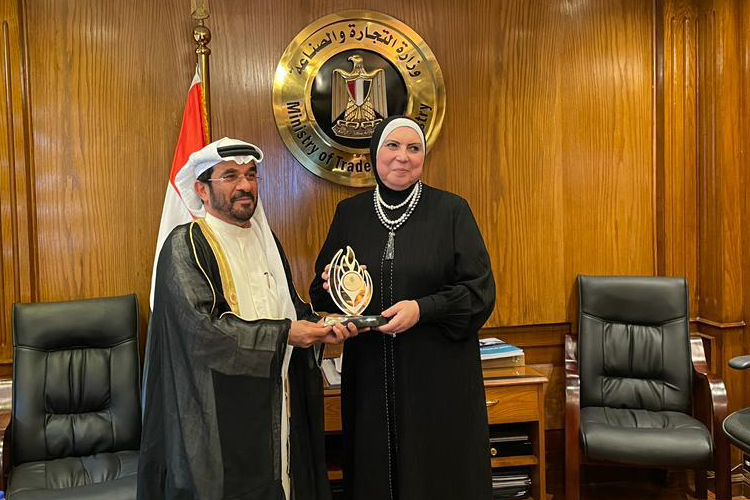 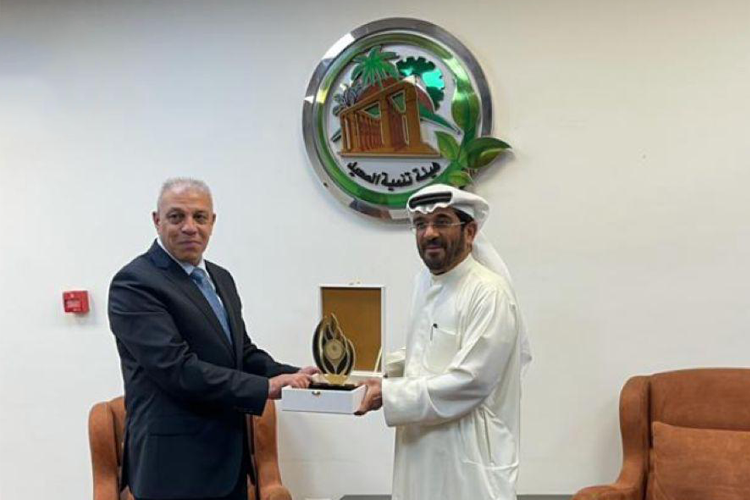 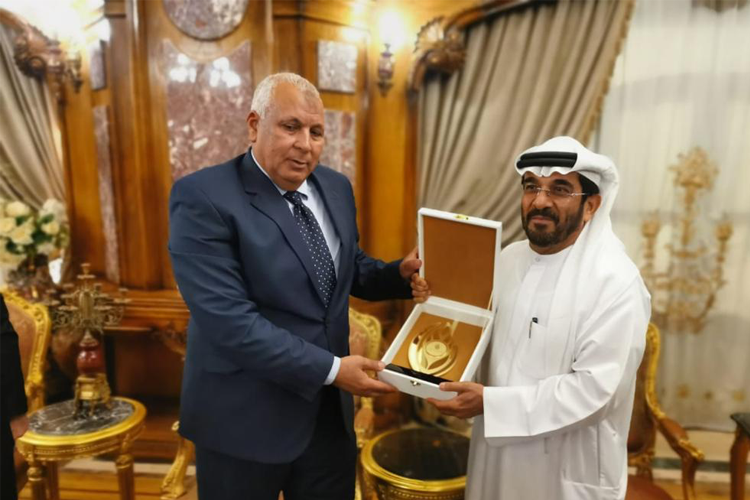 
Aiming to recognise investment opportunities in the agricultural field and introduce projects of the Arab Authority in the Arab Republic of Egypt, a series of visits were made by His Excellency Mr. Mohammed bin Obaid Al Mazrooei, President and Chairman of AAAID, and his accompanying delegation to Egyptians government officials and a group of large investors in the agricultural field. The meetings took place between 24-28 October, 2021 and included a visit to His Excellency Mr. Al Sayed Mohamed Al-Qasir, Minister of Agriculture, Her Excellency Mrs. Nevine Gamea, Minister of Trade Industry, His Excellency Major General Eng. Sherif Saleh, Head of the Upper Egypt Development Authority, and His Excellency Major General Mohamed El-Zamlouti, Governor of the New Valley in the Arab Republic of Egypt.

AAAID’s President extended his thanks and appreciation to His Excellency the Ministers for organizing these meetings, which aim to introduce them to the Arab Authority, its vision, goals and investments, through reviewing the AAAID’s investments and projects in the Arab countries in general and the Republic of Egypt in particular. His Excellency Mr. Al Mazrooei referred to the sectors in which AAAID’s operates and its tendency to increase its investments in the Arab Republic of Egypt, explaining that the AAAID has developed its strategy for the next five years in accordance with the investment climate and promising investment opportunities in the Arab region; adding that the AAAID annually carries out between 15 to 20 applied researches in various Arab countries.

For his part, His Excellency Mr. Mohamed Al-Qasir affirmed his interest for what AAAID’s work and showed his support for solving the challenges facing AAAID’s investments in the Arab Republic of Egypt, besides expressing his encouragement to increase those investments in a way that contributes to achieving comprehensive agricultural development in Egypt.

Furthermore, Her Excellency the Minister of Trade and Industry confirmed the Ministry’s keenness to enhance cooperation with all Arab investment institutions and entities and turn it into tangible productive projects that serve the interest of the Egyptian economy, contribute to providing more job opportunities, and deliver national goods and products of high quality as well as competitive prices, noting that the Egyptian government welcomes new projects in the fields of cheese production, manufacturing and canning of tuna, beans, vegetable and fish farming, in addition to the production of corn, soybeans, potato seeds and strategic crops.

The meeting held between the authority and His Excellency Major Gen. Eng. Sherif Saleh, Head of the Upper Egypt Development Authority also resulted in the agreement to organize workshops between the two parties in order to discuss investment and development opportunities that AAAID can contribute to in Upper Egypt regions, which will lead to the development of the region, the reduction of immigration and the settlement of the residents by raising their capabilities, and the economic returns of their rural areas.

Additionally, His Excellency the Governor of the New Valley stated that the meeting has highlighted the natural and environmental features, national projects, initiatives being implemented, and the state’s efforts in supporting these projects in order to achieve development in the New Valley Governorate; especially in the field of agricultural development and the promising investment opportunities attained by the governorate. Last but not least, it was also agreed that a visit will be paid by a delegation from AAAID to study the implementation of some development projects in the agricultural field.