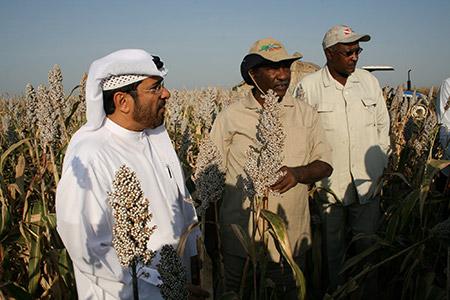 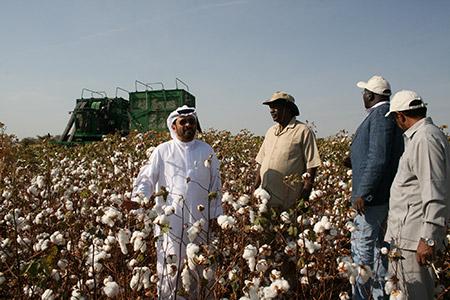 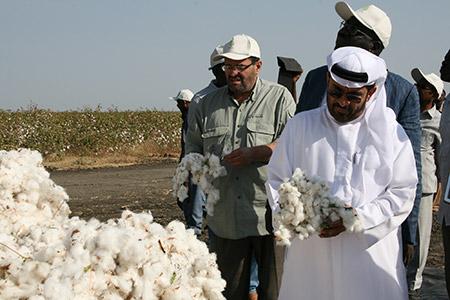 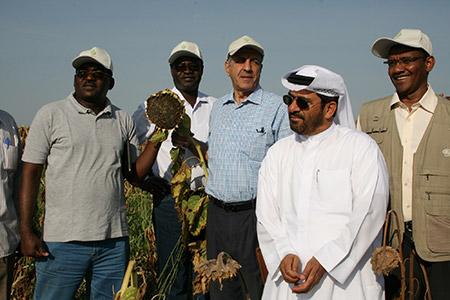 
His Excellency Mohamed Bin Obaid Al mazrowei- President of AAAID , accompanied by a number of heads of Departments and the members of the Board of Directors of the Company have visited the site of the Arab Sudanese Blue Nile Agriculture Co. / Damazin – Agadi on Wednesday 10 Dec,2014.
The delegation toured the fields of Cotton,sorghum and sunflower.
The visit included the meeting of the Board of Directors of the company for the year 2014.
The visit came within the field visits of the President to the affiliates companies in the State of Headquarter.
His Excellency has listened to a detailed explanation from the General Manager of the company Mr. Omer Marzoug who stated that season 2014 is one of the successful seasons due to abundance of rain therefor the company planted the cotton crop, sorghum on an area of 31000 acres.