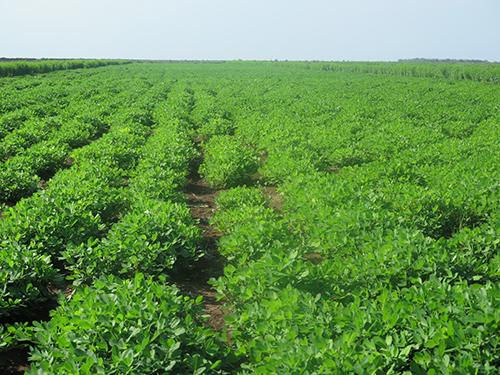 
AAAID established the Trust Fund in 2008 to enhance its role towards sustainable development particularly in rural agricultural communities through resource mobilization towards increased productivity and poverty alleviation in rural communities. The fund was established with a suggested capital of 100 million USD of which AAAID contributed 10 million USD with the aim of encouraging other institutions to mobilize additional resources to the fund.

AAAID has signed a contract to finance the Farmers of the Fidassi Halimab Association-Tayba Canal, East Musalimiya in April 2016 in the Gezira Scheme. The aim of the contract is to cultivate 1,000 acres of groundnuts in the current summer season to produce oil seed. The production will be utilised the potential oil production capacity by the Arab Sudanese Company for Vegetable Oils, a AAAID affiliated company to utilize its potential production capacities and achieve rewarding returns for the company and the project’s small scale producers.

As a resilt of the success of this funding, His Excellency Mohamed Bin Obaid Al Mazrooei. AAAID President and a delegation from AAAID conducted a field visit to the Fidasi Farmer’s Association in the Gezira Scheme on Sunday 21/8/2016. The visit came in response to an invitation received from the area’s farmers and the presence of the Governor of Al Gezira State and the Director of the Agricultural Research Corporation, representative of the Mayor of Al Gezira , representatives of the Ministry of Agriculture and the head of the Agricultural Committee in the legislative council. The visit was also attended by a number of other partners such as the Agricultural Research Corporation, the Insurance Company and the President of the Tayba Association in Fedasi with the purpose of witnessing the success of the peanut harvest.

The cultivation was completed using integrated agricultural equipment, tools and technologies with methodological, scientific and field supervision, which yielded astounding results in terms of plant density and alignment of vegetation growth and the absence of weeds. These factors are a promising indicator of the results.

In conclusion, all the participants emphasized the necessity of AAAID’s continuation in providing funding to increase the area of cultivated lands as well as the farmers’ commitment to repaying their liabilities to AAAID.

During the field visit to the peanut fields, His Excellence AAAID President listened to an elaborate description from the project implementers. His Excellency stated during the ceremony held in honour of his visit that agriculture represents a beacon of hope for creating sustainable economic development, as it is a renewable natural resource. He further urged the farmers for seriousness in repaying their loans to allow for the sustainability and scalability of the experience, assuring them of AAAID’s readiness to increase its funding.