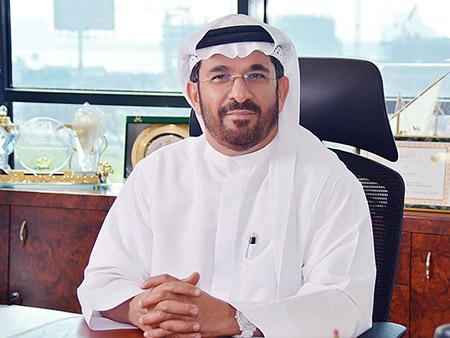 Al-Mazrouei the new president of AAAID


Based on the resolution of the AAAID’s shareholders board no. (6) for the year 2013 which appointed H.E Mohamed Bin Obaid Al-Mazrouei as a president of AAAID ,who started his duties on Wednesday 3 April 2013.
H.E Al-Mazrouei has been appointed successor to H.E Ali bin Saeed Alsharhan.

He graduated from Boston University USA, then he was appointed as assistant secretary –general for the industrial projects sector in Gulf Organization for the industrial consulting and he also served in leadership positions such as assistant secretary –general for economic affairs for the Arab Gulf States and assistant agent for accounting and control as well as general manager for investment department in the Ministry of Finance in the UAE.

During his work in the ministry of finance for more than 21 years he participated in several official committees, as chairman of claims and adjustment, vice chairman of finance committee for development, member of the national committee for the world trade organization, member of civil services council and personnel affairs and number of local companies, including goods, securities, telecommunications and other committees.
Thus he participated in different conferences and seminars as representative for his country UAE in the meetings of the supreme council of the gulf cooperation council ( GCC) from the eleventh session up to twenty –second session, he also participated in the meetings of the board of governors of the Islamic Development Bank, World Bank,IMF,number of Arab organizations and companies such as Arab Bank for Economic Development ,IFAD , the Arab Shipping Company and the Arab Company for petroleum transport and others.