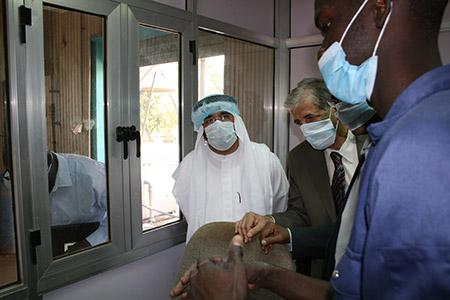 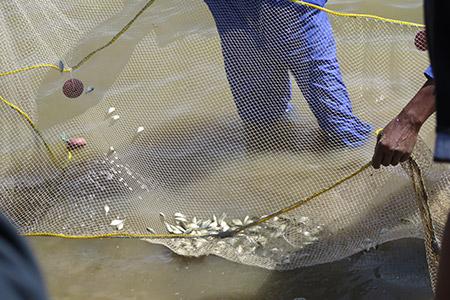 
His Excellency Mohamed bin Obaid Al Mazrowei –President of AAAID, accompanied with the heads of the departments has visited the Arab Poultry Production and Processing Company in Tayba Al Hassanab area –south of Khartoum on Saturday 14/02/2015.
The visit came within the program of the field trips to the affiliates companies in Sudan (headquarter State), in order to stand on the situations of these companies to enhance productivity.
He also listened to a brief on the plans of establishment of the fish farm project.
The project is part of expansion plan that implemented by the company, the work will be continue and the commercial production is expected to start during the month of May, 2015.
During the visit HE Al Mazrowei has met Mr. Mohamed Abbas – General Manager of the company who presented a brief on the several stages of production of Poultry and he also briefed the presence on expansion and improvement plans for the company and its future plans, stressing his company willing to contribute to the Arab food security and in the implementation of initiative of the President of Sudan.