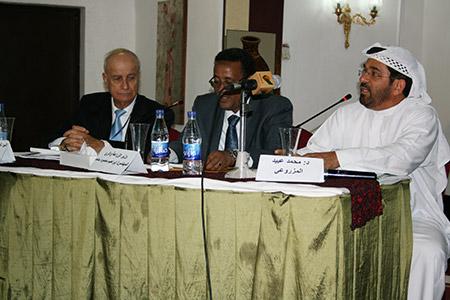 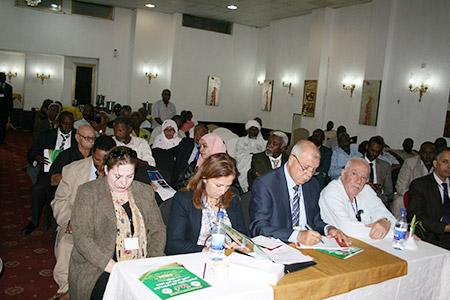 During the scientific symposium which was managed by Mr. Ahmed Ali Genef , Mr. Al Mazrowei has presented an intervention on ” the initiative of his Excellency Omer Hassan Al basher for Arab Food Security “.
He said that AAAID since its foundation had worked to enhance Arab food security by establishing the agricultural projects, he added that AAAID owns 28 agricultural companies (existing) in addition to another 6 companies (under establishment) and Sudan owns 11agricultural companies , he added that AAAID had given its interest in the deployment and localization of modern agricultural technologies such as zero-tillage agriculture that had been disseminated for the first time in the Blue Nile state by the Arab Sudanese blue Nile agriculture company (one of AAAID affiliates ) and then spread in the other parts of Sudan.
AAAID also gave concern to the small farmers through training courses and the programs of revolving loans.
AAAID currently is seeking more agricultural investments.
Finally His Excellency has presented an invitation to all financial institutions and agricultural development funds to play their rolls by creating the infrastructures for the agricultural projects in Sudan, because they are the main obstacles for the agricultural development, stressing that the government of Sudan supported and still providing all the facilities for the agricultural investors.