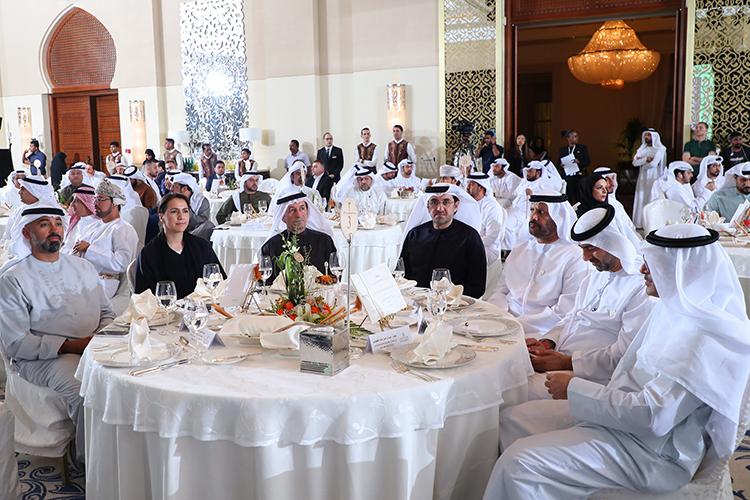 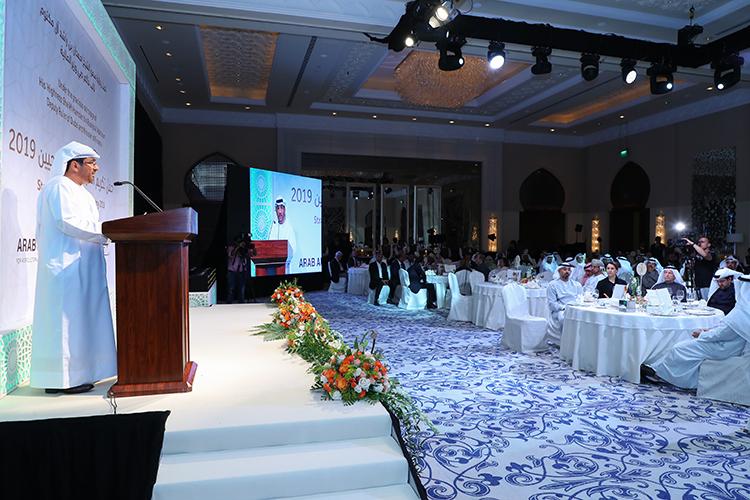 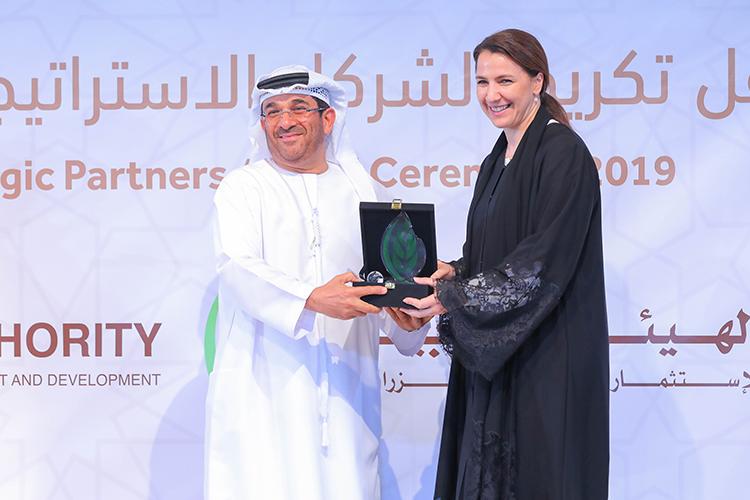 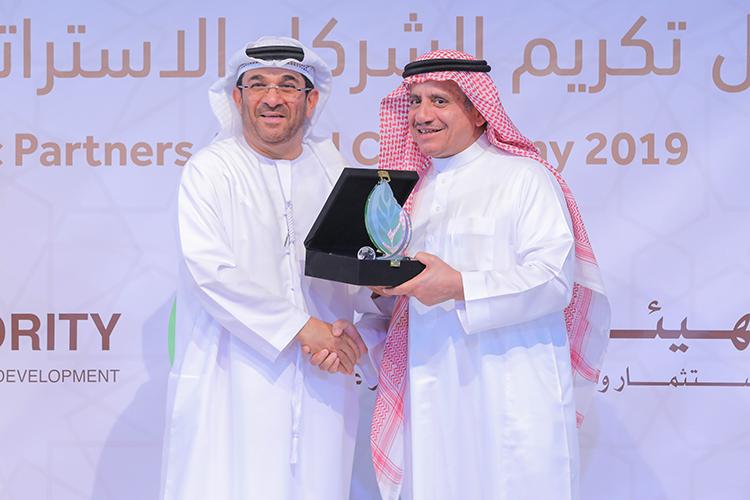 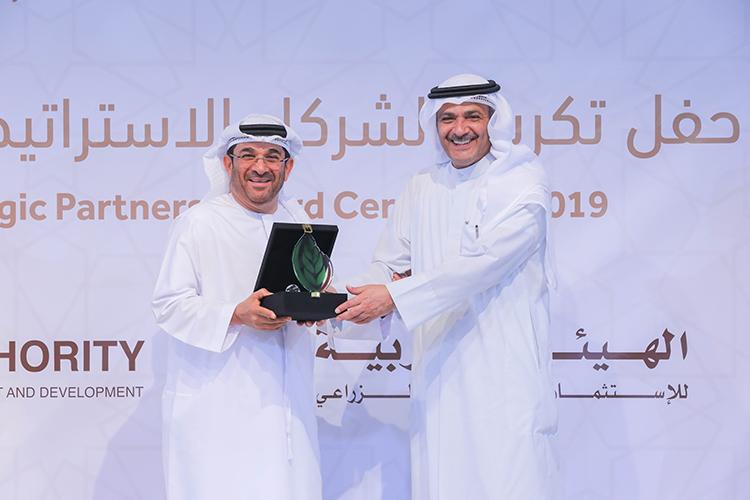 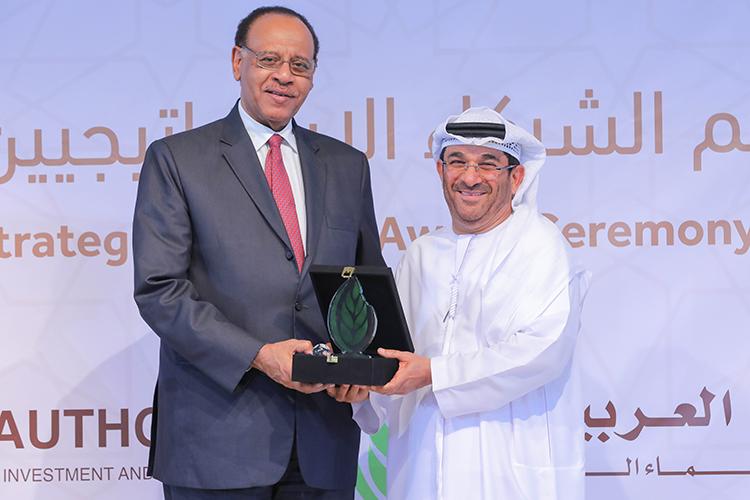 
Under the patronage of H.H. Sheikh Hamdan bin Rashid Al Maktoum, Deputy Ruler of Dubai and Minister of Finance, the Arab Authority for Agricultural Investment and Development (AAAID) honoured its strategic partners during a ceremony held in Dubai. The ceremony was attended by several top-level officials including ministers, undersecretaries, ambassadors of Arab and foreign countries, heads of Arab and international organizations, local authorities, directors of companies and banks, as well as a group of senior investors in the agricultural sector and businessmen.

The ceremony proved to be both timely and strategic as recent reports have shown that more than 50 agricultural companies are now dealing with the Authority, also reflecting total investments of about USD 631 million. The number of investment opportunities studied by the Authority has also reached to about 115, which focused on plant and animal production, food processing and agricultural services, while 69 development programs were conducted for small farmers and producers in the Arab countries, with agricultural areas amounting to about 26,000 feddans. The Authority also allocated about USD 13 million as funding support to small farmers and producers and about USD 5 million to promote the activity of contractual crops, while the number of beneficiaries of all these programs have reached to 93,000 farmers and producers. In the field of agricultural research and localization of modern technologies, the Authority has implemented about 95 applied research experiences in several Arab countries.

H.E. Mohamed bin Obaid Al Mazrooei, Chairman of the Arab Authority for Agricultural Investment and Development, expressed his appreciation for all partners from government and private institutions, diplomatic missions, organizations, Arab, regional and international entities for their continuing support for the Authority’s efforts in achieving success in agricultural development and food security projects in Arab countries. He also stressed on the keenness of the Authority to strengthen its relations with strategic partners and develop ties with various government and private sectors in the efforts to further develop investments for the agricultural sector and develop existing industries in Arab countries using the latest technologies. He emphasized that the future of agricultural and food investments are based on the localization of technologies in modern agriculture and technological innovations in the Arab world.

Al Mazrooei said: “The expansion of cultivated areas and the allocation of larger quantities of water are no longer sufficient to optimize natural resources, but by providing innovative solutions such as artificial intelligence (AI) in agriculture, the Internet of things (IoT), smart sensors and remote controlled machines–which have become urgent requirements in the production process because it provides the farmer with a precise agricultural database that allows him to use agricultural inputs, improve product quality, achieve high levels of production and control agricultural risks.”

Al Mazrooei concluded: “We look forward to continuing our path to success, given our leadership of over more than 42 years, during which the Authority focused its efforts on optimizing the benefits of distributing natural resources in the Arab countries and acquiring multiple expertise in various fields of agricultural investment. We look to tap the huge investment opportunities within the agricultural sector currently available to investors from the public and private sectors and address urgent need to develop an arable area of 220 million hectares. This area has not even exceeded the total area exploited for development which is only 33 per cent, while livestock is currently estimated to reach 350 million heads, the actual production of which has not covered the needs of the entire Arab region, and currently uses 62 per cent of water resources or about 258 million cubic meters per year.”