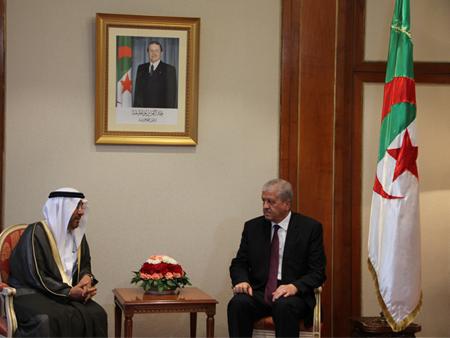 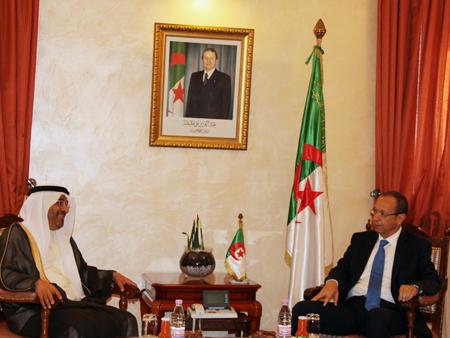 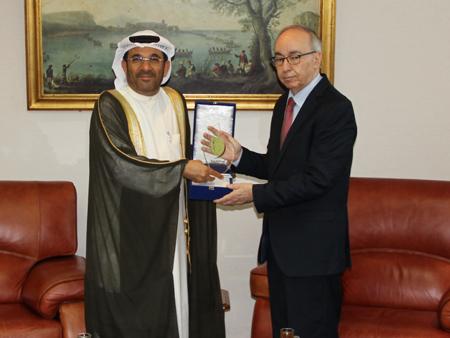 
The agricultural sector in Algeria a strategic component of the national economy and constitutes 10.1% of the Gross Domestic Product and the irrigated area is estimated at 197.835 Hectares. Algeria also owns an animal resource estimated at 2.5 million heads of livestock that places it at the lead of Arab countries with an attractive investment climate and enhances AAAID’s efforts of reinforcing Arab food security by investing in its land. In light of Algeria being one of the largest African and Arab countries in area and a contributor to AAAID’s capital, His Excellency AAAID President Mohamed Bin Obaid Al Mazrooei visited the Democratic Republic of Algeria between the 5th-6th of September 2017. During his visit, the President met His Excellency the Minister Abd El Malik Selal and provided an overview of AAAID, its activities and field of work and elaborated AAAID’s efforts towards the establishment of investment projects in Algeria with the aim of utilizing the country’s huge agricultural potential.

His Excellency the Minister overviewed his country’s efforts to develop the farming sector and explained the Government’s willingness to grant agricultural lands and facilitate AAAID’s mission to study and implement agricultural projects in Algeria. His Excellency also directed the Minister of Agriculture and Fishery to design roadmap to intensify AAAID’s activity in Algeria.

His Excellency AAAID President also met His Excellency Abdel Salam Shalghoum , Minister of Agriculture and Fishery where he discussed the potential agricultural opportunities with Proda, a government owned company. His Excellency further explained the availability of 5 investment opportunities that AAAID could grasp including the Calf fattening and Red Meat Production and Processing Project, The Milk Production and Processing Project, The Potato Production project, the Chicken Slaughterhouse and the Vegetable and Fruit Storage and Packaging project.

An overview of the Grain seeds production project was provided to a number of selected Algerian investors as well as discussion of the special procedures related to granting land to the project in the state of Tiaret or Jalfa. His Excellency directed the coordination with the National Committee for Facilitation of Agricultural Land Grants and discussed the possibility of a new mechanism whereby AAAID and the National Fund for Agricultural Solidarity, which aims to grant loans to small-scale farmers.

Hs Excellency’s visit stemmed from AAAID serious concern with opening cooperation horizons in the agricultural sector in Algeria. H.E also visited His Excellency Hajji Bin Ammi, the Minister of Finance and negotiated areas of cooperation between AAAID and the Ministry. The two parties also discussed proposals supporting the introduction of AAAID to the circle of Algerian businessmen and investors and exploring the establishment of a joint investment company between AAAID, Algerian financial banks and institutions and the private sector. His Excellency AAAID President welcomed these suggestions and committed to taking the necessary measures towards their study and implementation.