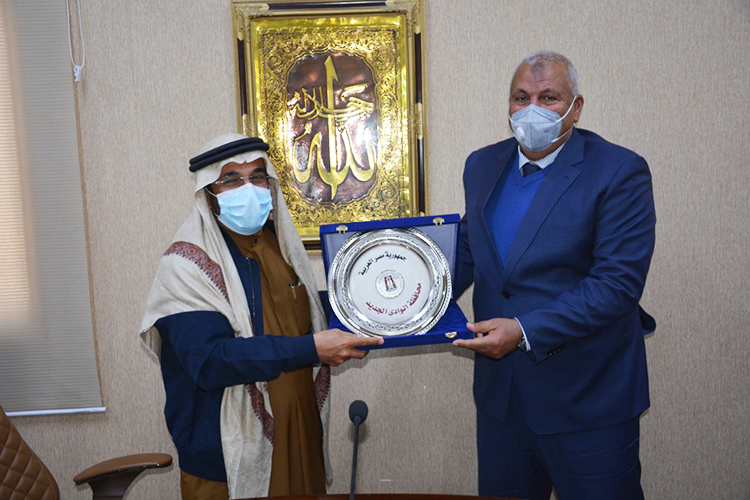 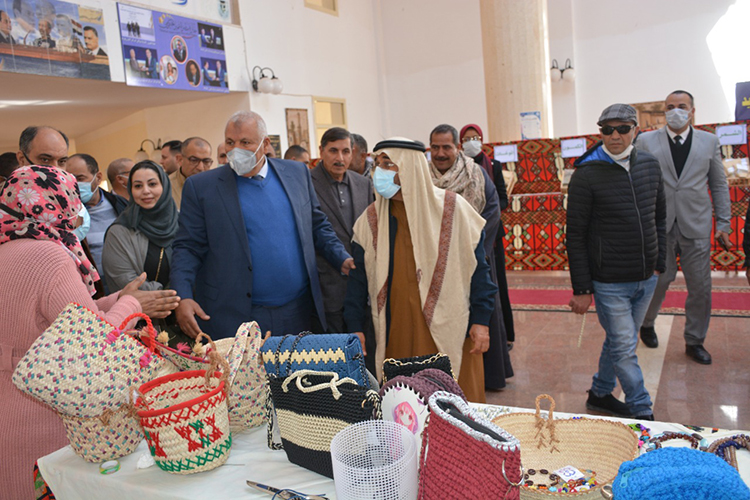 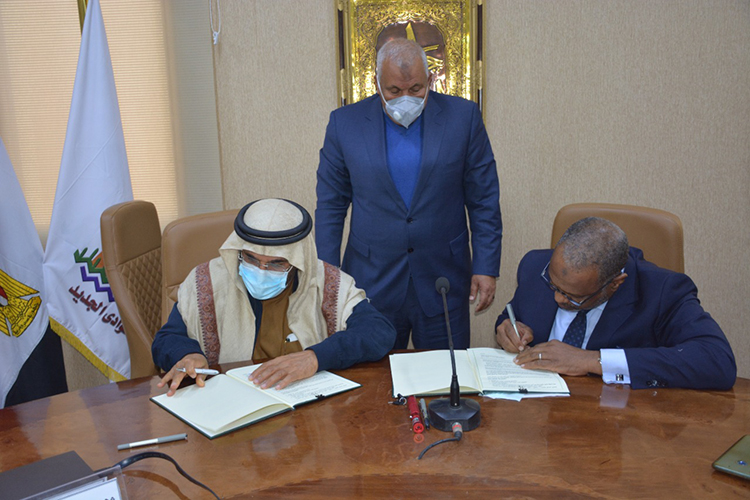 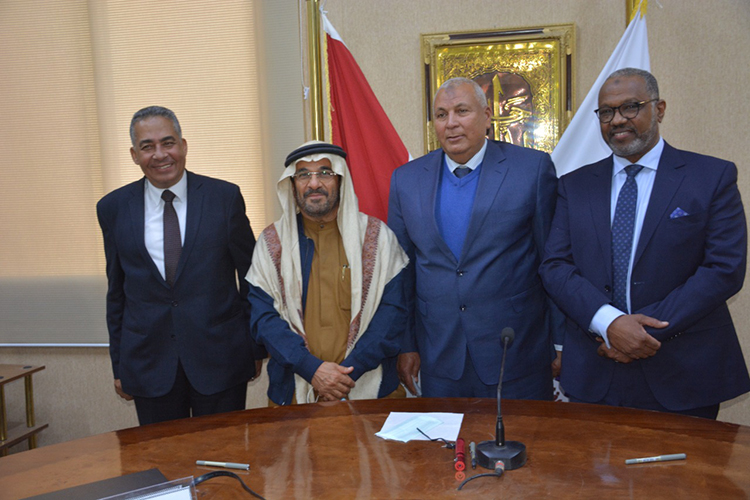 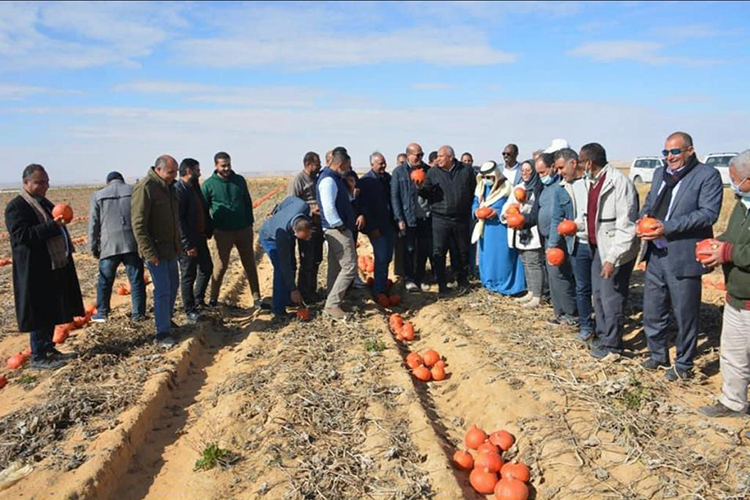 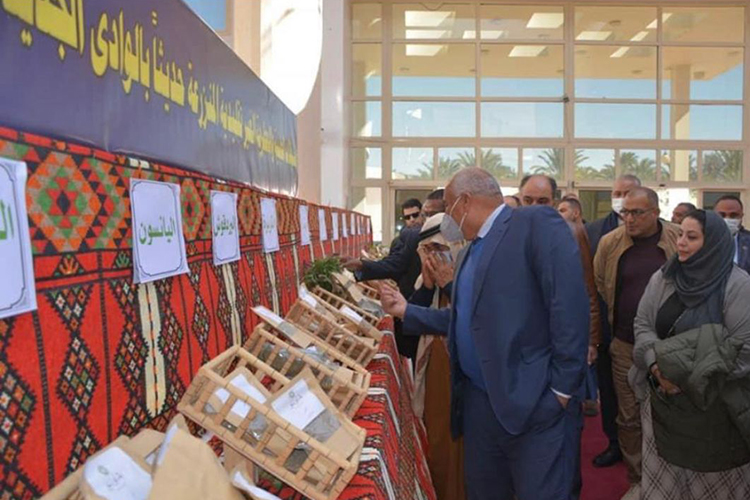 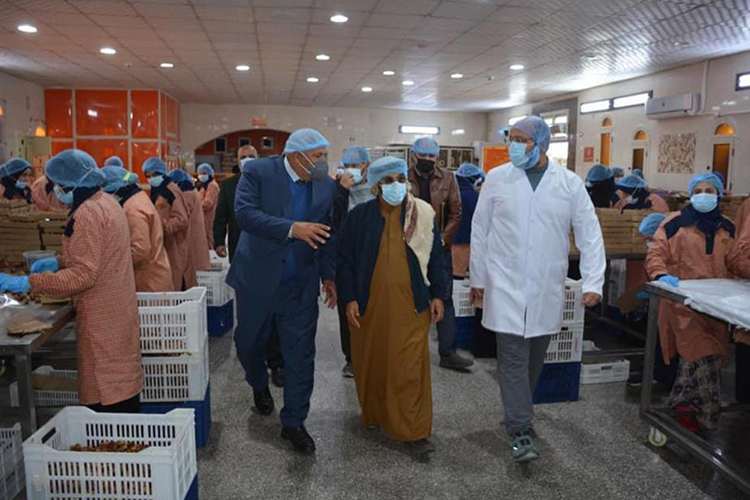 
A delegation from AAAID, headed by His Excellency Mr. Mohamed bin Obaid Al Mazrooei, President and Chairman of AAAID, had recently paid a visit to the New Valley Governorate in the Arab Republic of Egypt, from 16 to 21 January, 2022.

The visit followed the kind invitation of His Excellency Major General Mohamed El Zamlout, Governor of the New Valley, and reflected AAAID’s interest to strengthen means of cooperation and create promising investment opportunities with the aim of enhancing Arab food security.

AAAID’s delegation was received by H.E. Maj. Gen. El Zamlout at his office, who generously welcomed them to meet with a great number of investors in the Governorate. In addition, H.E. El Zamlout briefed the delegation about the Governorate’s capabilities, investment opportunities, and available development projects.

During the visit, a joint memorandum of understanding was signed between AAAID and the Arab Poultry breeders Company Ommat, on January 16, 2022, in the hospitality of H.E. Maj. Gen. El Zamlout at his office. The joint MoU aims to set a framework for cooperation between the two parties in related activities, in order to establish future joint investments in the poultry production field and other agricultural fields in Arab countries.

The parties’ cooperation enabled AAAID to review feasibility studies for new investment opportunities present at the Arab Poultry breeders Company Ommat; including Jodoud Project in the Arab Republic of Egypt, Broiler Mother Project in the United Arab Emirates and the Kingdom of Saudi Arabia, Mothers of Broiler chickens in Kuwait. AAAID also reviewed studies that were carried to expand existing projects, and efficiently exchanged experiences in related fields of work.

AAAID’s delegation visited a model palm-farm project at Dakhla, Al Owainat Road, which is established on an area of 3,000 acres, in order to be introduced to the medicinal and aromatic oils production project that include a farm to plant medicinal and aromatic plants, a greenhouse, and a factory for oil extraction. Furthermore, the delegation supported the non-traditional planting approach, and praised the step taken to achieve local and international production marketing.

A visit was also paid to the “Jinan” Village Development Project, aimed at supporting the youth by providing housing, farm lands and cows. The delegation had also met with a number of Egyptian and Arab businessmen and investors in Sharq Al Owainat, where the Governor confirmed the Governorate’s capabilities and the available fertile environment for investments with great included facilitations.

H.E. Mr. Al Mazrooei ensured AAAID’s keenness to contribute in enhancing and supporting investment in the Arab countries, and maximizing the economic feasibility of various projects to achieve development. The delegation also toured a number of investment projects affiliated with Egyptian and Arab investors in Sharq Al Owainat, in which the tour included agricultural investment projects for a number of Egyptian and Arab companies that invest in growing potatoes, citrus, palms and wheat.

At the end of the visit, H.E. Mr. Al Mazrooei expression his thanks and appreciation to H.E. Maj. Gen. El Zamlout for his generous hospitality, and expressed how AAAID seeks to build successful investment partnerships with relevant parties in order to enhance food security. He added that AAAID aims to increase its investments in the Arab Republic of Egypt, as well as learn about existing investment projects and new investment opportunities.