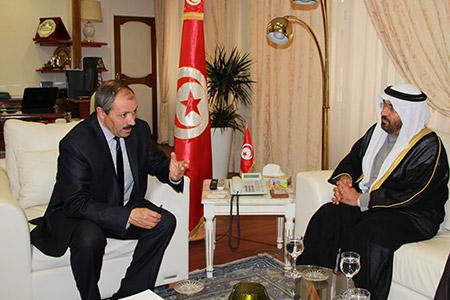 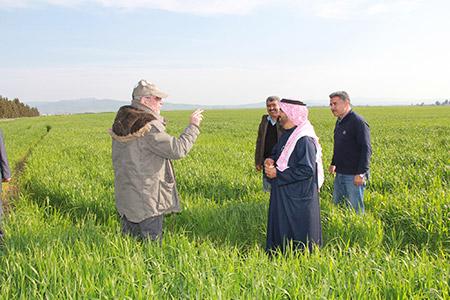 HE Al Mazrowei Visits the Republic of Tunisia


His Excellency Mohamed Bin Obaid Al Mazrowei –President of AAAID has met his highness Engineer Saad Al Sideeg –the Minister of Agriculture in the Republic of Tunisia in the presence of the Directors of finance, Land Restructure Department and the director of International Cooperation.
The meetings came during his visit to the Republic of Tunisia during the period from 14 to 17 March 2014.
The meeting discussed the obstacles that facing the activity of Al Marga Co. (one of AAAID affiliated company) which represent in irrigation network maintenance and the capability to increase the irrigated lands that belong to the company.
For his part, the Minister praised the role of AAAID to develop its financial, social and economic performance and he promised to overcome all the problems that facing the company in coordination with the Ministry of Agriculture and the concerned authorities in the State of Jundoba. On the sidelines of the visit HE Al Mazrowei has met Mr. Mohamed Kunesh – Chairman of the Tunisian Solidarity Bank who delivered a brief on the activity of the bank and its communications with the international financial institutions and bank plan to increase its financial resources through loans.
For his side, Mr. Al Mazrowei has presented a brief on AAAID activities as well as its participations in the investment projects and its existing and under establishment projects.