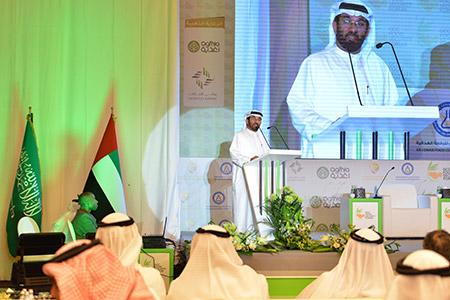 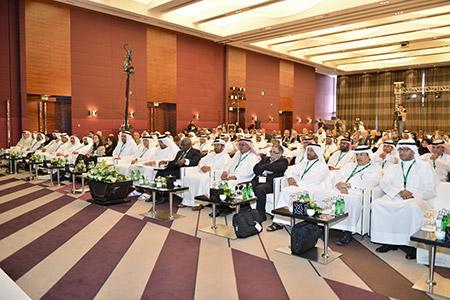 
AAAID has concluded the event of the Gulf Forum to Enhance Food Security and support Small Scale and Medium Farmers, which held in Abu Dhabi on 2 March 2015.
The forum organized by AAAID in partnership with the International Fund for Agricultural Development (IFAD), in cooperation with the Abu Dhabi Food Control Authority, Abu Dhabi Food Security Center.

The event opened by HE Dr. Rashid Ahmed Bin Fahad –Minister of Environment and Water in the State of the UAE and attended by various delegations from different parts of the region and the world.
The forum included four main sessions discussed the most prominent topics on agriculture and food in the GCC and the gulf investments out of the region, in addition to the challenges and difficulties that facing this sector by encouraging and supporting the small and medium scale farmers.
The final session witnessed bilateral meetings and discussions on the way to enhance agriculture and food security and several recommendations were resulted.

The most prominent recommendations called on supporting the small and medium farmers by providing them the most advanced techniques, funding and establishment of the agricultural services companies.
The presence stressed the need to bridge the Arab food gap, which estimated to USD 35 Billion by raising the Arab consumer awareness to reduce the waste of food and by encouraging the Arab countries to provide the preferential advantages to the food security projects.
The recommendations included a focus on agricultural extension and providing farmers with sound scientific methods which adopted by the countries that hosting the gulf investments, in addition to the modern methods in irrigation and the way to resolve the problems of water.
The participators called on the Arab funds to finance the infrastructures projects in the rich agricultural countries such as dams, electricity and communications and finally they urged the governments to resolve the obstacles that hinder the progress of the investments.