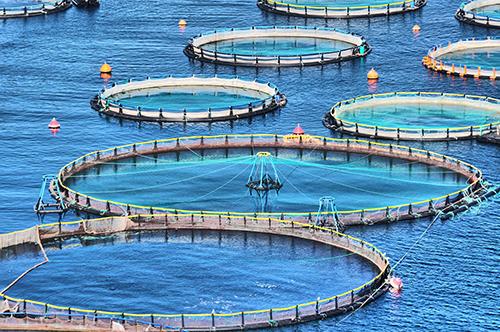 His Excellency Mohamed Bin Obaid Al Mazrooei, AAAID President and his delegation visited the Kingdom of Saudi Arabia from 4-5 October 2016. to explore potential expansion in further investments in the Kingdom to meet several officials.
H.E and his accompanying delegation met His Excellency Engineer Ahmed Bin Salih Al Abada, Deputy Minister of Environment and Fishery Resources in the Ministry. The two parties overviewed the status of the Arabian Shrimp Company, its reoperation and related issues as well as AAAID’s efforts and it interest in investing the fish-breeding sector using floating cages. During the meeting, AAAID conveyed its desire to invest in the founding of the Holding Company currently under establishment by the Ministry and the Saudi private sector.

His Excellency the Deputy Minister thanked AAAID President for the visit and committed to removing the challenges facing the Arab Shrimp Company and others facing AAAID’s journey and lofty goals for te reinforcement of food security in the Arab countries in general and particularly in the Kingdom of Saudi Arabia.