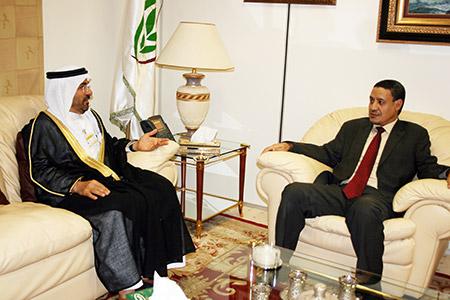 
His Excellency Mohamed Bin Obaid Al Mazrowei , President of AAAID has received in his office in Khartoum HE. Al Hassan Ould Mohamed Ould Alwan – Ambassador of the Republic of Mauritania on Tuesday March 3th , 2014.
HE Al Mazrowei welcomed the visit of HE Ambassador and he gave him a brief on AAAID activities and its investments in the Republic of Mauritania and the results of the last visit to Mauritania during the period 26-27 January 2014.
From his part HE Ambassador extended his gratitude to the President of AAAID for the visit and the warm reception and he declared that the purpose of the visit is to strengthen the ties of cooperation between the embassy and AAAID.