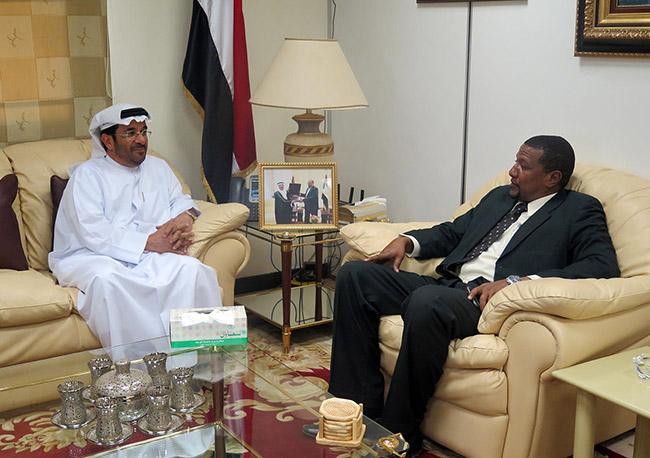 H.E the President welcomed the Minister and briefed him on the plans and activities of the Arab Authority in various fields, especially developmental programs. He explained that the Arab Authority’s responsibility is increasing day by day as the Arab food gap increases. This requires the concerted efforts of all concerned parties to increase agricultural production in the Arab world. He further added that Sudan has the resources to achieve Arab food security and is a candidate to become a world leader in agriculture.

For his part, the Minister thanked H.E the President of AAAID for his warm hospitality, pointing out that the aim of the visit is to strengthen the cooperation between the Arab Authority and the State of South Darfur, especially in the field of development. The two sides exchanged collaboration ideas between the Arab Authority and the State, which is rich in enormous animal wealth, noting also the density of sandy valleys in the state, which can be used in the process of water harvesting.