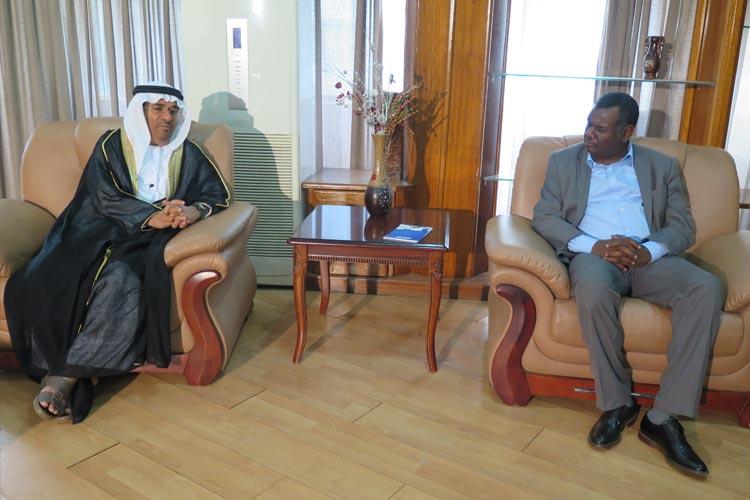 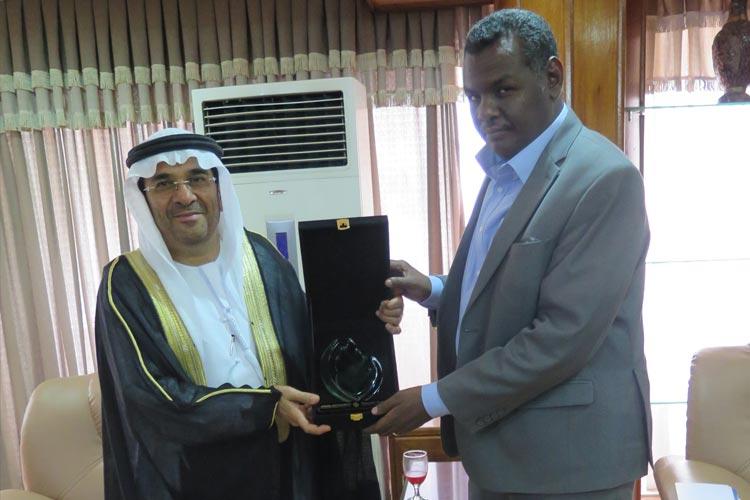 H.E the President of AAAID expressed his gratitude and appreciation to His Excellency the Minister for providing the opportunity for the meeting, which comes with the purpose of introducing His Excellency the Minister to AAAID and its vision, mission, objectives and different investments. His Excellency Al Mazrooei also explained the sectors that the Arab Authority operates, which include the agricultural manufacturing sector, plant production sector, animal production sector, in addition to the sector of agricultural services and development activities. His Excellency highlighted the Arab Authority’s efforts to achieve sustainable development in rural communities in Member States, referring to the experiment of the Arab Authority in supporting the sector of small farmers and producers, explaining that the experiment began with 1300 beneficiaries, reaching about 35,000 beneficiaries currently. H.E Al Mazrooei also expressed his aspirations for more support and consideration from the Government of Sudan to AAAID’s projects in the Headquarters host country so that the Arab Authority can achieve its mission and increase its investments to reinforce Arab food security.

For his part, the Minister welcomed H.E the President of AAAID and his accompanying delegation wishing the Arab Authority success in its ambitious endeavors to increase investments in Sudan, and highlight what it has provided to the Sudanese economy in the field of agricultural industrialization. Further pointing out that Sudan needs to amplify its joint efforts to launch projects that serve and support food security.