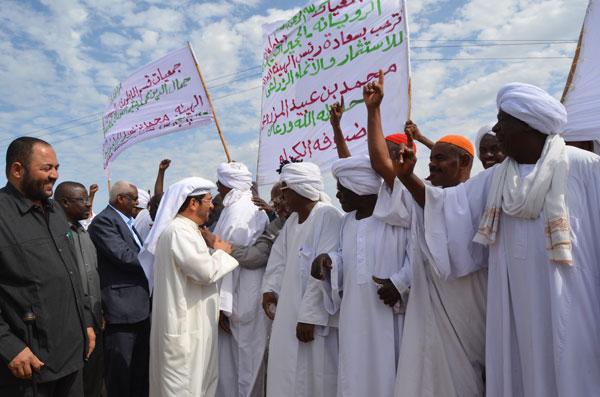 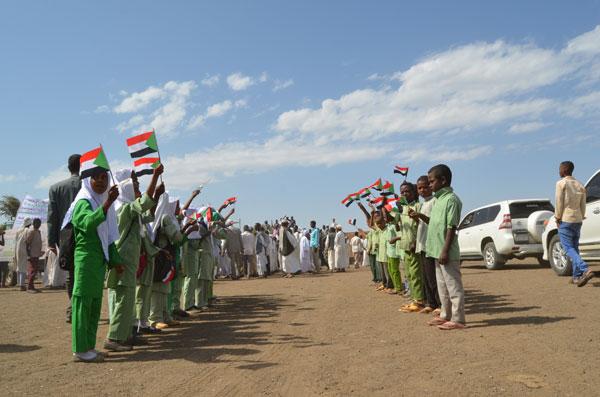 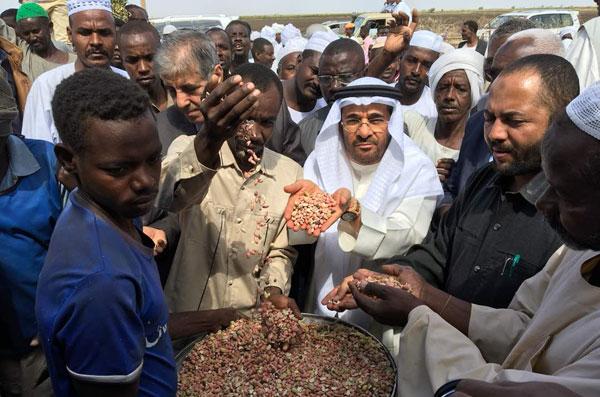 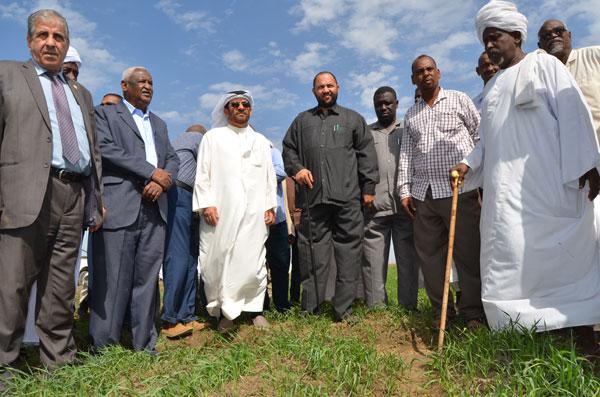 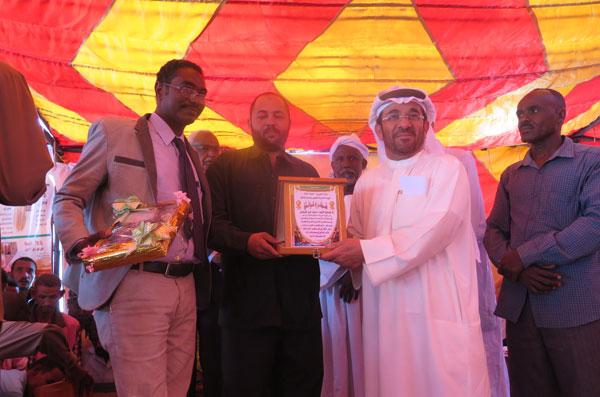 His Excellency the President of AAAID visits the area of Gabojja – Al Jazirah State, Sudan


In 2008, AAAID launched an initiative to establish a revolving loan fund for small producers in it’s member states with a proposed capital of USD 100 million. Whereby the Arab Authority for Agricultural Investment and Development contributed in the amount of USD 10 million to stimulate other institutions to mobilize additional resources for the fund. The fund was set up in order to enhance the role of AAAID in the fields of sustainable development in rural agricultural communities through mobilizing resources and directing them to contribute to increasing the productivity of the rural agricultural community. The Fund aims at providing agricultural financing directed at small producers to achieve the investment and development objectives of the Arab Authority for Agricultural Investment and Development. As well as encourage them to increase their production, improve their standard of living, raise their productivity, diversify their activities and develop their abilities. The Fund also aims to activate the role of producers’ associations to contribute to the advancement of agricultural development in the Arab region.

On 26 November 2017, H.E Mr. Mohammed Bin Obaid Al Mazrooei, President of AAAID, accompanied by a delegation from AAAID, visited the area of Gabojja located in the Al Jazirah state in Sudan. This is in response to the invitation of the Gabojja farmers to launch the harvest activities and fulfill the pledge made by H.E the President with the farmers of the region during their visit to the AAAID headquarters in April 2017. They also wanted to provide awards as a token of gratitude for the support they received from the Arab Authority, which promised to visit the area to witness the physical output of their productivity. H.E the President and his accompanying delegation also wanted to learn about the success of cultivation of peanuts, which was cultivated during the summer season on an area of 1500 acres and the beginning of the cultivation of wheat on an area of 1250 acres with funding from AAAID.

During the ceremony, which was held in honor of his visit to the village of Kados in the province of Al Managil located at the Al Jazirah state, His Excellency thanked the farmers of Gabojja for their invitation to the launch of the harvest process. The ceremony witnessed attendance and participation from the mayor of the Al Managil province, the director of the Gezira Agricultural Project, the agricultural research director, representatives from the Ministry of Irrigation, and managers and directors of agricultural insurance companies. This is in addition to the director of the National Security office in the province. As well as the associations of the Gezira Agricultural Project and students and citizens of the region.

H.E pointed out that the Arab Authority has contributed to changing the way of life in the region. He further pointed out that the Arab Authority, since 2004, has worked on the interest of the associations of producers and farmers through the implementation of a series of programs and activities and technical support, through agricultural extension and settlement of agricultural technologies and providing loans, and establishing successful model projects in various Arab countries. He further called on farmers to double their efforts, explaining that during the period of 2013-2017, the total output increased from 15 sacks/feddan to 30 sacks/feddan. While wheat output went from 10 sacks/feddan to 21 sacks/feddan. This is in addition to an increase of 100 feddans of peanut cultivation, up from 369, while wheat went up from 280 feddans to 1250 feddan. Meanwhile the number of farmers increased from 79 to 225.

For their part, all farmers stressed that the experiment of funding they received from the Arab Authority was successful and enabled the farmers of the village of Kados to change their economic conditions, stressing that this funding has facilitated a boom and growth in the region ,as well as the lives of citizens. They also confirmed their readiness to continue with AAAID to increase the number of beneficiaries of funding in the coming seasons.
For his part, Engineer Jaili Mustafa, Mayor of Al Managil, said that the Association of Gabojja is a model for contractual partnerships between AAAID and the cooperative societies, praising the position of AAAID, which contributed to the development of the agricultural process of the Gezira Agricultural Project.

Engineer Othman Samsaah, Governor of Al Jazirah said that the Gezira project requires increased funding; calling on the Arab Authority to raise the ceiling of funding for this promising project.
To conclude the ceremony, the citizens of the village of Kados and the farmers of Gabojja honored H.E the President of the Arab Authority with certificates of appreciation and souvenirs for the support from AAAID in the region.
It is worth mentioning that farming was carried out using integrated agricultural machinery, equipment and technology under systematic, scientific and field supervision. The results were impressive in terms of plant density and growth consistency and the absence of weeds, showing promising future results.

At the end of the visit, all farmers stressed the need for the continuation of AAAID to provide funding to increase agricultural areas with full commitment to pay off their debts. The delegation got a look at the process of harvesting the peanuts, which is nearing its end and signifying high productivity through the survey of a number of farmers. The delegation also visited exhibition accompanying the celebration, which contains a number of agricultural equipment and informational posters.