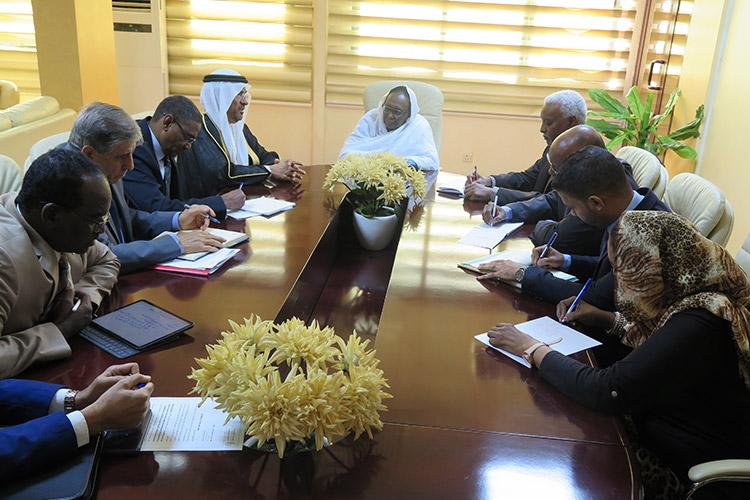 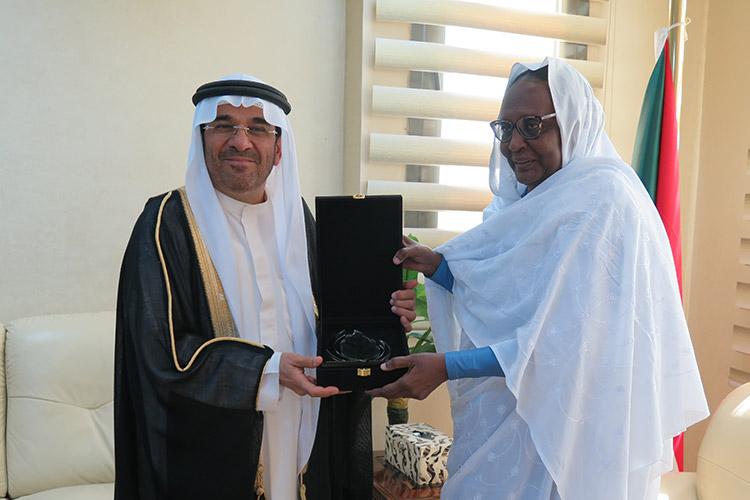 
H.E Mohammed bin Obaid Al Mazrooei, President of the Arab Authority for Agricultural Investment and Development (AAAID), accompanied by a delegation from AAAID, visited H.E Asmaa Mohammed Abdullah, Minister of Foreign Affairs, on 26 November 2019 at her office in the Ministry headquarters in Khartoum, Sudan.

H.E the President congratulated the Minister on the occasion of assuming the functions of the Ministry and thanked Her Excellency for providing the opportunity for the meeting, which comes with the purpose of introducing Her Excellency the Minister to the works of AAAID. H.E Al Mazrooei reviewed AAAID’s investments and projects in Arab countries, explaining the sectors in which the Arab Authority operates, which are represented in the industrial sector, plant production and animal production, in addition to the services sector and various developmental activities. His Excellency stressed that AAAID has an important role in supporting the small farmers sector in Sudan, pointing out that the number of families benefiting from the program of small farmers reached about 35 thousand beneficiaries, further noting that it began with 13 thousand beneficiaries.
His Excellency the President of AAAID called upon Her Excellency the Minister to provide support and assistance to AAAID’s affiliate companies in the State of Headquarters so that the Arab Authority can work on achieving its mission to reinforce Arab food security.

For her part, Her Excellency the Minister welcomed H.E the President and his accompanying delegation, wishing AAAID success in its ambitious endeavors to increase investments in Sudan. Further praising the role of the Arab Authority in the Republic of Sudan and what it provided to the Sudanese economy in the field of vegetables, dairy, starch, glucose and poultry. In addition to other projects that aid in reaching food security. Her Excellency also guaranteed to provide all assistance and support to the Arab Authority and its affiliate companies in the headquarters country to serve its objectives of reinforcing food security.