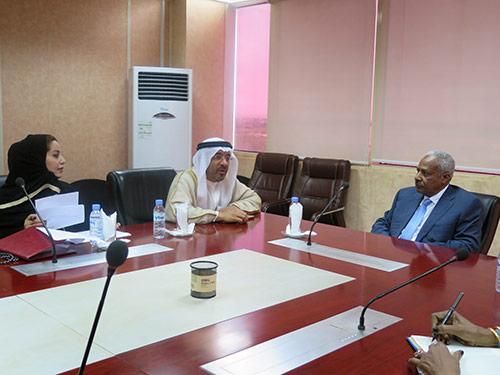 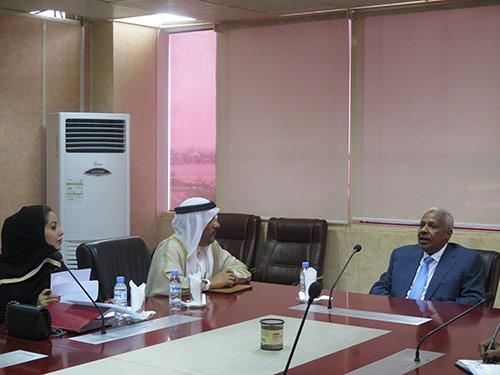 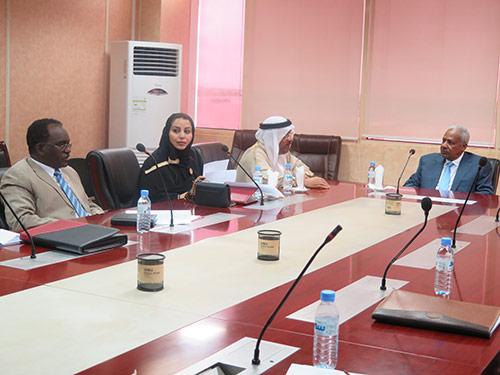 
In light of AAAID’s efforts to organize the Third Arab Conference for Agricultural Investment in Sudan, His Excellency Mohamed Bin Obaid Al Mazrooei, AAAID President visited His Excellency Badr Eldin Mahmoud, Minister of Finance and Economic Planning of the Republic of Sudan on Sunday July 17th 2016.
His Excellency AAAID President thanked His Excellency the Minister for the opportunity to meet and present him with the ongoing arrangements for organizing the Third Arab Conference for Agricultural Investment in the Republic of Sudan in early 2017. He added that the conference was being organized with the extensive participation from companies, Arab and international investment and finance funds, the Islamic Development Bank, The World Food Program, The International Monetary Fund and other relevant organizations as well as Arab businessmen.

During the meeting, a presentation was conducted to introduce the Third Arab Conference for Agricultural Investment in Sudan and explain the justifications of selecting Sudan as the conference venue. These included the support of His Excellency the President’s Food security initiative and the activities and achievements that have taken place in the field of agricultural investment and development as well as the comparative advantages and the attractive investment climate in Sudan.
His Excellency, the Minister welcomed Mr. Al Mazrooei and his delegation, wishing AAAID success in its serious efforts to increase investments in Sudan. He emphasized the support that AAAID will receive from his Ministry to support to achieve outcomes that will support and the directives of His Excellency the President’s Arab food security initiative.