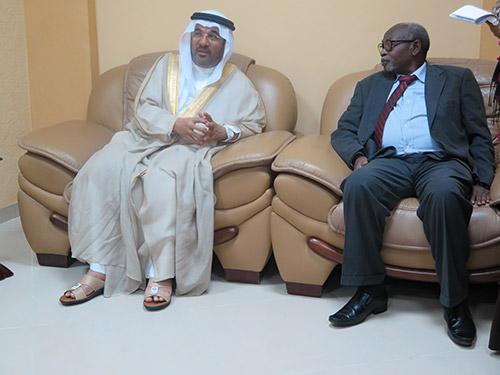 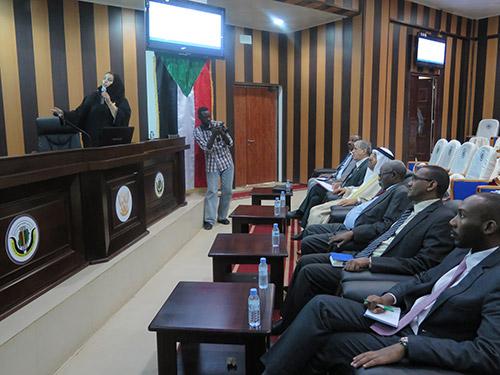 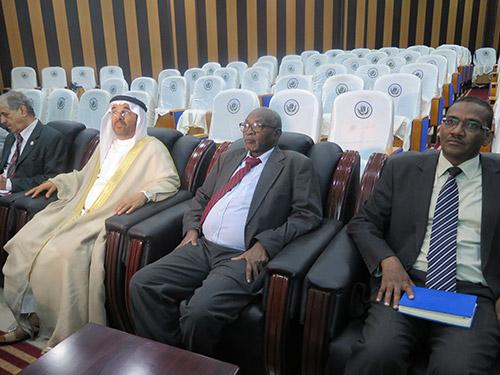 
AAAID’s activity in the agricultural sector began in the Republic of Sudan, as it is a country rich in natural resources including vast, fertile arable lands and large animal resources. The country also enjoys diverse and renewable water resources, climate diversity and a strategic location, which makes it appropriate for all types of animal and plant production. AAAID has 11 affiliated companies in Sudan, 10 of which are established and one currently under establishment, which make its investments in the country 61% of its total investments.
In light of AAAID’s efforts to organize the Third Arab Conference for Agricultural Investment in Sudan, His Excellency Mohamed Bin Obaid Al Mazrooei, AAAID President visited His Excellency Dr.Ibrahim Adam Ahmed Al Dhikheiry- Minister of Forestry and Agriculture of the Republic of Sudan on Sunday July 10th 2016 in his office at the Ministry.
To commence the meeting, His Excellency AL Mazrooei congratulated His Excellency the Minister and all the officials of the Sudan Government on the occasion of Eid Al Fitr. He also his gratitude to H.E the Minister for his generous welcome and continuous support of AAAID’s investments and activities in its Head Office in the country.
His Excellency, the Minister welcomed Mr.Al Mazrooei and his delegation and thanked His Excellency for the visit and his continuous engagement with the officials of the ministry and other government officials. He ensured the importance of AAAID’s role in achieving food security by utilizing Sudan’s rich agricultural resources following the directives of His Excellency the President’s food security initiative.
His Excellency, AAAID President explained that the objectives of the visit were to inform His Excellency of AAAID’s keenness on organizing Third Arab Conference for Agricultural Investment in Sudan in early 2017 as well as updating him on the status of AAAID’s investments in Sudan.
During the meeting, a presentation was conducted to introduce Third Arab Conference for Agricultural Investment in Sudan and explain the justifications of selecting Sudan to organize the conference. These included the support of His Excellency the President’s Food security initiative and the activities and achievements that have taken place in the field of agricultural investment and development as well as the comparative advantages and the attractive investment climate in Sudan. Further the logistical facilitations and support required for the organization of the conference and the objectives were outlined in exploring agricultural investment opportunities in Arab countries and enhancing the efforts of Arab countries towards developing investments and increasing investments in the agricultural sector. In addition, they included  encouraging Arab governments to create an attractive investment climate to facilitate procedures and provide and privileges and customs concessions to local agricultural products.
The Minister ensured his full welcome and support of the conference and his readiness to provide all the necessary facilities required to produce the recommendations that support His Excellency the President’s Initiative to achieve food security in the Arab world.