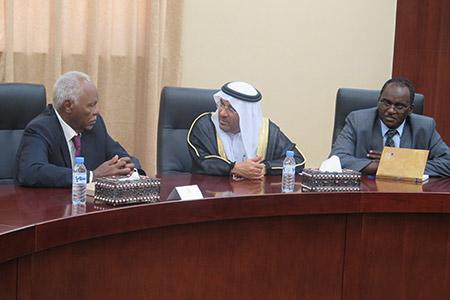 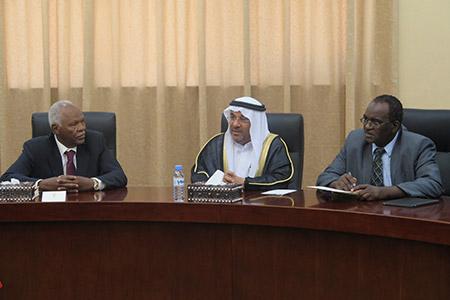 
AAAID’s agricultural investment activities started in the Republic of Sudan, as it is a country rich in natural resources including vast, fertile agricultural lands, animal resources and diverse and renewable water resources. In addition, Sudan is featured with a large climatic diversity and a strategic location, making it suitable for all types of animal and plant production. AAAID contributes in 11 agricultural companies in Sudan, 10 of which are established and 1 is under establishment making AAAID’s investments in the country reach 61% of its total investments.
In this light, AAAID’s President Mr.Mohamed Bin Obaid Al-Mazrooei held meetings and the relevant officials in the Republic of Sudan to discuss the means of potential cooperation to achieve the goals for which AAAID was established. Thus, His Excellency and his accompany delegation visited His Excellency Dr. Awad Ahmed Al Jaz, Assistant to the President in the Presidential Palace in Khartoum on March 9, 2016. Mr. Al Mazrooei congratulated His Excellency on occasion of His appointment, wishing him success and expressing his gratitude for welcoming His Visit. Mr.Al Mazrooei also thanked the Government of Sudan for hosting AAAID’s Headquarters and providing support to AAAID and its affiliated companies.
His Excellency Assistant of the President was provided an overview of AAAID’s investments in Sudan and the difficulties that face it in particularly problems related to lands and others.
He commended AAAD’s efforts wishing the authority success in achieving the endeavors for which it was established and for which Sudan was chosen as a Headquarters for its qualifying position. He requested the need for AAAID to increase its investments in Sudan emphasizing that it will find support from the Government of Sudan for achieving its goals of reinforcing Arab food security through optimal utilization of Sudan’s agricultural resources.