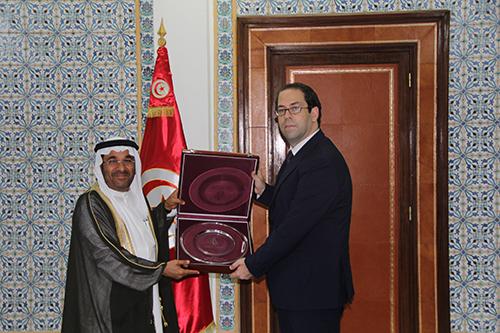 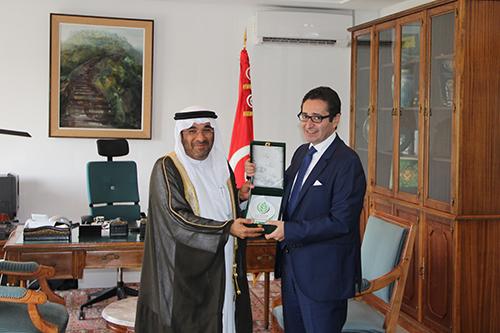 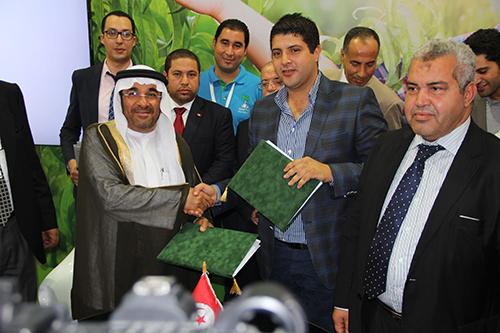 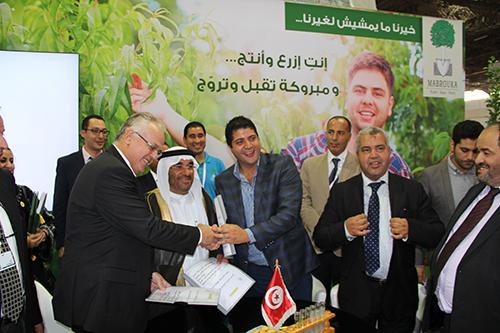 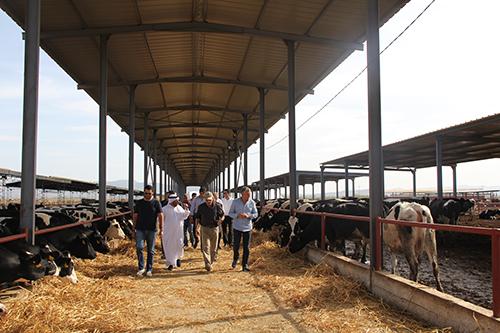 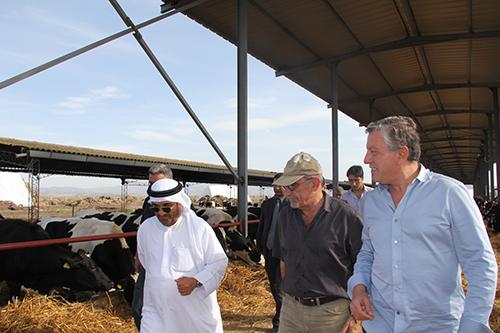 Promising AAAID Investments in the Republic of Tunisia


Agriculture is a main pillar of the Tunisian economy, contributing to the GDP by approximately 9% through its effective contribution to the achievement of food security. The Republic of Tunisia’s shareholding in AAAID is one of the ways it contributes to the reinforcement of food security while AAAID holds shares in several companies operating in the food and agriculture sectors in the country.

His Excellency Mohamed Bin Obaid Al Mazrooei, AAAID President visited the Republic of Tunisia on the 18-23 October 2016 to explore further investment opportunities and to present AAAID’s capabilities. During the visit, the President met His Excellency Samir Al Tayeb, Minister of Agriculture and Water Resources and deliberated areas of cooperation in various agricultural sector activities. H.E The Minister overviewed AAAID’s arrangements to organize The Third Arab Conference for Agricultural Investment to be held in Khartoum in which investment opportunities in the Arab countries will be presented. The Republic of Tunisia was invited to benefit from the event with purpose of promoting the country’s investments.

His Excellency also held a meeting with His Excellency Yousif Al Shahid, The Tunisian Prime Minister during which he introduced AAAID and its activities in general and in Tunis in particular. His Excellency also discussed a number of issues related to the performance levels of AAAID’s established companies in Tunisia, their challenges and procedures related to new projects. These include the Potatoes seeds project in partnership with Al Mabrooka Company and the Investment Fund Program, the Fishery Aquaculture project with SAGES Company and the Storing, packaging, grading and export of vegetables and fruits in Tunis with Al Teriki Group and Al Mabrooka company. His Excellency the Prime Minister confirmed his full support of AAAID’s projects and activities in the Republic of Tunisia.

His Excellency AAAID President met His Excellency Mohamed Al Fadil, the Minister of Investment, Development and International Cooperation and AAAID Board of Shareholder member. During the meeting, His Excellency presented AAAID’s performance, financial position and the measures taken to implement the strategic guidelines and doctoral distribution of its agricultural investments. His Excellency the Minister thanked the President for the efforts exerted by AAAID’s management and its concern with increasing agricultural investments in Tunis and extended AAAID an invitation to the International Investment Forum (Tunis 2020) that will be held end of November 2016.

On another front, His Excellency witnessed the Opening Ceremony of the SIAT Agricultural Exhibition held in the honorary presence of His Excellency the Prime Minister. His Excellency AAAID President met a number of senior officials and the General Manager of The Agricultural Investment Promotion Agency. The Exhibition led to the signing of an investment agreement and an establishment agreement for the International Seeds Company. Further, a Memorandum of Understanding between AAAID, Qeirat Group and Al Teriki Group for the implementation of a project aiming to enhance post vegetable and fruit harvest activities. These activities include grading, packaging and cooling refrigeration and juice production for export purposes.

His Excellency AAAID President and his delegation visited Safaqis State, the capital of the Tunisian South to explore further investment opportunities during which he met a number of investors and businessmen operating in the agricultural sector.
His Excellency concluded the visit to the Republic of Tunisia with a visit to Al Marga Company for Cattle Breeding and Agricultural Development, a AAAID company. The visit conducted to assess the company and oversee the company’s expansion and promising achievements that have a positive impact on the company’s development and enhancement.