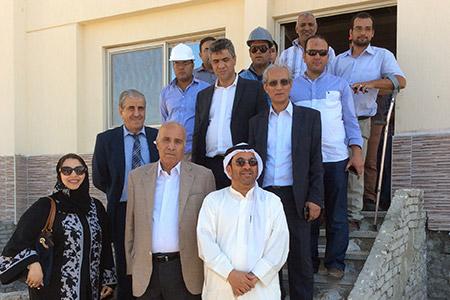 Promising Investment opportunities in the Arab Republic of Egypt


The president of AAAID Mr. Mohamed Bin Obaid Al Mazrooi has met with HE Dr. Salah Hilal –the Minister of Agriculture and land reclamation during the period 2-3 Sep 2015 in the building of the Ministry in Cairo.
The minister welcomed HE Mr. Al Mazrooi and the accompanied delegation, wishing him all the best.
From his part, HE Mr. Al Mazrooi extended his thanks to him for the warm reception and hospitality.
Mr. Al Mazrooi presented an explanation on AAAID’s existing projects and programs as well as the ways of cooperation between AAAID and the Arab Republic of Egypt, as well as the project of Sorghum and Soya.
The minister briefed on the Third Arab Conference for Agricultural and food Investment in Cairo, HE the Minister showed his deep concern in the conference and assured his support to the event.
During the visit to Egypt, HE the president has met some of the officials in Egypt such as Dr. Khalid Al Hosni – Head of the General Corporation for livestock Development, he also held several meetings with investors such as Wadi Degla Group and he discussed cooperation and future join ventures.
He also visited Dakahalia projects in the tenth of Ramadan city due to a kind invitation from Eng. Mahmoud Al Anani – Chairman of the Board of Directors.
The projects included the stations for Poultry fattening, farms for the production of grapes, citrus fruits, olives, pomegranate and projects for fodders and slaughterhouse.