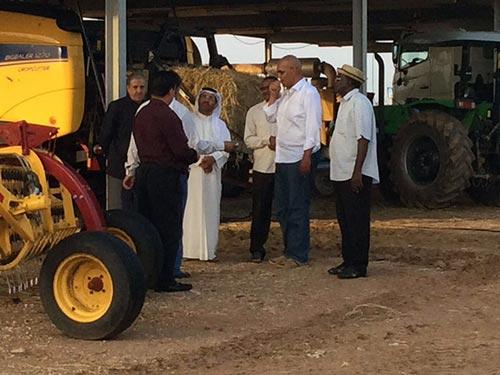 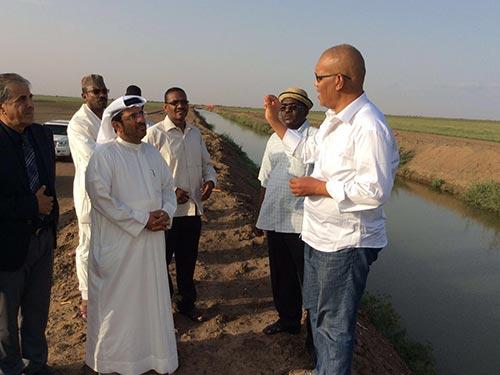 Record Production Rates of Rhodes Fodder on the lands of The Arab Company for Agricultural Production and Processing…..Al-Bageir


The Arab Company for Agricultural Production and Processing was established in 1982 with the aim of producing and processing pasteurized, sterilized milk and yoghurt. The company consists of agricultural land of a total area of 5500 acres for green fodder cultivation in addition to 5 milking cow barns, a calf fattening unit, a milk cooling unit and refrigerated transportation. The factory’s total design production capacity reaches 80 tonnes/day covering an area of 425 acres as well as a starch and glucose production unit.

AAAID seeks to attract investors to enter partnerships for the establishment or rehabilitation of its companies. AAAID has collaborated with Sudanese investor Nazar Hajj Al Awad, the General Manager of Masnad and Omary for Agricultural Investment in cultivating Rhodes feed in an area of 1,836 acres, which is the remaining area of the dairy project. Rhodes feed is rich in protein and is more cost effective and economically viable than alfalfa. In 2014, after obtaining the necessary approvals from the State of Gezira, the company reclaimed and prepared 1.863 acres of the total arable land for cultivation.

In the beginning of 2016, the process of sowing Rhodes seeds was completed in an area of 836 acres of company allocated land in Al Gezira State. Rhodes seeds is considered an important export commodity for Arab countries. As a result of the application of integrated technological systems in planting the Rhodes seeds, the company managed to achieve a global production record that exceeded 3.5 tonnes/acre in the first plot. Productivity is expected to increase even further in following plots.

Initially, the company planned to use pivotal irrigation for the total planned area; however, the area allocated by the Gezira State authorities decreased to 836 feddans, which is too small for the application of pivotal irrigation, as the pivots would not reach a large portion of the land. Thus and due to the shortage of electricity reaching the project, the company resorted to the Hydro flume irrigation system instead. The land was flattened with laser flattening equipment to ensure even water distribution, equal plant growth as reduction of water waste.

The manager of a French technology company visited the project and commended the success of the experiment, the quality of the harvest and the achieved productivity levels.
AAAID seeks to overcome all the challenges facing its investments in the member states, the cultivation of the Rhodes feed in the lands of Al Bageir company is a shining example of AAAID’s success in sustaining its projects and developing them significantly.