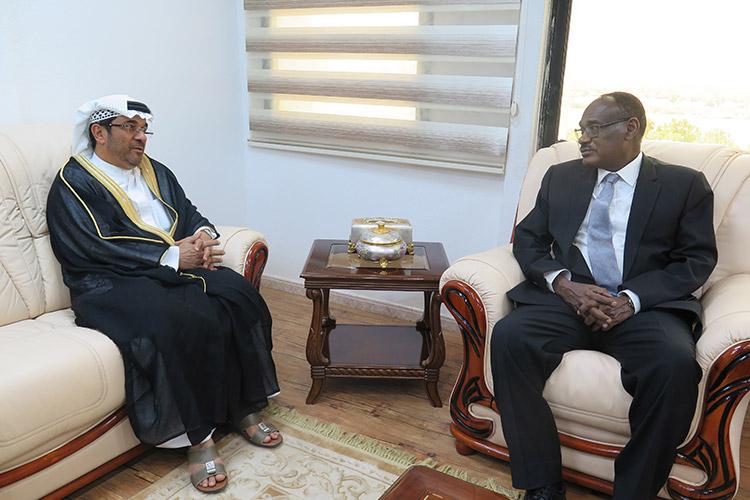 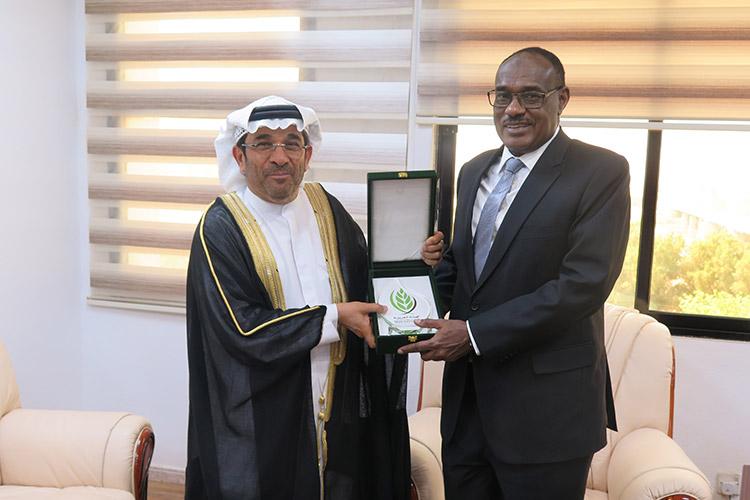 
H.E Mohammed bin Obaid Al Mazrooei, President of the Arab Authority for Agricultural Investment and Development (AAAID), accompanied by a delegation from the Arab Authority, met with H.E Dr. Dirdiri Mohammed Ahmed, Minister of Foreign Affairs of the Republic of Sudan, on March 27, 2019 at his office in the Ministry.

His Excellency the President expressed his appreciation to His Excellency the Minister for providing the opportunity for this meeting, which comes in order to acquaint the Minister with the Arab Authority, its vision, mission, objectives and investments, while reviewing AAAID’s investments and its projects in Arab countries. H.E also explained the sectors in which AAAID works, which are represented in the agricultural manufacturing sector, plant production and animal production, as well as services and developmental activities. Further highlighting the efforts of the Arab Authority to achieve sustainable development in the rural communities of Member Countries of the Arab Authority, referring to AAAID’s experience in the Al Gezirah Scheme agricultural project in the winter season 2018-2019. Whereby AAAID funded an area of 1000 feddan for the cultivation of wheat crop in the area of Sarhan, Al Jazira State. The experiment targeted 253 farmers with a total funding of SDG 13 million. Indicating that the excellent results achieved by the experiment at the Al Gezirah Scheme agricultural project, which ranged from 18 to 24 sacks per feddan will contribute to expand the number of beneficiaries of the program in all states of Sudan. His Excellency also praised the support and responsiveness received by AAAID’s projects in Sudan which hosts AAAID’s headquarter office, and is optimistic towards further support to aid AAAID to achieve its mission of reinforcing Arab food security.