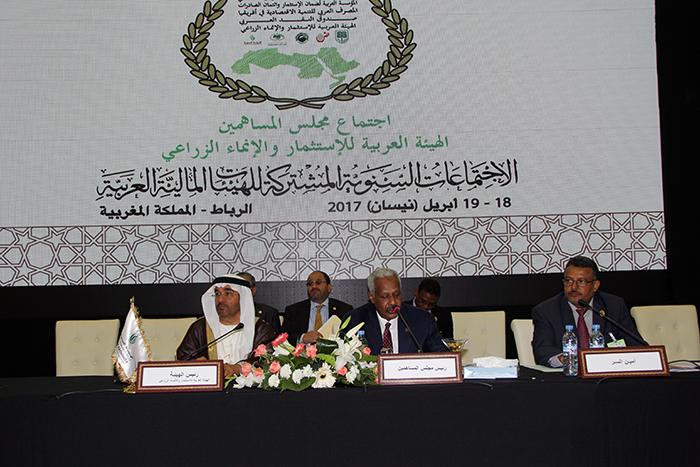 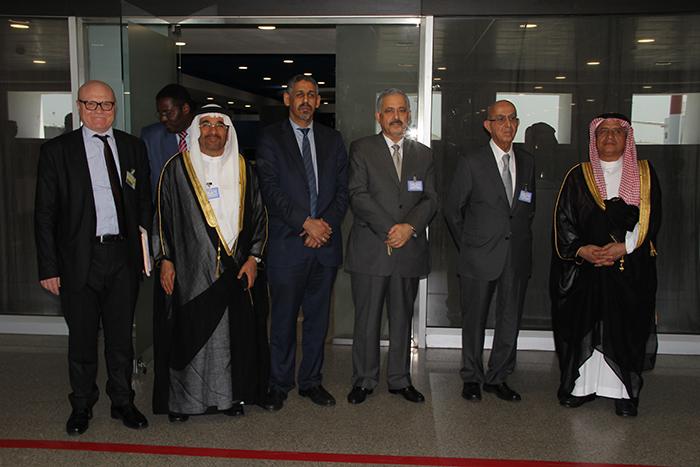 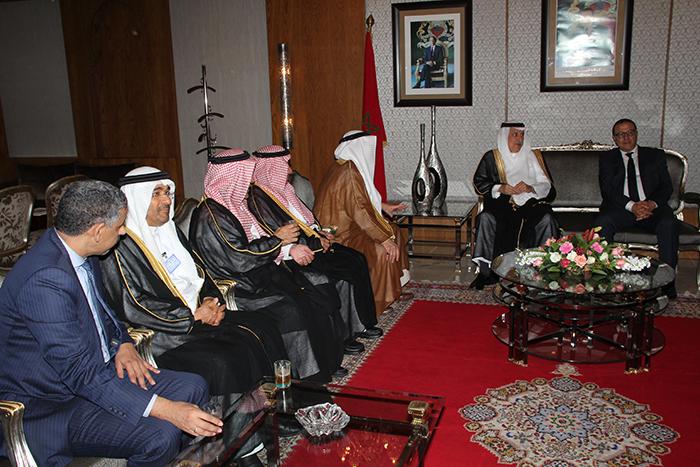 
The 41st annual Board of Shareholders of AAAID meeting was held in Rabat, Morocco on 18-19 April 2017. Mediated by H.E Dr. Badr El Din Mahmoud Abbas, Minister of Finance and National Economy of Sudan, the meetings included participation from The Arab Fund for Economic Development, The Arab Investment and Export Credit Guarantee, the Arab Bank for Economic Development in Africa (BADEA), Arab Monetary Fund and not failing to mention the Arab Authority for Agricultural Investment and Development.

The representative of His Majesty King Mohammed VI, H. E Mohammed Bou Saeed, the Minister of Economy and Finance of Morocco headed the meetings. He pointed out the great role played by the financial bodies in funding investment projects and urged for more efforts to complete the financing of infrastructure development plans in order to improve the living standards and provide prosperity for the locals of the region. The meeting was attended by key figures from financial and banking sectors in the Arab world, led by ministers, central bank governors and heads of Arab financial institutions.

H.E Mr. Mohamed Bin Obaid Al Mazrooei, President of AAAID, in his speech stated his thanks and appreciation to His Majesty King Mohammed VI of the Kingdom of Morocco for his generous patronage of the annual meetings of the Arab financial institutions. He also thanked the government and people of Morocco for their hospitality and generosity, as well as congratulating H.E Dr. Badr El Din Mahmoud Abbas on his election as Chairman of the 41st AAAID Board of Shareholders meetings. Mr. Al Mazrooei further expressed his gratitude to H.E Mr. Obaid Humaid Al Tayar, Minister of State for Financial Affairs of UAE for his positive role during his leadership of the previous session of the Board of Shareholders meeting.  Finally, he thanked the Republic of Sudan and the United Arab Emirates for hosting the headquarters in Khartoum and the regional offices in Dubai, and for the support and facilities that they provided for the Arab Authority for Agricultural Investment and Development.

The President of AAAID stated in summary of the 2016 financial reports that the shareholders’ equity reached approximately USD 801 million compared to last year’s USD 743 million. He further specified that the total value of AAAID’s investments in companies reached about USD 517million, representing 94% of the Arab Authority’s paid-up capital of USD 605million. On the topic of agricultural projects, H.E Mr. Mohamed Bin Obaid Al Mazrooei expressed his delight about the six new companies established in 2016, under AAAID through collaboration with the private sector in the fields of meats, fish and dairy products. This is in addition to manufacturing and marketing of horticultural crops. The Arab Authority for Agricultural Investment and Development has about 40 affiliate companies distributed in 12 Arab countries.
His Excellency further mentioned that in the field of agricultural research and development programs, the Arab Authority implemented 20 development projects benefiting about 18 thousand farmers. In addition to confirming the approval of financing of five development projects to support the Palestinian people with a total cost of USD 8.1 million.

H.E Mr. Mohamed Bin Obaid Al Mazrooei explained in his speech to the council that this year has witnessed AAAID’s organization of the Third Arab Conference for Agricultural Investment under the theme “Our Food….Our Responsibility” held in Sudan where the Headquarters of AAAID is located. The conference saw great support from different sectors, most important being the patronage of His Excellency Omar Hassan Al Bashir, President of Sudan, who was not only present, but also initiated the launch of the conference. There was about 1014 participants from all over the world with different backgrounds in government, international and local institutions concerned with agricultural investment, as well as a large number of companies, investors and businesspersons. The conference resulted in the launching of new agricultural projects and the signing of 27 Memorandums of Understanding in the field of agricultural development between the AAAID and various Arab and International investment institutions.

To conclude the meetings, the Board issued a number of resolutions that included the approval of the annual report for 2016.  The budget for AAAID was ratified as of 31/12/2016, in addition to the reserves and final accounts. The Board also certified the allocation of 10% of the net profits of 2016 to the statutory reserve as well as 10% for the Al Aqsa and Jerusalem Fund as support to the people of Palestine. The Board further approved AAAID’s 2017 operational budget for investment projects amounting to KWD 22.96 million (twenty-two million nine hundred and sixty thousand Kuwaiti Dinars), which is equivalent to USD 75 million. It was agreed to authorize the Board of Directors to carry out all the necessary executive procedures, taking into consideration that the criteria for choosing or contributing to a new project include the appropriate investment atmosphere and proving the technical and economic feasibility of the project. Lastly, the representative of the Republic of Iraq was appointed as Chairman of the Board for the 42nd annual meetings whereby the representative of the State of Qatar in the Board of Shareholders was appointed Vice Chairman of the Board, both of whom are to start exercising their powers from the next scheduled meeting.