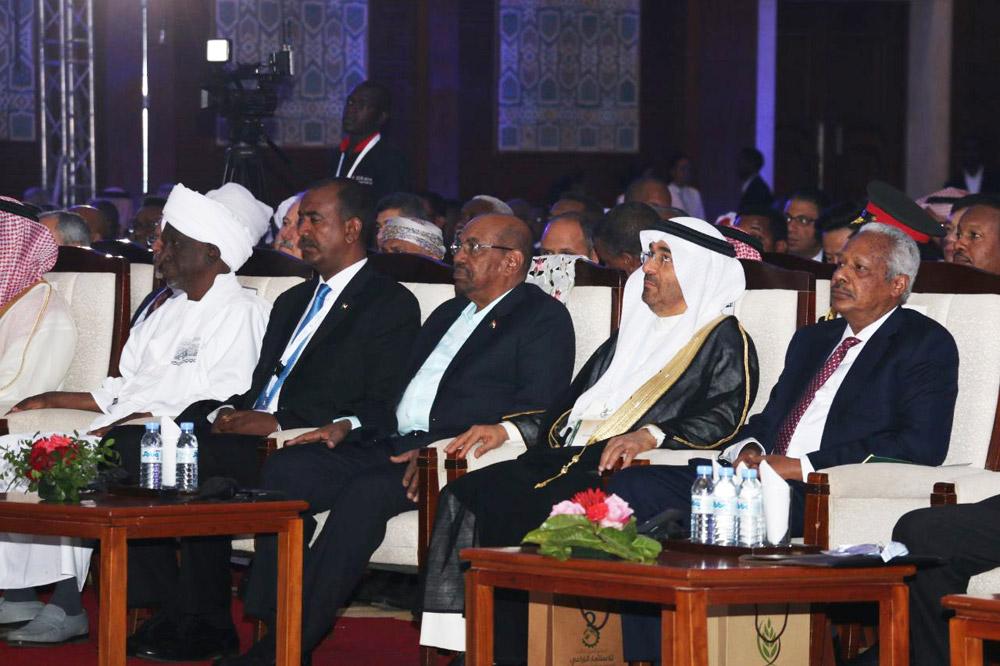 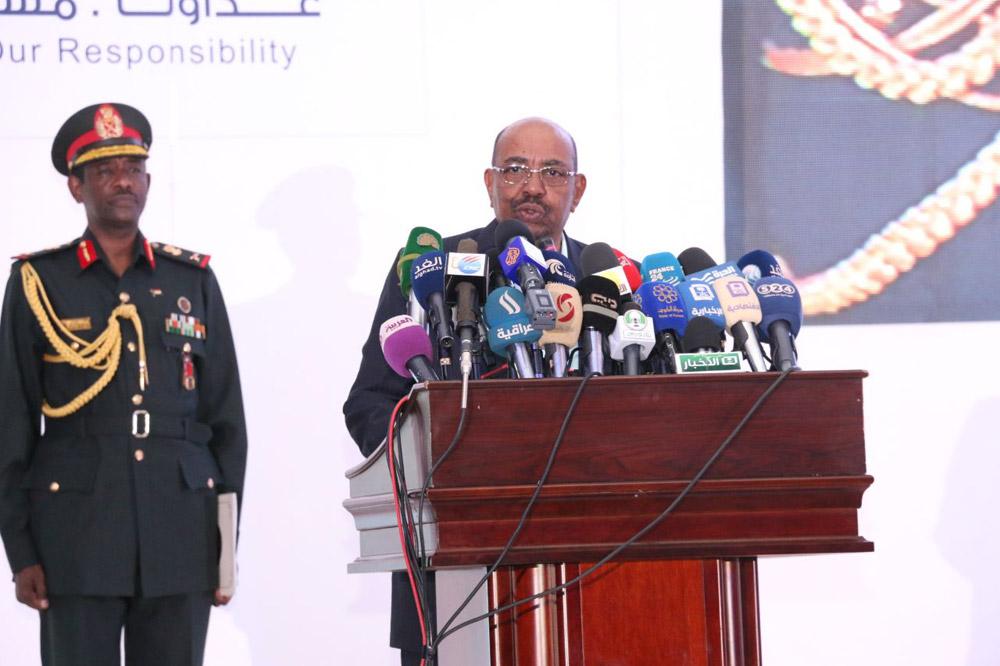 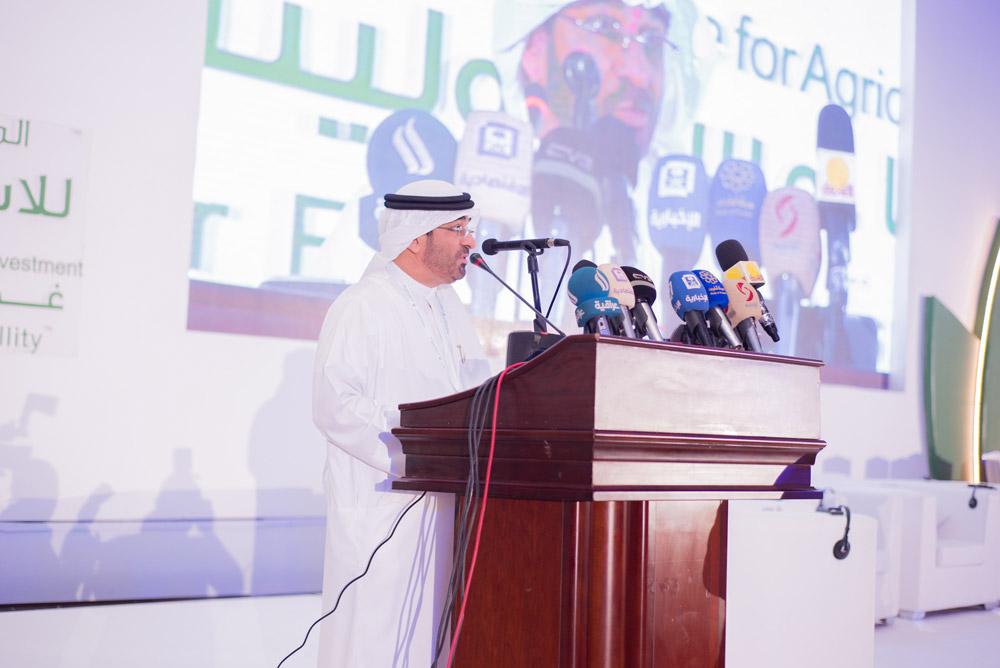 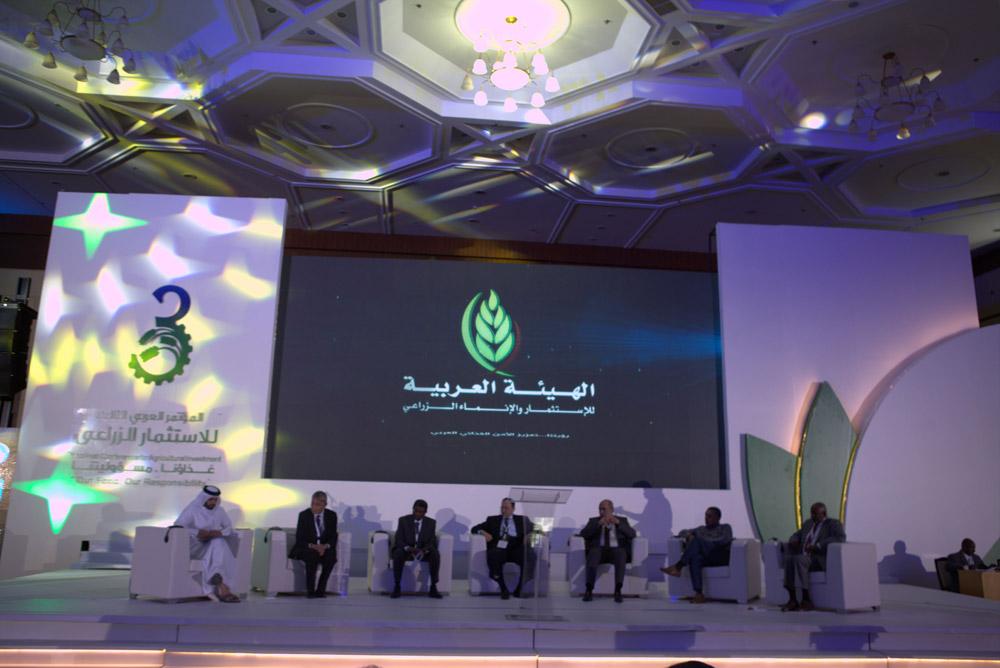 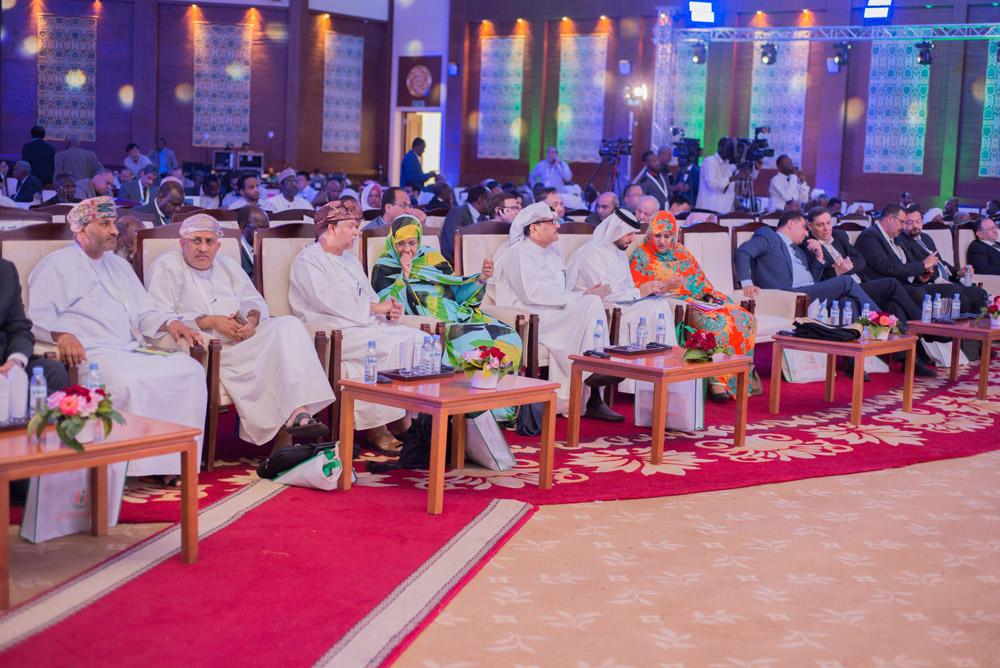 
The Third Arab Conference for Agricultural Investment was organized by the AAAID on the 27-28 February 2017 at the Friendship Hall in Khartoum with the theme “Our Food. Our Responsibility”. Under the patronage of His Excellency President Field Marshall Omer Hassan Ahmed Al Bashir, the conference aimed at creating advancement opportunities in agricultural investment and development in Arab countries. The conference saw participation from various ministers such as agriculture, finance, investment, irrigation and animal resources, electricity and water resources, industry, as well as representatives from the league of Arab states, FAO, different investment funds, and not to mention a  big number of businessmen and companies from all over world . There was also valuable contribution from the Union of Arab Banks, trade rooms and national and international centers working on agricultural research in Arab countries as well as any regions that may be linked to agricultural advancement and development.

In his speech during the opening ceremony, His Excellency President Field Marshall Omer Hassan Ahmed Al Bashir addressed the importance of the role carried out by the Arab Authority stating that 60% of the total investment made by AAAID is in Sudan. Furthermore, His Excellency acknowledged the contribution of AAAID in the production of sugar and oil in addition to integrating modern agricultural technology in the country. His Excellency also confirmed the implementation of the process plans necessary to achieve food security in the Arab world through development of infrastructure in agricultural regions and construction of dams to increase the total production of electricity as well as simplifying the procedures regarding land to overcome barriers in investment.

On the other hand, His Excellency Mohamed Bin Obaid Al Mazrooei, AAAID President, specified in his speech during the opening ceremony of the Third Arab Conference for Agricultural Investment concentrated on His Excellency the President of Sudan’s initiative to gain food security in the Arab countries. His Excellency also reinforced the growing responsibility of the Arab world to reduce the widening gap in the lack of food security. His Excellency Mohamed Bin Obaid Al Mazrooei also stressed the value of the involvement of the strategic partners, led by the office of His Excellency, President of Sudan and the ministers of Finance and Economic Planning, Investment, Agriculture and Forestry, Industry and Animal Resources.

There was five sessions to discuss at the conference, the first headed by His Excellency President Field Marshall Omer Hassan Ahmed Al Bashir on food security and the AAAID’s involvement and contribution towards reaching the goal of total food security. The second focal point was under the title of “Agricultural Investment and Financial Policies in the Arab world” where research was presented regarding the challenges faced by investors in agricultural development in Arab countries. The third topic, under the title “Investment in Animal and Plant Production” discussed the reality of investing in grains and animal feed in Arab countries, as well as success stories of investment in grains and livestock sector. The fourth point on the agenda focused on agricultural industrialization as well as discussing food processing in dairy products, oils and sugar products. There was also dialog on investment in animal production and supporting industries. The last point of discussion was titled “ Innovation and Technology in the agricultural Sector” and focused on the role of innovation in obtaining food security, not to mention encouragement and financing of research and innovation in the agricultural field.

It should also be noted that the conference facilitated several meetings between financiers to study the investment opportunities as well as sign partnership agreements. The conference was highlighted by an exhibition for some of the companies  in which AAAID has had major contributions as well as companies that may benefit in the development of agricultural investment in addition to some of the Arab organizations and private sectors that are interested and aim to participate in agricultural investment opportunities in their home countries.

His Excellency Mohamed Bin Obaid Al Mazrooei, President of AAAID stressed the significance of achieving food security in the Arab world by utilizing agricultural resources available within Arab countries and implementing the resourcefulness of the leaders of Arab countries especially His Excellency President Field Marshall Omer Hassan Ahmed Al Bashir’s initiative on food security. This is done by updating investment laws and regulations, as well as simplifying policies and economic processes to attract further agricultural development opportunities from both the public and private sectors in the country, moreover, there should be bigger allocations of budgets targeted at agricultural development in Arab countries.

Recommendations of further involvement in research and development in the agricultural sector as well as deeper innovative advancement and hastening in the creation of a greater Arab trade zone are underway to create a platform where Arab economic trade in agricultural production and products can enhance relations between the Arab countries. Furthermore, the fluidity of capital and labor movement should be facilitated within Arab countries as well as caring for small and medium business owners and providing them with a platform where they can have access to companies, organizations agricultural insurance agencies and a link between food security and knowledge security.

It must be mentioned that the mission of organizing the conference was for AAAID to create a stage where partnership agreements are signed, and AAAID is proud to announce that 21 partnership agreements and Memoranda of Understanding were signed by the Ministry of Agriculture and Forestry in Sudan, Al Itijahat Al Motaadida Company, Fidasi Al Helemab association for agricultural and livestock production, Wad Bilal company for investment and rural development, The national Center for local farming, Arabic Snabil Group and Delmon Poultry company.
The launching of 5 projects was also announced to be implemented during the year; the fishery project in Mauritania. There will also be preparation, processing, grading, packaging and storage unit in the Al Mutamayiza Company, as well as the Tunisia Fun for Aquaculture. In addition, there will also be a project dealing with the storage and export of fruits and vegetables. Lastly, there will be the establishment of a research station in Mauritania.

To conclude the conference, AAAID organized a number of field visits for the participants with the goal of providing them with a visual representation of projects that reflect the promising role of investment in Sudan. The trips were organized to inspire companies, individuals and government bodies to have more involvement in investment. Some of the locations included the protected greenhouses at Dal Agricultural Co. where different species of flowers and vegetables are grown. The participants also got to visit the cowsheds where they witnessed how the automated milking machines work. Another location visited was the engineering complex and digital arboretum at CTC Group in Khartoum, Sudan, which is considered the first of its kind in Sudan and Africa. The guests also managed to visit the Al Ahly Agricultural Project that may be a prime example of pioneering Arab investment in Sudan.