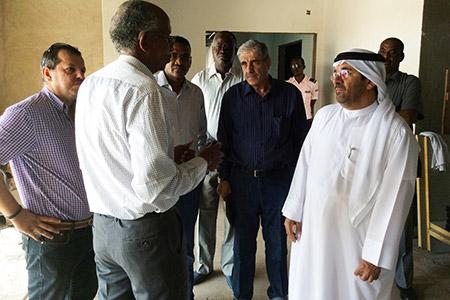 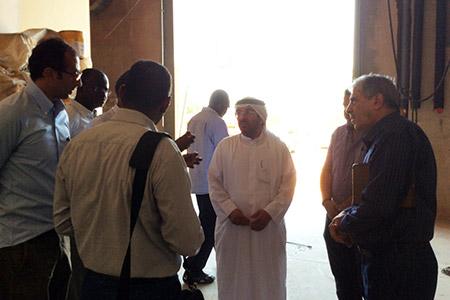 The Arab Company for Veterinary Medicines …. One of the biggest and advanced factories in the Middle East region


HE Mohamed Obaid Al Mazrooi – President of the Arab Authority for Agricultural Investment and Development AAAID, accompanied with the heads of directors has visited the site of the Arab Company for Veterinary Medicines in Suba town in the south of Khartoum, in his field visits to AAAID companies in the headquarter state.
The main aim of the visit was checking the progress of the work and the total cost of the project, which is implemented by Italian company and is USD 33 million.
The delegation toured and inspected the different units of the project that include the administrative offices and production lines. They pay attention to detailed brief from the general manager, the contractor and the consultant who highlighted that the implementation of the work exceeded 85% and so is expected to install the production lines in the 2nd week of October 2015.
At the end of the visit, HE Al Mazrooi held a meeting with the top management of the company, listening to the detailed reports by the contractor on implementation works and challenges, the contractor stated that the project is implemented in accordance to most advanced technologies and that it is one of the biggest factories in the Middle East region.