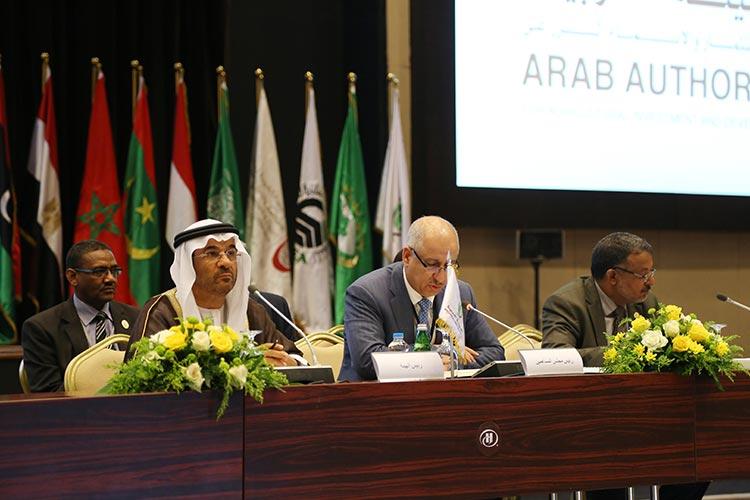 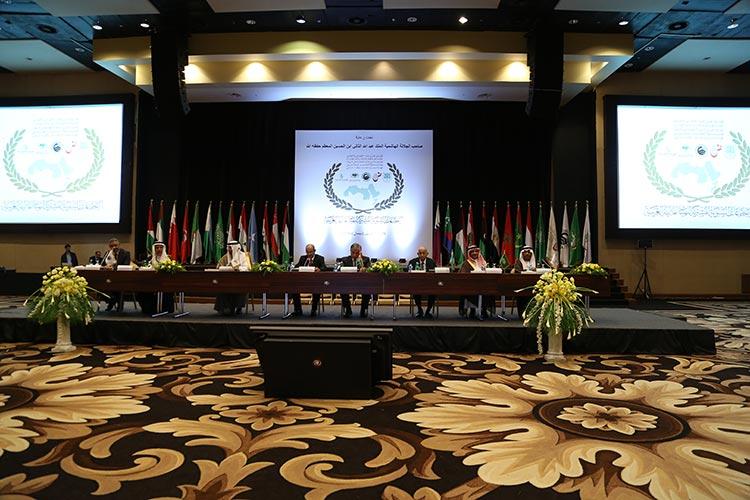 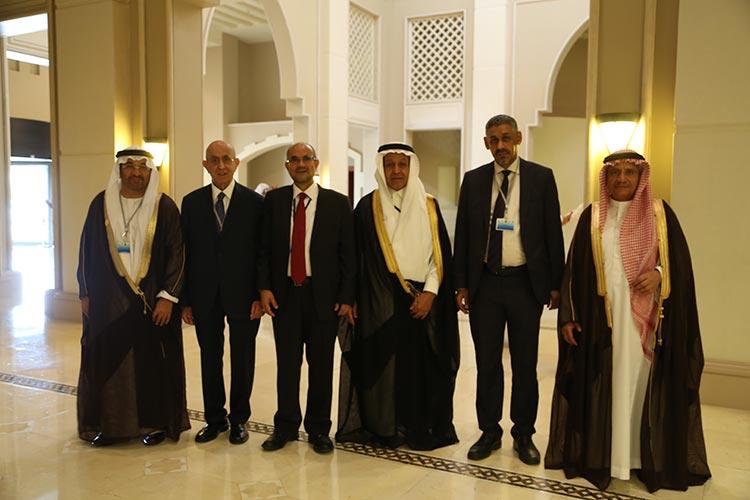 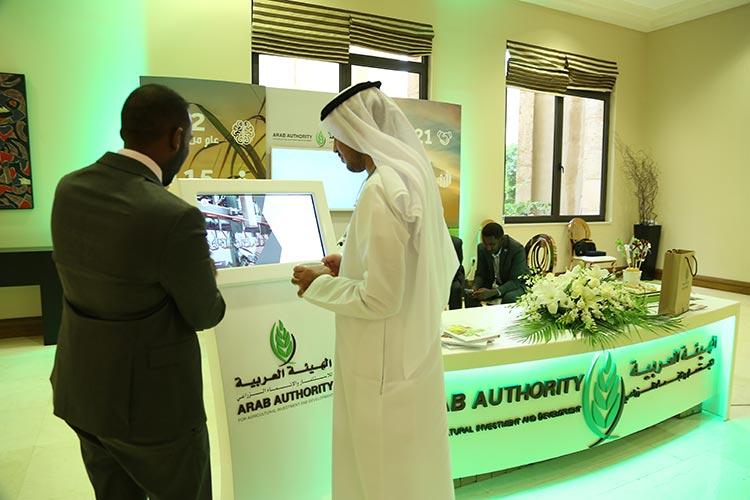 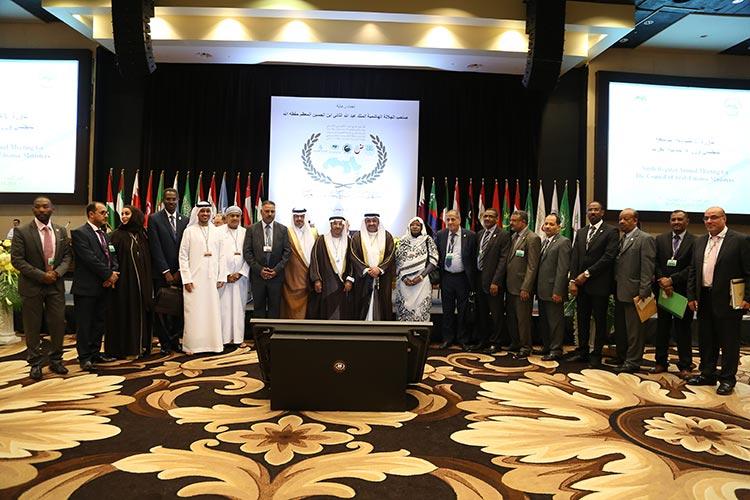 
The Arab Authority for Agricultural Investment and Development held the 42nd Board of Shareholders meeting in Jordan on 10-11 April 2018. This came during the annual joint meetings of the Arab Financial Institutions that include the Arab Bank for Economic Development in Africa, the Arab Investment and Export Credit Guarantee Corporation, the Arab Monetary Fund, the Arab Fund for Economic and Social Development in addition to AAAID. During the opening session, His Excellency Jafaar Hassan, Deputy Prime Minister and Minister of State for Economic Affairs of Jordan stated that the meetings are an important platform for discussion and exchange of views and experiences. The meetings are also a great tool to assess the achievements of these institutions during their lengthy journey of challenges and accomplishments, and to strengthen their role in establishing the foundations of economic integration and joint Arab action.

His Excellency Mohammed Bin Obaid Al Mazrooei, President and Chairman of the Board of Directors of AAAID, delivered a speech in which he thanked His Majesty King Abdullah II of Jordan for his generous patronage of the annual meetings of the Arab Financial Institutions. His Excellency further thanked the Government and people of Jordan for their warm welcome and generous hospitality; he also gave thanks to the Republic of Sudan and the United Arab Emirates for hosting the AAAID Headquarters in Khartoum and the Regional Office in Dubai, as well as the support they offer in facilitating the activities of AAAID.

His Excellency summarized the Arab Authority’s figures for 2017 indicating that shareholders’ equity amounted to about USD 894 million compared to USD 813 million for the previous year and that the value of the Arab Authority’s investments in companies by the end of 2017 amounted to USD 598 million representing 88%  of AAAID’s paid-up capital of USD 676 million. He further explained that the assets of these companies are estimated at more than USD 4 billion. In terms of performance of agricultural investments during 2017, His Excellency clarified that the Arab Authority, in cooperation with the private sector, has established four new companies involved in the production of red meat, poultry and fish and fruits, thus raising the number of companies that are affiliated with AAAID to 44 companies. The Arab Authority has implemented a series of programs in support of small farmers, producers and women in rural areas in 2017. This is in addition to the deployment and resettlement of modern agricultural technologies, the application of integrated packages in agriculture, and the funding services provided through the Revolving Loan Fund. He also explained AAAID’s role in cooperation with funding institutions in a number of Arab countries to meet the needs of farmers and support them in different activities from the inputs and outputs of agricultural production to machinery and equipment management.

In his speech to the Board, His Excellency Mohammed Bin Obaid Al Mazrooei explained that in early 2017, AAAID organized the 3rd Arab Conference for Agricultural Investment in Khartoum, under the slogan: “Our Food … Our Responsibility” and under the patronage of Field Marshal Omar Hassan Ahmed Al Bashir, President of the Republic of Sudan, who attended and initiated the conference. There was attendance from about 1000 participants from various governmental, global and Arab institutions involved with agricultural investment and a large group of companies, businesspersons and investors. This is including the launch of five new agricultural projects and the signing of 27 Memorandums of Understanding between the Arab Authority and Arab and international investment institutions for collaboration in various agricultural fields. Additionally, His Excellency discussed “Mauritania’s Livestock Investment Forum” that was organized by the Arab Authority in November 2017 in Mauritania under the patronage of His Excellency Mr. Yahya Ould Hademine, Prime Minister of Mauritania. The event witnessed the signing of seven agreements for cooperation to establish projects in the field of livestock.

To conclude the meetings, the Board issued a number of decisions, which were represented by the approval of the Annual Report of the Arab Authority for Agricultural Investment and Development for 2017, in addition to the approval of the budget as of 31/12/2017. The Board also approved the allocation of 10% of net profits of 2017 to the legal reserve, as well as the allocation of 10% of the net profit of 2017 to support the Palestinian people through Al Aqsa and Jerusalem Fund. The Board further approved AAAID’s investment operations program for 2018 with a KWD 9.1 million endowment, which is equivalent to about USD 30 million. The Board of Directors was further authorized to take all necessary executive decisions. Bearing in mind that the standard for selecting or contributing to a new project is subject to the existence of the appropriate investment climate and the technical and economic feasibility of the project.

During the meetings, His Excellency Mohamed Bin Obaid Al Mazrooei was reappointed as President and Chairman of the Board of Directors of the Arab Authority for Agricultural Investment and Development. Where His Excellency will assume his duties and powers as of the end of his current term, this decision came in appreciation of the remarkable and rewarding efforts he made during his term of office. The Board also appointed the representative of the State of Qatar as Chairman of the Board of Shareholders for the 43rd cycle, with the representative from Egypt as his Deputy, where they assume their duties effective as of the next meeting.