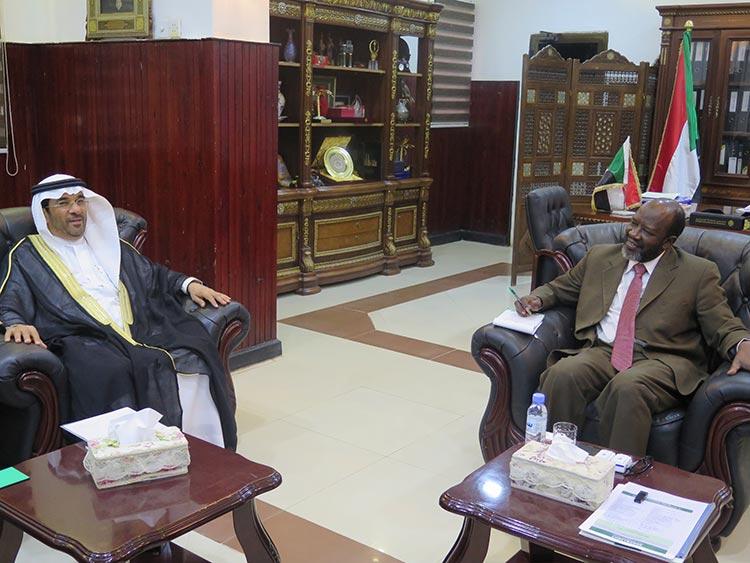 H.E the President of AAAID initiated the meeting by congratulating H.E the Minister on assuming the duties of the Ministry. He also expressed his thanks and appreciation to H.E the Minister for providing the opportunity for the meeting which comes in order to acquaint him with the work of the Arab Authority and its vision, mission, goals and investments. His Excellency further explained the different sectors in which the Arab Authority works, which is represented in the industrial sector, plant and animal production sectors, as well as services and development activities, and praised the support and interest received by the Arab Authority’s projects from the Government of Sudan in the country.

His Excellency also pointed out that since 2004, the Arab Authority has been involved with associations of farmers and producers and the development of rural women through the implementation of a range of programs and activities. The activities included agricultural extension, technical support, and the dissemination and settlement of modern agricultural technologies. As well as the provision of revolving loans for productive operations and the supervision of their implementation, leading to the establishment of successful pilot projects in Sudan, which included the states of Al Jazirah, South Darfur, the White Nile state, and North Kordofan. Citing AAAID’s program in the state of South Kordofan where AAAID funded 150 women to cultivate 1,500 acres for the production of peanut seeds, corn, sorghum, and sesame in the 2017 – 2018 season.