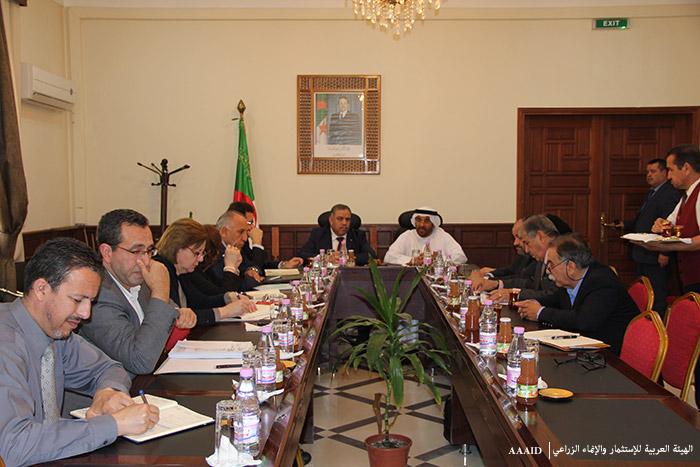 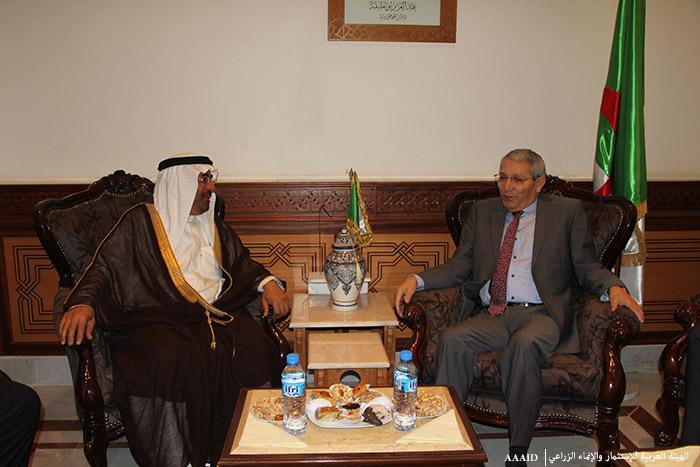 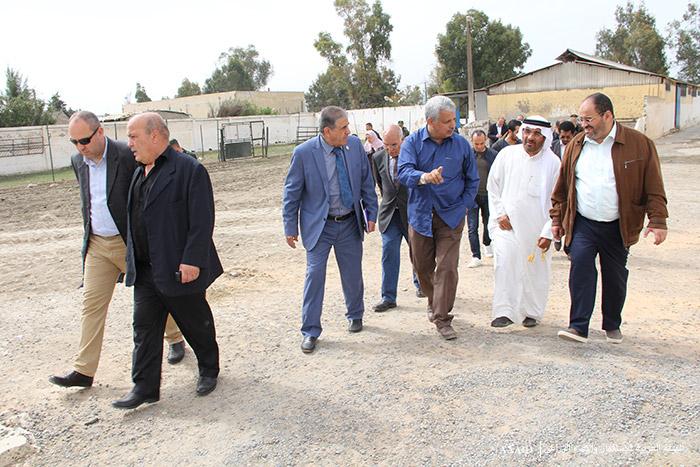 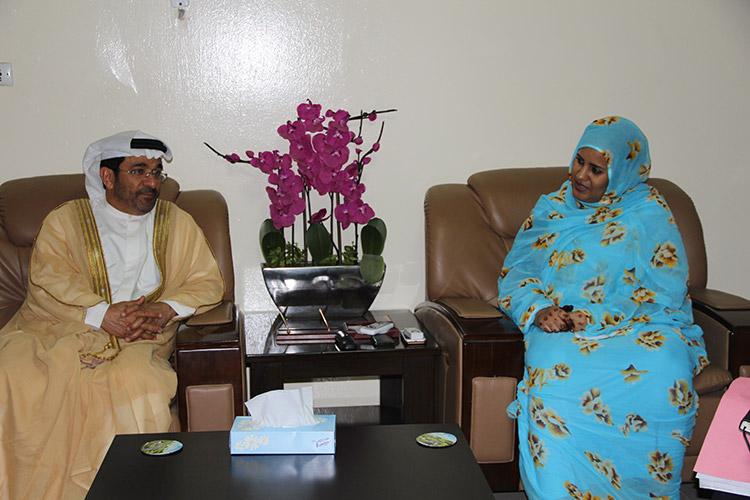 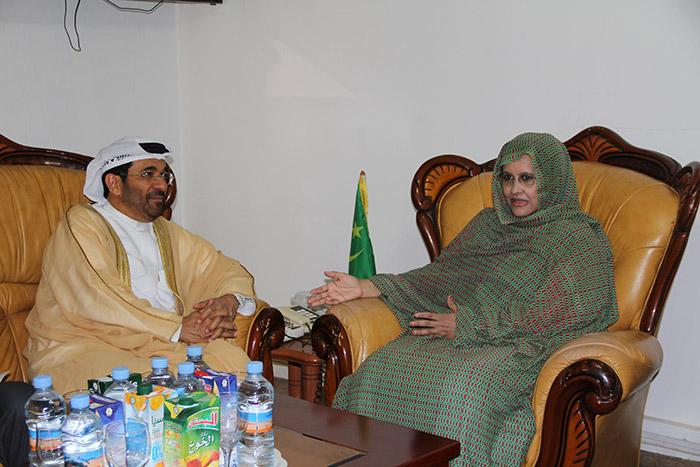 The President of AAAID Investigates Investment Opportunities in Morocco, Mauritania and Algeria


The Arab Authority for Agricultural Investment and Development seeks to promote the development of agriculture in all member countries, in addition to the transfer of technologies and localization and the development of rural communities. These activities aim to reach an advanced stage of self-sufficiency and increase food security in those countries and to explore more investment opportunities in agriculture. H.E Mr. Mohammed Bin Obaid Al Mazrouie, President of AAAID, accompanied by a delegation from the Arab Authority, had a visit to the Kingdom of Morocco, The Islamic Republic of Mauritania and the Republic of Algeria during the period of 16-28 April 2017.

While visiting the Kingdom of Morocco, H.E Mr. Mohammed Bin Obaid Al Mazrouie and his accompanying delegation met with H.E Mr. Mohamed Ali Saleh, Minister of Finance and Economy of the Republic of the Comoros and gave a presentation on research and development activities of the Arab Authority in the field of agriculture and fishing in the Republic of the Comoros. Both parties also agreed on the importance of developing a poultry project in Comoros. His Excellency the President of AAAID also met with Dr. Sufian Sultan, Minister of Agriculture in the State of Palestine to discuss the possibility of extending the financing line for small-scale farmers in the state of Palestine. In addition to meeting with Mr. Ould Aziz Akhnoush, Minister of Agriculture, Fisheries and Rural Development in the Kingdom of Morocco, where he was introduced to the different activities of AAAID in general and in Morocco specifically.

Mr. Akhnoush expressed his delight with the meeting and his readiness to cooperate with the Arab Authority in the field of meat production, agro-processing, acid production and the project of planting palm seedlings for date production. His Excellency also presented a proposal for holding a promotional seminar with the Agency for the Advancement of Investments. AAAID shall be provided with feasibility studies owned by the Agricultural Bank Group for the proposed projects in Morocco.
Meanwhile, during the visit to Mauritania, HE the President of AAAID and the accompanying delegation met with Dr. Fatem Bint Esweina, the Minister of Veterinary Medicine of Mauritania, and discussed the red meat project, which is being contributed by both the Arab Authority and the Turkish company. They also discussed holding a promotional day in October 2017 in Mauritania with the aim of attracting investors to the projects of AAAID in addition to highlight the investment opportunities in animal resources in Mauritania. H. E Mr. Mohammed Al Mazrouie aslo had a meeting with Mrs. Lamina Bint Al Kotb, where they discussed the possibility of benefiting from agricultural utilization of the Kondi channel, as well as a number of investors in the fields of dairy products and the cultivation of trefoil and palms.

At the end of the visit, H.E the President of AAAID and a number of investors paid a visit to the farm of the Agricultural Services Company where they viewed the experimental agricultural techniques of growing potatoes, onions, tomatoes, melons, and watermelon. They finally visited the integrated poultry project and the vocational training center for animal production.
In Algeria, H.E Mr. Mohammed Bin Obaid Al Mazrouie and his accompanying delegation met with Mr. Boualam Jabbar, Director of the Rural Bank and Rural Development, Mr. Karim Mohammed, the Director of the Local Development Bank, he also met the secretary of the Algerian Ministry of Algeria and a number of investors. It was agreed to provide the Arab Authority with detailed studies on their projects to decide the possibility of contributing to them. The delegation also met with the governors of the state of Medea, the state of Ain Dafla and the state of Tearat, where an elaborate presentation was made by Al Rawabi’s General Manager of the proposed project for the production of dairy products and AAAID’s interest in setting up a similar project in Algeria. They also visited the poultry farm project and a model farm in the state of Dafla. The delegation further discussed the availability of investment opportunities in Algeria as well as the effort put in by AAAID in the project of dairy production and processing, in addition to grain production and the processing of red meats.