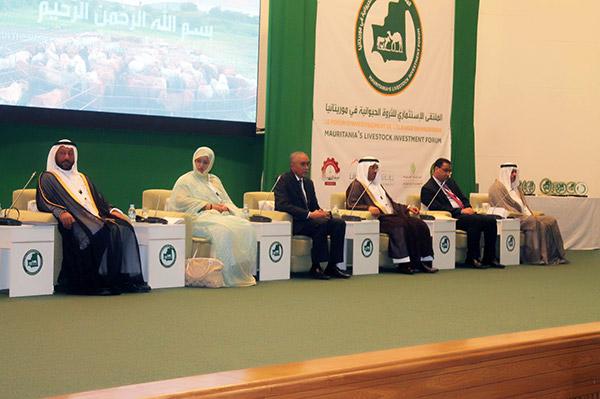 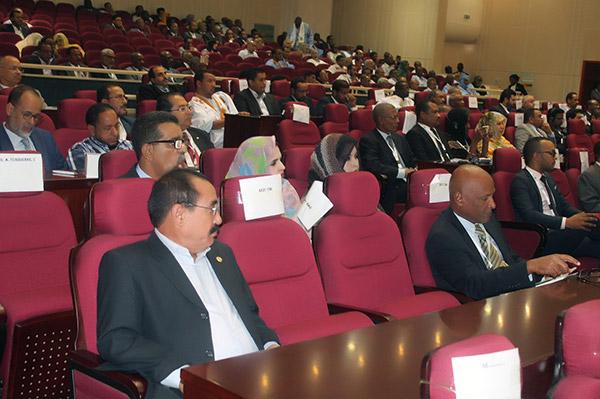 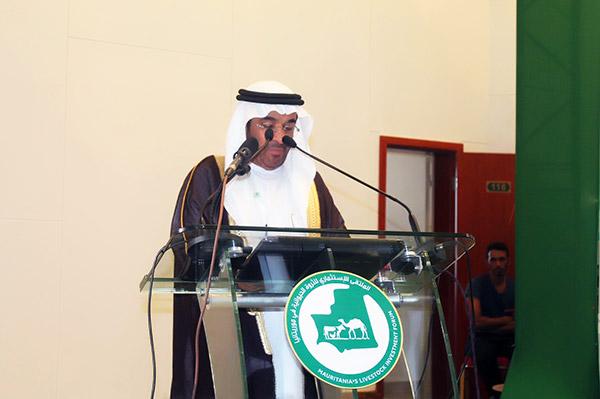 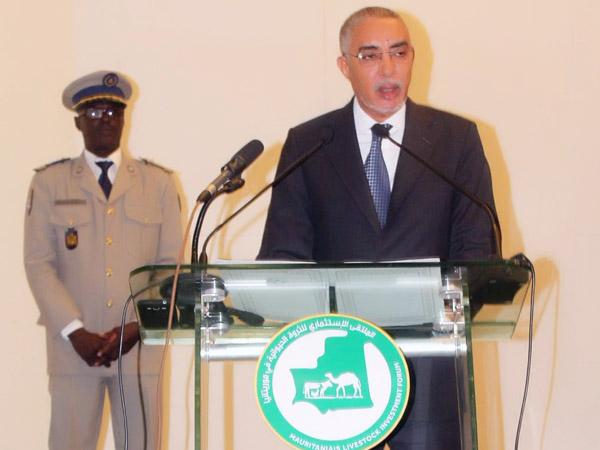 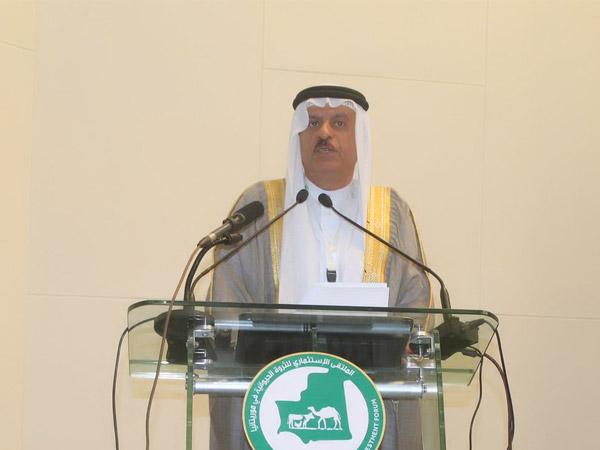 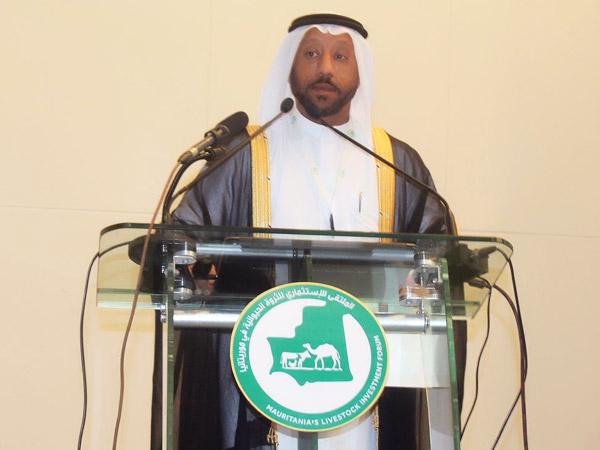 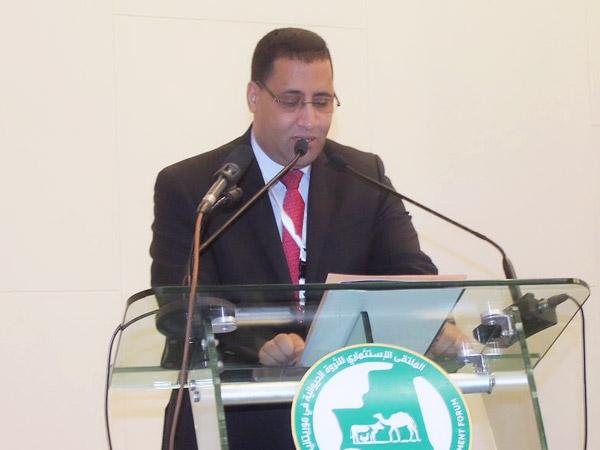 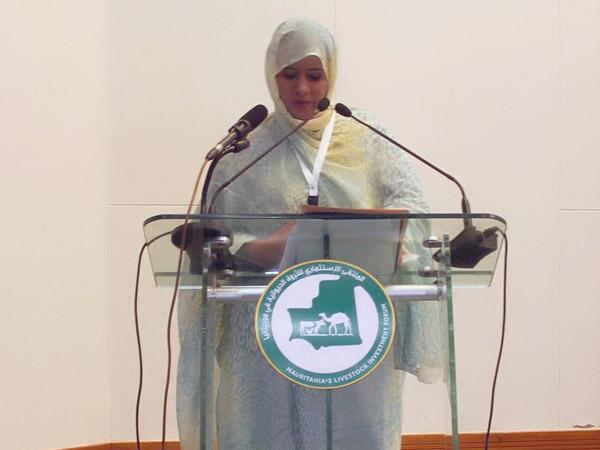 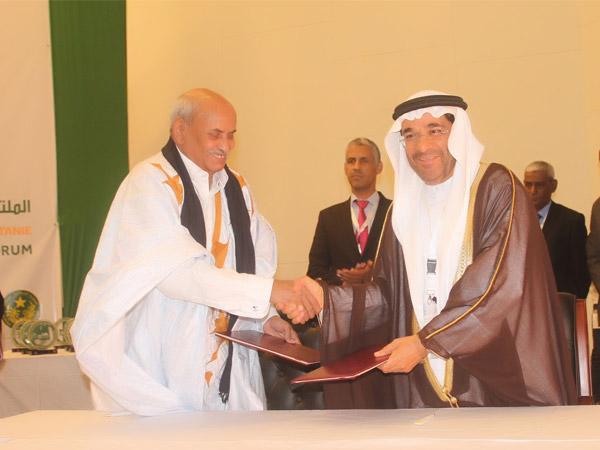 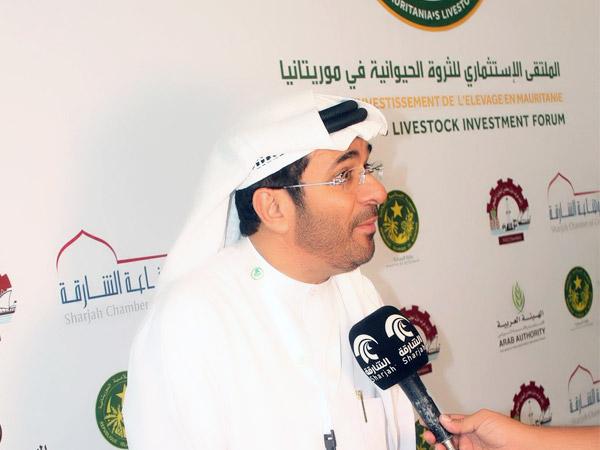 The success of Mauritania’s Livestock Investment Forum organized by the Arab Authority for Agricultural Investment and Development on 13 November 2017, At the Mauritanian capital Nouakchott


The Arab Authority for Agricultural Investment and Development and the Ministry of Veterinary in cooperation with the Sharjah Chamber of Commerce and Industry and the Federation of GCC Chambers, organized Mauritania’s Livestock Investment Forum, under the patronage of His Excellency Eng. Yahya Ould Hademine, Prime Minister of Mauritania. The event took place on 13 November 2017 in Nouakchott, Mauritania.

During the opening session, HE Mohamed Bin Obaid Al Mazrooei, President of the Arab Authority for Agricultural Investment and Development, affirmed that the livestock sector is considered one of the main sectors in enhancing food security due to the large volume of animal resources in Arab countries, estimated at 356 million head in 2016. In addition to estimated lands of 32% of the total area of Arab countries, and about 35% of the food needs of livestock. Further explaining that animal products are a staple food for humans and an important source of protein.

H.E further added that in the framework of the strategic partnership with the Mauritanian government as one of the Member States, and its continuous support of the Arab Authority, an integrated agricultural research station was established in 1995 in Rosso with the goal of improving field crop productivity, establishment of modern technologies and the application of integrated agricultural packages. Moreover, within the course of this year a study was completed on expanding the company’s activities to produce various types of crops such as grains (rice, wheat, and maize), oil seeds, vegetables, potatoes and onions on an area of 3,400 hectares in the Brakna Region. Adding that the Arab Authority is also in the process of establishing a fish production company with an investment cost of Ouguiya Mauritanian 11.5 billion, with the participation of private investors to manufacture fish and its derivatives with international specifications and high quality.  In addition to a project for the production of poultry meat and table eggs with an investment cost of about Ouguiya Mauritanian 12 billion. The Arab Authority also prepared feasibility studies for a number of other investment projects in the fields of dairy, red meat, and field crops.

H.E Mr. Mohamed Al Mazrooei further declared that there is considerable scope for increased investment in the various areas related to livestock production in Mauritania, starting with the establishment of projects for the marketing of animal products and the development of techniques of election, breeding and hybridization.  As well as the expansion of the cultivation of fodder grains and green fodder, and to increase the added value of these resources through the manufacture of various animal products and agricultural residues by converting them to concentrated feeds, as well as providing health care services and veterinary medicines.

On his part Prime Minister, H.E Eng. Yahya Ould Hademine, stated that this forum will shed light on the promising opportunities for investment in this field, in which both Mauritania’s public and private sectors are keen to carry out the roles assigned to them. Also explaining that the high level of participants including investors, businessmen and experts, “makes Mauritania have high hopes for the value of the outcomes that will result, stressing at the same time that the government will keep up with those results and work to translate them on the actual ground.”
On the other hand, H.E Fatima Bent Aswyne, confirmed that the forum is considered as “an important workshop and an important platform for introducing Mauritania’s livestock resources”. The Minister also pointed out that one of the objectives of the forum was to create a new environment for cooperation between the Mauritanian private actors and their counterparts from the countries involved in the field of livestock. Adding, “Working with partners to overcome the traditional methods, and moving from production for self-sufficiency to production for marketing and export”. Further explaining that the contents that were presented, valuable discussions and B2B meetings of the forum, will meet the goals of the participants and will guide them to choose the development projects that best suit their aspirations.
To conclude the opening session, memorandums of understanding and partnership were signed between the Arab Authority for Agricultural Investment and Development and some national and international private parties, additionally, B2B meetings were held on investment in livestock in Mauritania.

Mr. Mohamed Ould Abdel Aziz, President of Mauritania, received on 14 November 2017 at the presidential palace in Nouakchott, H.E Mr. Mohamed Bin Obaid Al Mazrooei, President of the Arab Authority for Agricultural Investment and Development, and a group of investors who participated in the forum. His Excellency the President of AAAID briefed His Excellency the President of the Republic on the projects of AAAID that are being implemented and will be launched in the future such as the Agricultural Services Company in Rosso and the fish project in Nouadhibou. In addition, they discussed the developmental projects of the Arab Authority to help and provide assistance to families, small producers, farmers and educators. In conclusion, the President of Mauritania was briefed on the results of Mauritania’s Livestock Investment Forum.