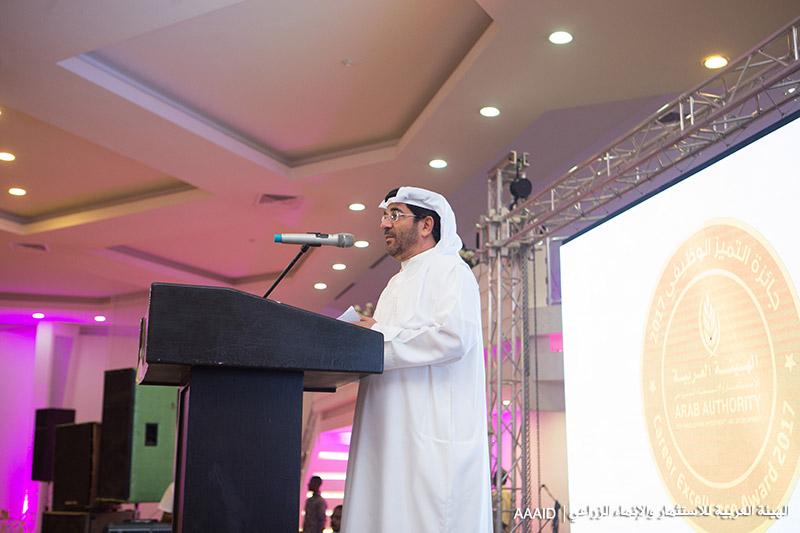 
In order to stimulate the work environment and motivate employees to make more efforts to improve, advance and progress their performance, the Arab Authority for Agricultural Investment and Development organized the Third Career Excellence Ceremony for its employees and their families on September 28, 2017. The event saw the presence of a number of the strategic partners of the Arab Authority as well as different media representatives.

During the ceremony, the President of AAAID H.E Mr. Mohamed bin Obaid Al Mazrooei gave a speech of welcoming the employees and their families, and thanking them for their attendance. He also congratulated the employees who were honored and praised the continuation of the celebration in its third year to spread the culture of innovation, excellence and practical application that develops the spirit of competitiveness and leadership.

He also expressed his wish that the coming year witness more successes and creative initiatives that are in the interest of upgrading the Arab Authority. At the end of his speech, H.E congratulated all employees of the Arab Authority, and thanked them and their families for participating and wished them success and good health.

The ceremony included a number of different musical entertainment and a number of prizes, which had a good impact and added an atmosphere of joy and familiarity between employees and their families during the ceremony.