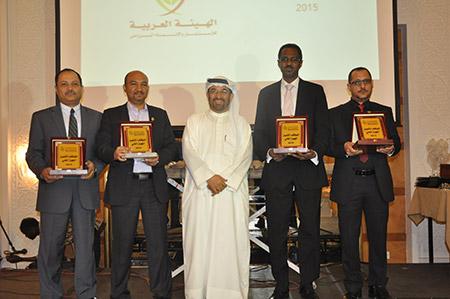 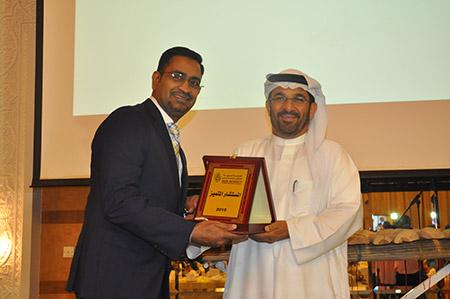 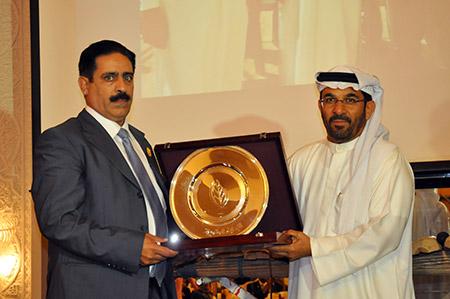 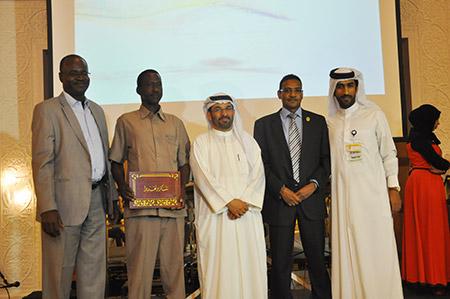 
Due to the initiative of his Excellency Mohamed Bin Obaid Al Mazrowei – President of Arab Authority for Agricultural investment & Development (AAAID), Rotana hotel has witnessed the first annual ceremony for AAAID’s distinguished employees for the year 2015. The ceremony held on Sunday 17, 2015.

The celebration comes in the framework of development programs for human resources and reward the creators.
His Excellency the President delivered a speech, expressing his pleasure to attend the ceremony and he affirmed that the idea of the prize is unique because it will motivate the staff  to bring out all their potential and this will put AAAID in the right track.

He also stressed that AAAID will monitor all those who work hard and will be there to reward them.
After that, his Excellency President awarded the prizes for the distinguished employees; the awards included certificates and memorial shields.
Most notably that the committee of the ceremony suggested to put a memorial picture for employees gathering them with the President in the office of the President in Khartoum and Dubai.