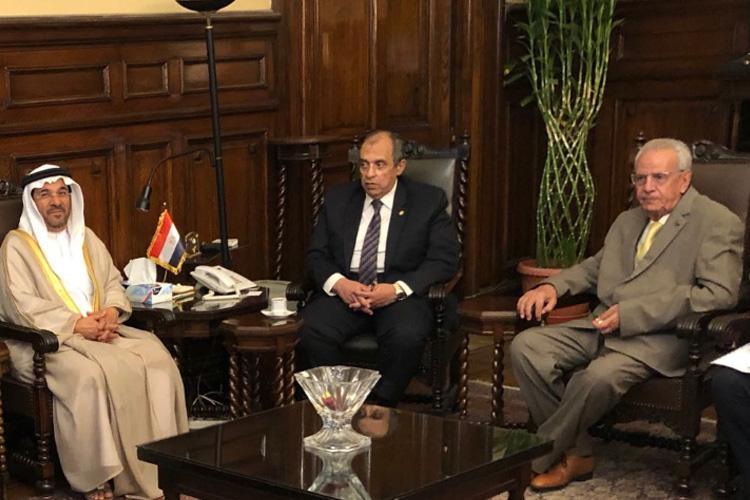 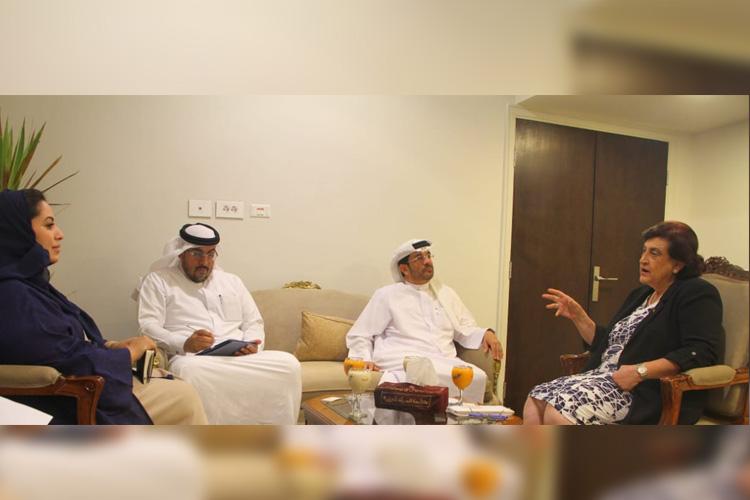 AAAID… “Egypt is a land promising with investments and community development”


With the aim to reinforce Arab food security and due to the keenness of the management of AAAID to strengthen the bonds of cooperation with the organizations, authorities, governmental institutions and the private sector in the Member States, comes this crucial visit to Egypt.

The meeting was also attended by HE Dr. Mona Mehrez, Deputy Minister of Agriculture and Land Reclamation, and discussed ways of joint cooperation in relation to the current and future investments of AAAID in Egypt.

In recognition of the importance of the role of women in the rural development process, and in order to contribute to advancing the development of rural communities, the delegation met with Her Excellency Dr. Fadia Kiwan, Director General of the Arab Women Organization. HE Dr. Fadia welcomed the delegation, and discussed ways of coordination and cooperation between the two sides in the field of empowerment of rural women. She further stressed the role of the Arab Women Organization in promoting the status of Arab women in various fields, stressing that the organization pays great attention to rural women’s development programs and economic and technological empowerment.

For his part, HE the President of AAAID, thanked HE the Director for opportunity to meet and praised the organization and its direct interest in empowering Arab women and enhancing their capacity in all fields as a cornerstone for the advancement of Arab society. As well as to provide community awareness of the importance and centrality of the involvement of Arab women in the development process. HE the President reviewed the role and activities of the Arab Authority, especially the developmental projects in the field of women’s empowerment, and shared a short documentary about the work of AAAID. The two sides agreed to find a common ground for cooperation in this field, with a Memorandum of Understanding to be signed in Abu Dhabi on December 10, 2018 on the sidelines of the SIAL Middle East Exhibition.

During the visit, His Excellency Al Mazrooei also met with a number of investors in the field of fodder, grain and dairy. He had an investment meeting with His Eminence Dr. Ali Gomaa, Chairman of the Board of Misr Elkheir Foundation. The two sides agreed to activate their cooperation in investment projects in the field of livestock and the activities and programs of the revolving loan fund, which deals with small farmers and educators, especially that the Arab Authority has had successful experiences in this field.