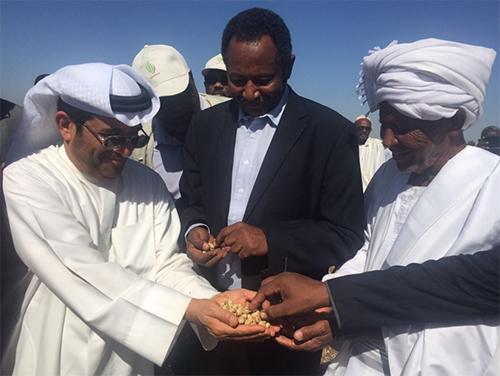 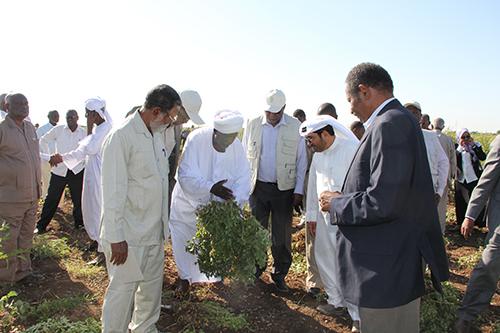 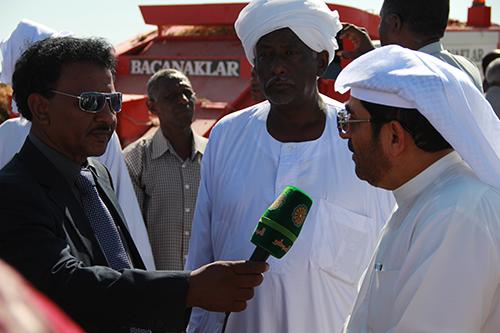 AAAID President witnesses the harvest of 1,000 acres of groundnuts in the Fedasi Halimab Project


To reinforce AAAID’s role in the field of sustainable development particularly in rural agricultural communities. AAAID launched an initiative in 2008 to establish a Revolving Loan Fund for small-scale producers in its member states with a proposed capital of 100 million. AAAID contributed 10 million USD to encourage other institutions to mobilize additional resources for the Fund. In April 2016, AAAID signed a contract to fund the farmers association of Fedasi Al Halimab- East Tayba Almusalimiya canal and AlGaliee canal in the Gezira Scheme to cultivate 1,000 acres of groundnut harvest during the summer season.

In this context and in response to the generous invitation of the farmers of East Tayba, the office of Tayba Gism Al Silmia area(Fedasi Al Halimab) in Al Gezira Scheme, His Excellency Mohamed Bin Obaid Al Mazrooei-AAAID and a delegation of Heads of Departments witnessed the harvest of 1,000 acres of the groundnut yield of the summer season on Wednesday 7th December,2016 in Al Fedasi, AlHalimab in the Gezira Scheme. The project was funded by AAAID for the benefit of The Arab Sudanese Company Vegetable Oil Company within the Revolving Loan Program established by AAAID. AAAID celebrated along with the farmers in the project site in the presence of Engineer Osman Samsa’a, Head of Al Gezira Scheme, a representative of Gezira University and a representative of the State Ministry of Agriculture and the Agricultural Research Corporation. The programme celebration was also attended by the Head of the Agricultural Committee of the State Legislative Council, representatives of the Arab Sudanese Company Vegetable Oil Company and the Arab Sudanese Seeds Company,the General Manager of the Farmer’s Bank in Wad Medani in addition to representatives and leaders of the farmer representatives.

His Excellency, AAAID President emphasized that the Authority intended on expanding funding by introducing new technologies in all agricultural operations to increase productivity qualitatively and quantitatively. He added that AAAID intended to maximize the farmers’ returns through strategic partnerships.