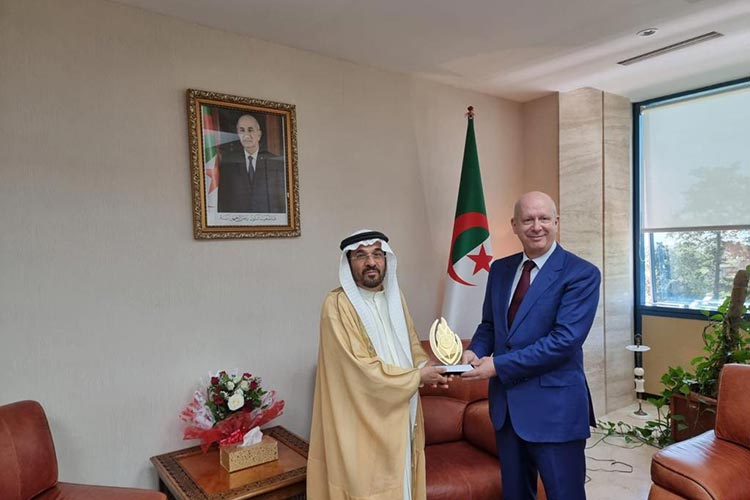 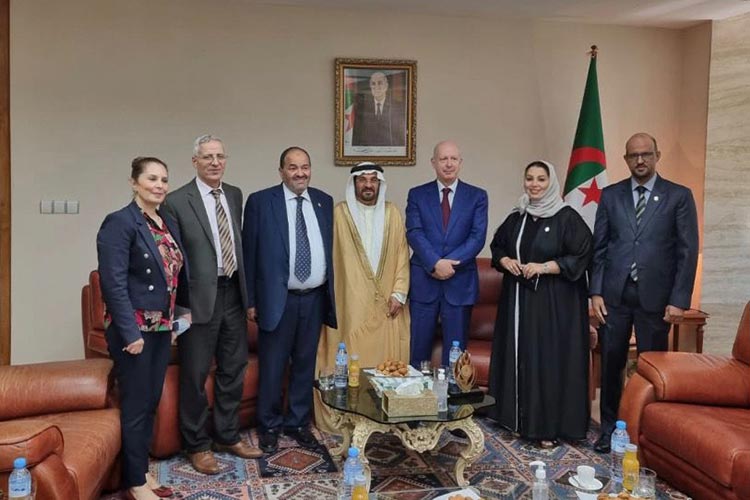 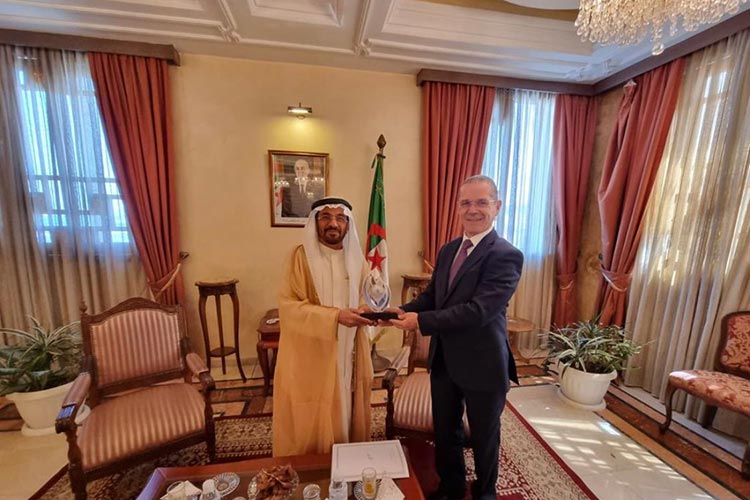 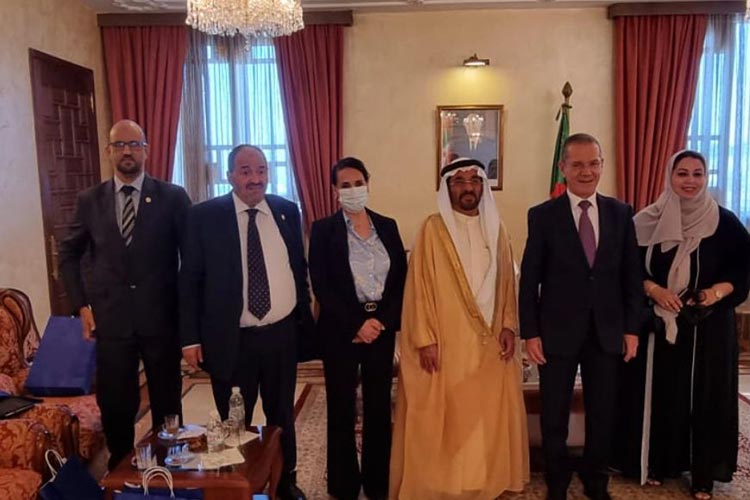 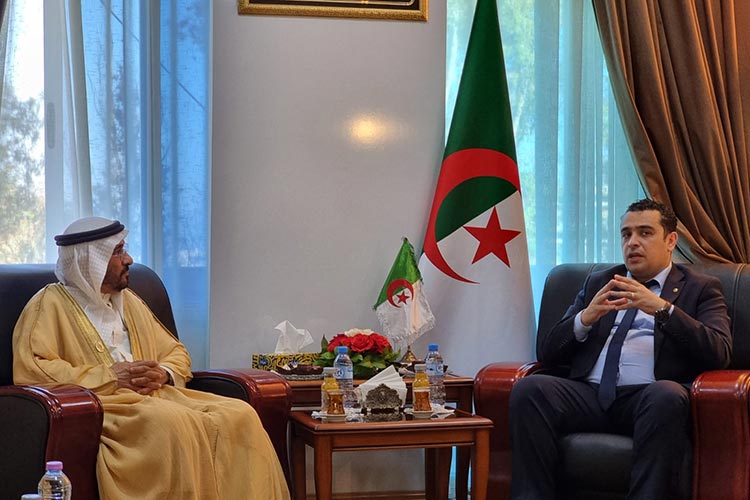 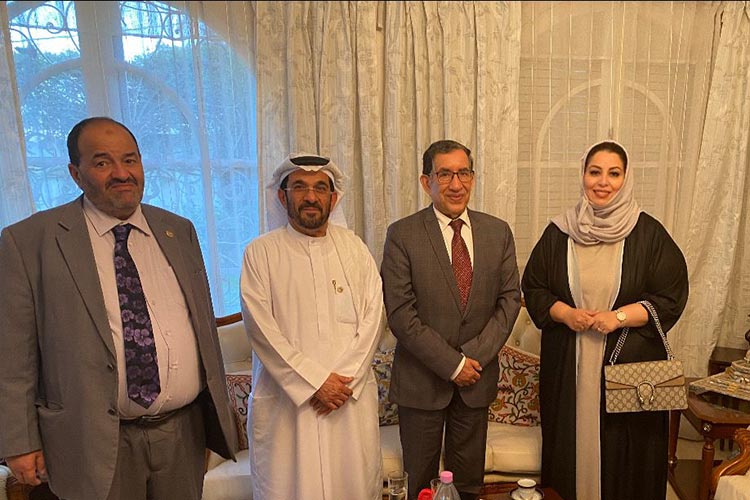 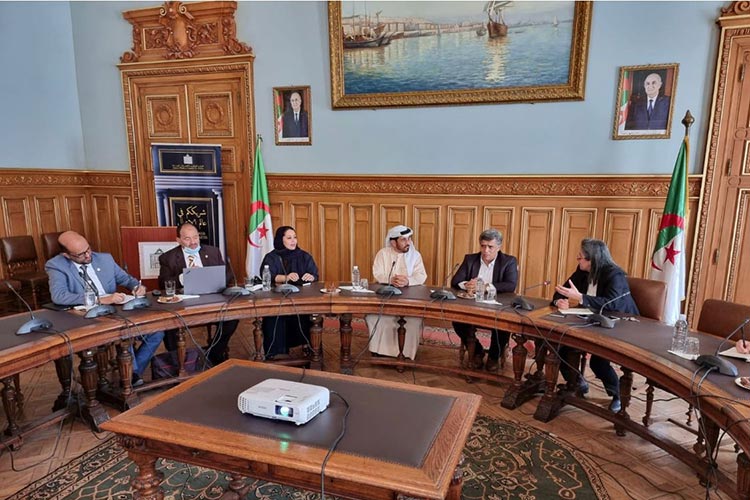 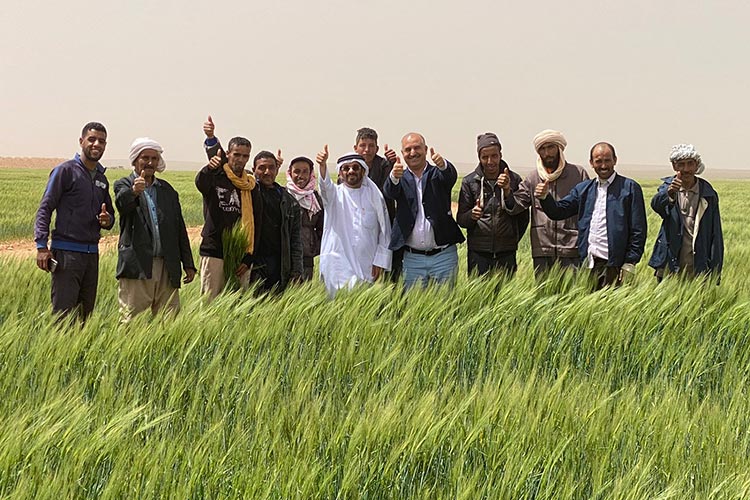 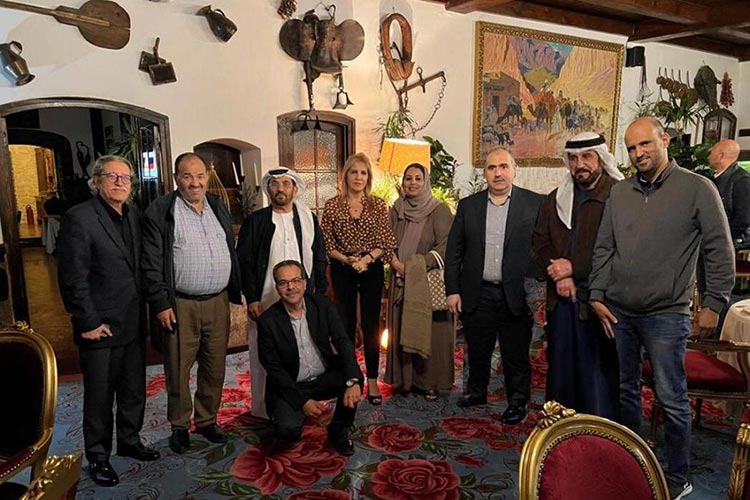 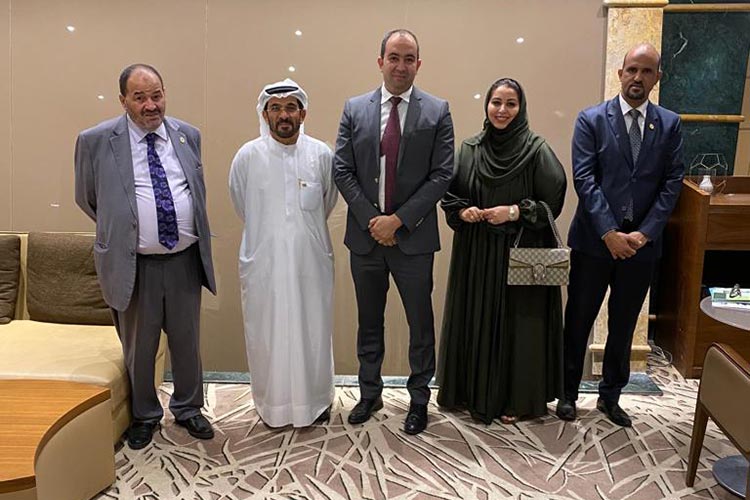 
In an endeavor to single out investment opportunities in the agricultural field, both plant and livestock sectors, and to introduce AAAID’s projects in Algeria, H.E. Mr. Mohammed bin Obaid Al Mazrooei, President and Chairman of AAAID, and his accompanying delegation conducted a series of visits and meetings with the Algerian government’s officials and a number of investors and businessmen.

The visits were made during 9-13 May 2022, to H.E. Mr. Abderrahmane Raouya, Minister of Finance and Representative of Algeria for AAAID’s Board of Shareholders, H.E. Mr. Muhammad Abdel Hafeez Hani, Minister of Agriculture, Rural Development and Fisheries, H.E. Prof. Hisham Sofiane Sallouchi, Minister of Maritime Fishing and Fishing Products, H.E. Dr. Abdulaziz Khalaf, the Advisor to the President of Algeria, and H.E. Mr. Mohamed Amin Darmachi, Governor of Tiaret Province.

H.E. AAAID’s President expressed his gratitude for setting these meetings with the ministers, and gave an introductory about AAAID, its vision, objectives and investments; reviewing its projects in the Arab countries and Algeria in particular, besides illustrating AAAID’s work sectors and its strategy for 2021-2025 as per the investment climate and promising investment opportunities in the Arab region.

For their part, the ministers extended their appreciation, and promised full cooperation and support to overcome challenges that AAAID may face in its upcoming projects in the agricultural and fishing fields, as well as related investments in Algeria, where it is rich with many fish types that are fit for human consumption. Additionally, it was pointed out that about 100,000 tons of traditional fishing are annually produced in Algeria, besides its aim to launch 200 investment projects dedicated to fish farming until 2024 in order to reach a production of 40,000 tons.

A visit was also paid to the Algerian Chamber of Commerce and Industry, where an agreement was made with the Director General to set an investment meeting between AAAID and Algerian investors in order to put forward ideas and promising projects in the field of agriculture and agro-industry. AAAID’s delegation also visited the National Chamber of Agriculture in the Algerian Capital to meet with the Chamber’s Chairman, H.E. Mr. Mohamed Yazid Hambli, who expressed warm welcomes and promised cooperation to provide AAAID with a set of promising ideas and projects in the agricultural field, as well as programs for small farmers and breeders in Algeria.

It is noteworthy that AAAID is conducting studies in Algeria to contribute to an agricultural project by 40% of the capital of Sanabil Alarabia Project, which is an under establishment project aims at producing strategic crops such as grains, fodder and olives in an area of about 5,015 hectares in Tiaret. According to the preliminary study, the project’s investment costs were estimated at about 3.6 billion Algerian dinars (USD 2.46 million); meanwhile during the visit, AAAID’s delegation inspected the initial experiment of cultivating wheat, barley and olive trees that was carried out on the project’s land in Tiaret.

During participation in the activities of the African Investment and Trade Forum hosted by the Algerian Capital, H.E. Mr. Al Mazrooei called for promoting the search for investment opportunities between Arab and African countries in all areas, particularly in agriculture and trade sectors, in order to scale-up investment. In addition, H.E. explained that AAAID is working on increasing agricultural investments in a way that enables optimal use of agricultural and financial resources, as well as scientific competencies to be exploited for the benefit of Arab and African people.

H.E. Mr. Al Mazrooei called upon all African and international investors, as well as development and financing institutions to discuss the available investment opportunities in fields that serve the agricultural sector, and enhance trade exchange between Arab and African countries. H.E. also pointed out the key role that Algeria plays in the activities of AAAID, and the achievements made through its membership in the Board of Shareholders and its representative in the Board of Directors. Moreover, H.E. praised Algeria’s potential as the largest African country in terms of area, the availability of the world’s largest groundwater storage, its strategic geographical location where climate and agricultural crops are diversified, in addition to the great attention paid by the government to agriculture as a strategic sector.

The conference witnessed participation of the Algerian, African and Arab employer organizations, representatives of various ministerial sectors, chambers of commerce and industry, economic operators and experts in economy and finance fields, as well as representatives of regional organizations, banks, national and regional financial institutions, and a number of ambassadors and parliamentarians.