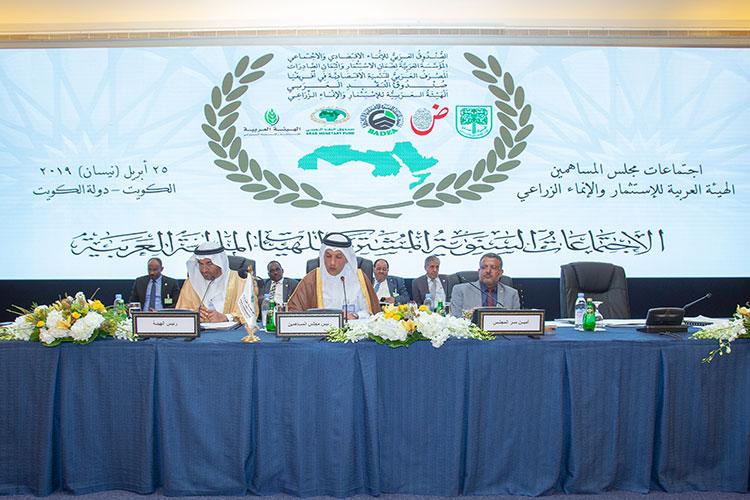 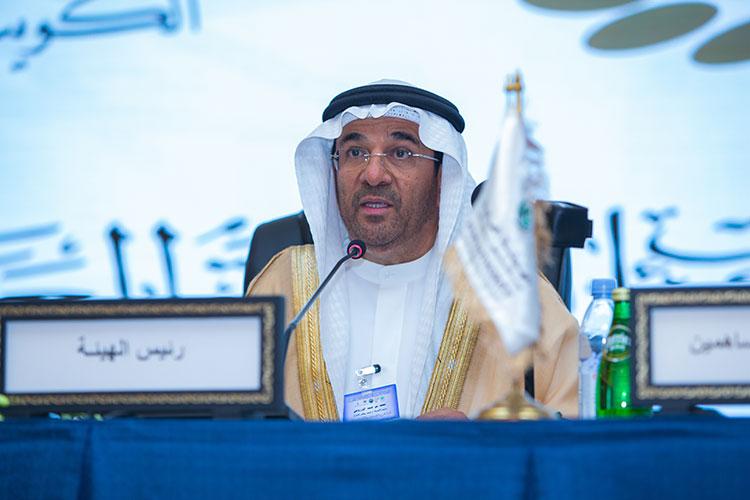 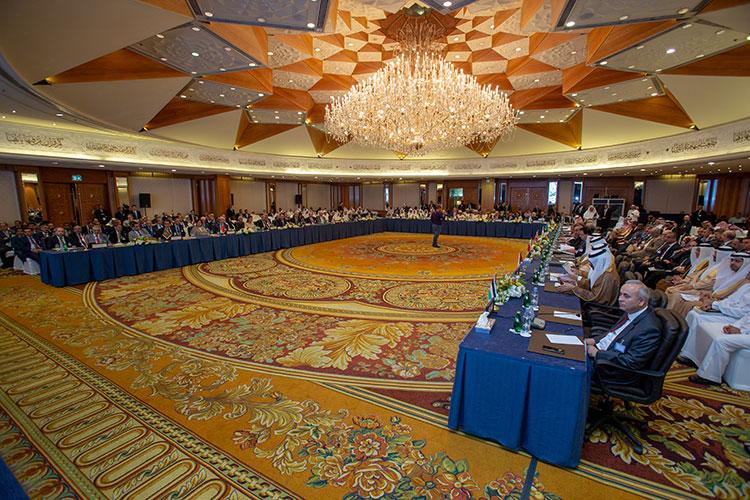 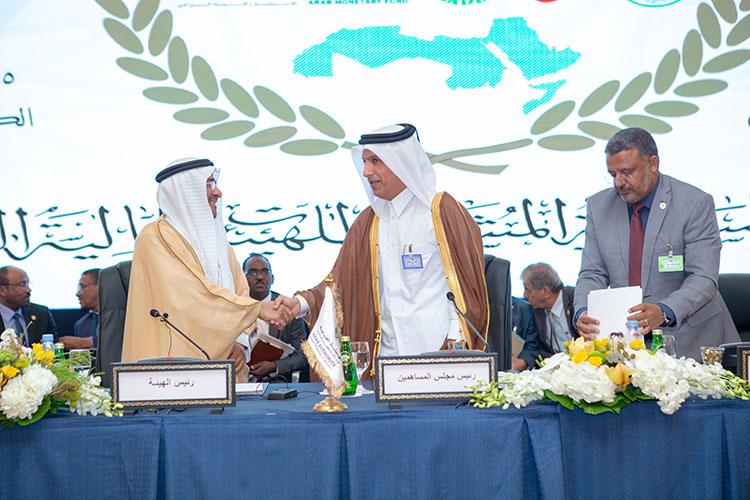 AAAID’s 43rd Board of Shareholders Meeting


The Arab Authority for Agricultural Investment and Development’s (AAAID) 43rd Board of Shareholders meeting was held in Kuwait on 25 April, 2019, as part of the annual joint meetings of the Arab financial institutions, which include the Arab Fund for Economic and Social Development, the Arab Investment and Export Credit Guarantee Corporation, the Arab Monetary Fund, the Arab Bank for Economic Development in Africa, in addition to AAAID. The opening session of the joint annual meetings was addressed by His Excellency Ali Shareef Al Emadi, Minister of Finance of Qatar and Chairman of the Board of Shareholders of the Arab Authority for Agricultural Investment and Development for the 43rd Session.

His Excellency Mohammed Bin Obaid Al Mazrooei, President and Chairman of the Board of Directors of AAAID, delivered a speech in which he thanked His Highness Sheikh Sabah Al Ahmad Al Jaber Al Sabah, Emir of Kuwait, for his generous patronage of the annual meetings of the Arab financial institutions. His Excellency further thanked the Government and people of Kuwait for their warm welcome and generous hospitality, and also expressed his thanks and appreciation to His Excellency the Minister of Finance of Iraq for the positive role he played while presiding over the Board of Shareholders meeting in its previous session.

His Excellency summarized the Annual Report of the Arab Authority for 2018, which indicates that the AAAID achieved a net profit of about USD 12 million, noting that shareholders’ equity amounted to about USD 938 million compared to about USD 890 million for the previous year. Adding that by the end of 2018, AAAID’s total investments in the affiliate companies amounted to about USD 607 million, which represents 84% of the paid up capital of USD 720.7 million. Pointing out that these investments are divided into four major sectors, including the agricultural manufacturing sector amounting to 47%, the animal production sector amounting to 25%, the plant production sector amounting to 24%, and the agricultural services sector with 4%.

His Excellency also explained that in terms of performance of agricultural investments during 2018 and in cooperation with the private sector, AAAID was able to establish (6) new companies working in the areas of production of red meat, poultry, fish, fruits, vegetables and veterinary vaccines, making the number of companies in which AAAID contributes add up to 50 companies. Further adding that during 2018, the Arab Authority implemented a series of programs and development activities aimed at small farmers in the Arab member states reaching a total of 14 programs resulting in about 7 thousand farmers benefiting from the programs. These programs have achieved an increase in the productivity of cultivated crops by 150% compared to previous output results. AAAID also conducted about 20 research experiments to localize new varieties of crops, seeds and modern agricultural technologies. H.E the President of AAAID further explained that the Arab Authority organized a number of events in 2018 to promote the available agricultural investment opportunities and participated in a series of conferences, symposiums, forums and Arab and international exhibitions, which resulted in the signing of a number of agreements and Memoranda of Understanding.

To conclude the meetings, the Board issued a number of resolutions, including the authorization of the budget which was approved as at 31/12/2018, the final and reserve accounts and the Board of Directors’ report on these statements, which were presented as approval of the AAAID Annual Report for 2018. The Board also approved the allocation of 10% of net profits of 2018 to the legal reserve, as well as the allocation of 10% of the net profit of 2018 to support the Palestinian people through Al Aqsa and Jerusalem Fund. The Board further approved AAAID’s investment operations program for 2019 with a KWD 9.1 million endowment, which is equivalent to about USD 30 million, to implement new projects, development programs and structuring programs. The Board of Directors was further authorized to take all necessary executive decisions, bearing in mind that the standard for selecting or contributing to a new project is subject to the existence of the appropriate investment climate and the technical and economic feasibility of the project. The Board also appointed the representative of the Arab Republic of Egypt as Chairman of the Board of Shareholders for the 44th cycle, with the representative from People’s Democratic Republic of Algeria as his Deputy, where they assume their duties effective as of the next meeting.