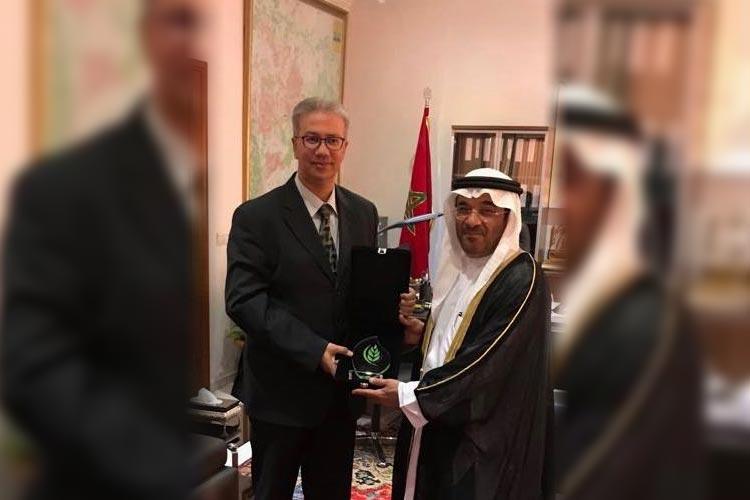 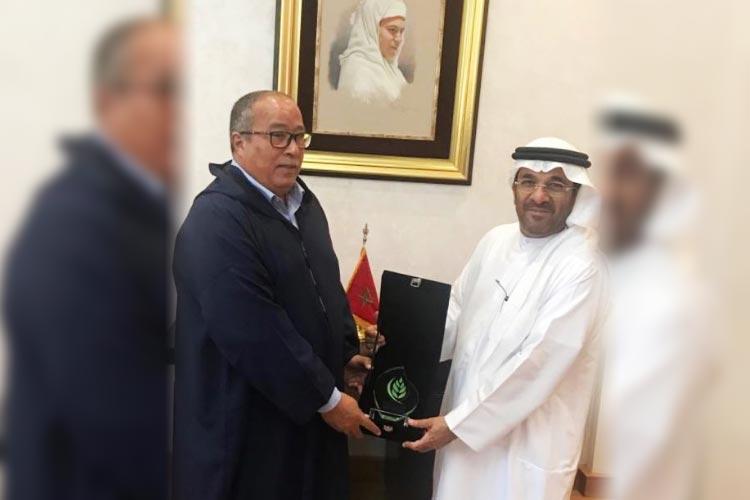 King Mohammed VI calls for the enhancement of the gains in the agricultural field…. AAAID gratifies by hosting the 4th Arab Conference for Agricultural Investment 2020 in Morocco


Following the speech of His Majesty King Mohammed VI of the Kingdom of Morocco that was addressed to the Moroccan Government on 12 October 2018, came the visit of the delegation of the Arab Authority for Agricultural Investment and Development headed by His Excellency Mohammed bin Obaid Al Mazrooei, President of the AAAID. The visit to the Kingdom of Morocco took place during the period 13-19 October 2018.

His Majesty’s speech focused on the need to develop innovative mechanisms to further encourage farmers to become more involved in productive agricultural communities and cooperatives and to follow up their agricultural composition. The agricultural sector could constitute a more dynamic reservoir for employment and improve living conditions and stability in rural areas. His Majesty also called for strengthening of the gains made in the field of agriculture and creating more employment and income opportunities, especially for the benefit of rural youth, which aims to create and strengthen a farming based middle class, and to make them a factor of balance and leverage for economic and social development.

These principles and guidelines were prime incentive for the Arab Authority for Agricultural Investment and Development (AAAID) to proceed with preparations for the organization of the 4th Arab Conference for Agricultural Investment, to be held in the Kingdom of Morocco. This will coincide with the assessment of the results of the first ten-year phase of the Green Morocco Plan in 2020. During the trip, the delegation made intensive visits to officials and stakeholders in the agricultural sector in Morocco, including one to H.E Mr. Karim Kassi-Lahlou, Governor of Marrakech. The Governor praised the role and status of AAAID and its effort in the field of investment and agricultural development in Arab countries in order to achieve and enhance food security. His Majesty also promised full cooperation in establishing and making the conference a success.

The delegation also visited His Excellency Ahmed Akhchichine, President of the Marrakech-Safi Region, who was very enthusiastic and prepared to cooperate, due to his conviction in the objectives of the conference. Additionally, the delegation met with His Excellency Mohamed Larbi Belcaid, Mayor of Marrakesh, who confirmed the readiness of the city to host the conference. To conclude the trip, the delegation also met with a number of advisors and officials from the Ministry of Agriculture and the Ministry of Finance. They were briefed on the plans concerning the conference, its objectives and anticipated results. Several meetings were also held between the AAAID and investors and businesspersons from the private sector. They all applauded the value behind of the conference being organized, and expressed their full readiness to play an active role during the event.

It is worth mentioning that the Arab Authority has a number of existing investments in the Kingdom of Morocco, including Manafid Al Houboub Company, which aims at buying, storing and milling of grain as well as the mobilization and marketing of flour and bran. This is in addition to the project of Domaine Youssef in Meknes, whose activities include the production, collection, sorting, grading, storage, and marketing of fruits, vegetables and juices. AAAID also plans to expand its investments in the Kingdom of Morocco, which has achieved remarkable success under the umbrella of the Green Morocco Plan.